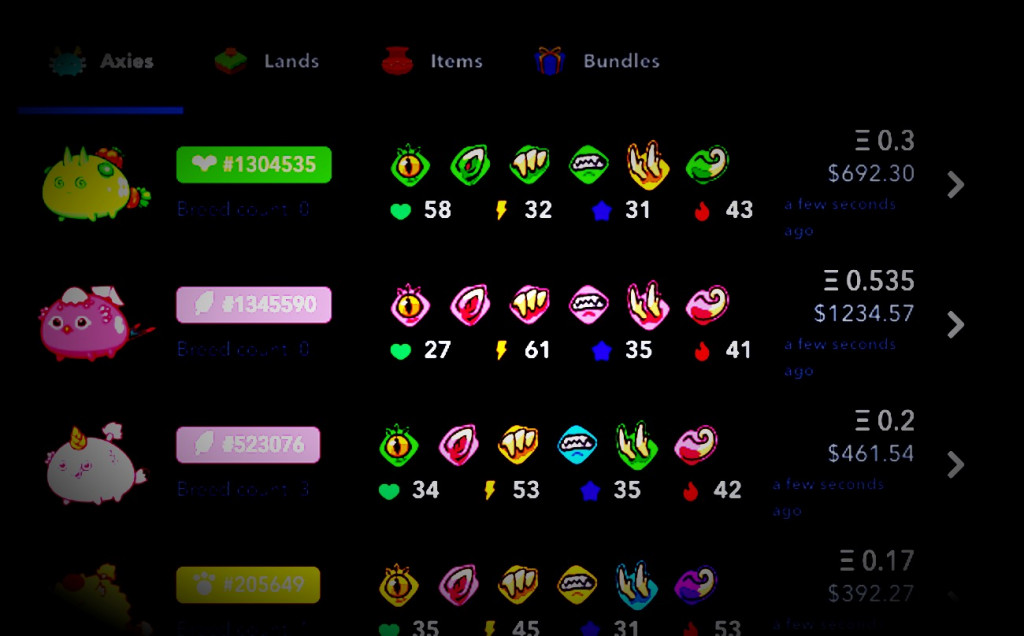 There is always a bull market somewhere. While the crypto market might seem boring now with its rangebound bitcoin trading, the non-fungible tokens (NFT) space continues to buzz. One lesser-known coin coming out of the NFT industry has charted a triple-digit price rally in two weeks.

Axie infinity shards (AXS) isn’t an NFT per se but the governance token of the Axie Infinity platform, an Ethereum-based digital marketplace for the game Axie Infinity. AXS has nearly quadrupled in price to $11 since June 22, according to data source Messari. Such gains have given the AXS token a market value of $638 million.

While bitcoin’s dip to $28,800 observed on June 22 was short-lived, buyers largely remain on the sidelines, leaving the cryptocurrency locked in the range of $30,000 to $40,000. But in the search for yield, buyers are turning elsewhere.

“AXS has been on a tear,” Denis Vinokourov, head of research at Synergia Capital, said. “With all the yield compression in bitcoin futures and decentralized finance, the hot money is now flowing into NFTs.”

Axie Infinity is a blockchain-based trading and battling game that allows players to collect, breed, raise, battle and trade token-based creatures known as “axies,” which are digitized as their own NFTs. Per Startups Zone, new players need to buy at least three axies, while existing players are rewarded for breeding new axies.

Players can trade axies with their AXS tokens, stake their coins for weekly rewards and participate in governance voting. AXS tokens can be purchased, traded, or earned through playing the game, and their maximum supply is capped at 270 million. These tokens can be exchanged for other cryptocurrencies.

Also read: For Filipinos, Axie Infinity Is More Than a Crypto Game

The gaming-NFT economy has boomed in recent weeks. With a 30-day trading volume of $185 million, Axie Infinity has surpassed NFT heavyweights including NBA Top Shots, OpenSea and CryptoPunks to become the world’s biggest digital marketplace, as ranked by their average daily volume over the past seven days, according to DappRadar.

The boom in the play-to-earn economy comes amid falling yields in the bitcoin and DeFi markets.

For example, borrowing rates for tether, the largest stablecoin by market value, have declined to 2.84% on Compound and 1.43% on Aave, from over 10% three months ago, according to LoanScan. Lending rates have also seen a similar decline, converging with the current 1.41% yield offered by the U.S. 10-year Treasury note.

“With the speed at which money appears to be entering the space, the increased stablecoin supply may make it so DeFi never quite sees the consistent 10% plus yields of the last year, a trader told The Defiant.

Therefore, the search for yield could continue to drive demand for Axie Infinity and other play-and-earn setups.

“All things NFT will likely be the main beneficiaries of the said hot money flow,” Vinokourov said, adding Rarible, also an NFT marketplace, as a likely contender for upside along with Axie Infinity.