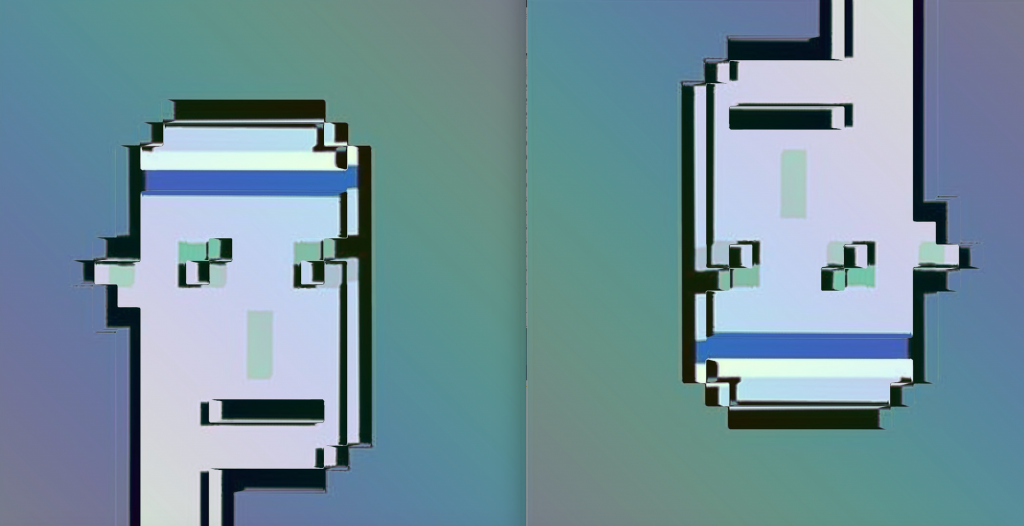 The amount of money flowing into crypto art is matched only by the size of the egos involved. This was on display last week when conceptual artist and crypto gadfly Ryder Ripps sold a copy of a CryptoPunk as his own work.

His listing on the NFT platform Foundation received a copyright notification from Larva Labs, the creators of the CryptoPunk project (in 2017), raising questions about artistic authenticity and the technological limits of non-fungible tokens (NFTs). But Ripps isn’t taking it lying down. He wants to make a point:

CryptoPunks are a set of 10,000 Ethereum-based NFTs, each token corresponding to a unique cartoonish figure. They’re glitchy. They’re kitschy. But some are also worth a ton of money. In February, FlamingoDAO bought an “ultra rare” alien Punk for $762,000. Just two days ago, CryptoPunk #1886 – a zombie character with messy hair and a beard – went for over $1 million worth of ETH. Punks have been auctioned off at Sotheby’s and Christies for millions.

Said to be one of the catalysts of the crypto art boom, Punks are sought after for their blockchain-ensured scarcity and computer-generated rarity. No two are alike. It’s that point Ripps attempted to press with his latest artistic statement, an effort to goad Larva Labs into taking copyright action, he said.

“This work is a critique of NFT and Larva Labs,” Ripps said. In an Instagram post, he went into further detail about how CryptoPunks are devoid of humanity and have become institutionalized by traditional artistic gatekeepers – like very old auction houses. “The glimmer of what was once ‘punk’ about Cryptopunks [sic] is gone,” he wrote.

Welcome to the annoying world of conceptual art.

Jason Williams, who also goes by “Parabolic Guy,” bought the work after seeing the controversy flare up on Twitter. CryptoPunk “die-hards” argue that copies would dilute the value of their holdings. Others thought Ripps’ project failed to advance the crypto art movement.

“As I started to think about it more I figured it would lead to a broader discussion around the DMCA copyright what’s real and what’s not, etc.,” Williams said in a direct message. “And I thought the punk would be very valuable since it is the first DMCA punk that Larva Labs took action against.”

There have been other punk copycat projects. CryptoPhunks, for one, markets itself as “Punks that Larva Labs does not want you to own.” The project was taken off OpenSea initially but has found a workaround for now. Then there’s the mirror world series hosted on Binance Smart Chain.

Part of the issue is that NFTs provide buyers with ownership of a digital token, but not necessarily the work to which the token corresponds. Just as when you buy a painting, that doesn’t mean you can sell the image in the painting to McDonald’s to use as wallpaper in an Egg McMuffin ad. This is a boundary that Ripps has pressed in the past. Although a work of art may not improve upon or transform an original physically, which is a typical stipulation of fair use, it could be introducing a new artistic thought.

“Welcome to the annoying world of conceptual art,” Ripps wrote.