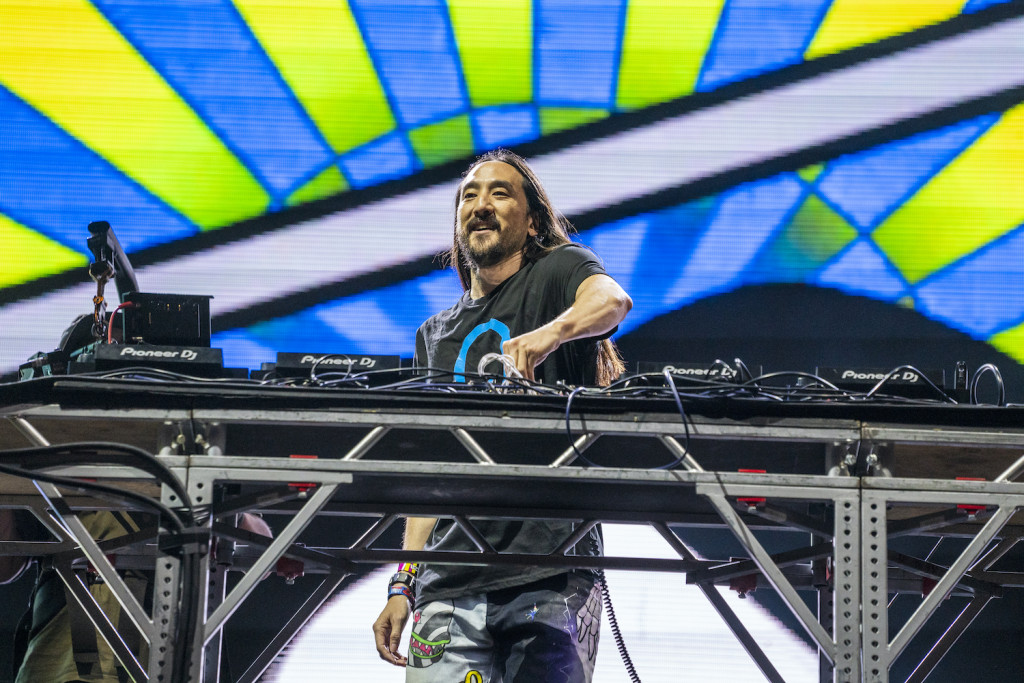 DJ Steve Aoki is doubling down on his stop-motion short “Dominion X” after the non-fungible token (NFT) project’s near-instant sellout earlier this month.

The festival staple has secured financing for a “proper pilot” episode of his trippy, music-infused collaboration with Stoopid Buddy Stoodios, the Seth Green production company best known for Robot Chicken, according to his publicist Mike Jones. He declined to provide details of the financing.

“The enthusiasm around the initial sale gave us the confidence to secure financing for a proper pilot,” Jones said. “Dominion X” sold 500 NFTs in 30 seconds earlier this month, emboldening Aoki on his NFT trip’s silver-screen potential.

Investing in a pilot episode does not guarantee success for “Dominion X”; a distributor like Fox or Netflix would still have to buy the rights, and that’s hardly assured. But it’s the first step on the road to broadcast, and it comes as networks like Fox place nine-figure bets on the intersection of NFTs and television.

Aoki told CoinDesk he wholeheartedly believes that NFTs will be a “part of culture” within five years – TV culture included. Against that backdrop, the self-described “speculator” would naturally try to get a piece of the early action.

What makes a TV show an “NFT show” is far from clear; “Dominion X” is just one of two to make waves this month. The other, a star-studded animated series called “Stoner Cats,” can only be viewed by people who buy associated NFTs.

By contrast, the “level 1” of “Dominion X” can be watched by anyone with an internet connection. Its 500 NFTs are splices of the episode, not keys to the castle. Selling them on Nifty Gateway turned a quick but modest buck – Jones said it “barely covered” production costs.

“Ultimately the goal wasn’t to finance a television show as much as it was to show that there’s a market for original IP on the blockchain,” Jones said.

“Dream Catcher” made millions as it showcased how Aoki’s star power (and more than a hint of market froth) could turn digital art into unusually large artist paydays. Its follow-up, an online-only TV episode, wasn’t trying to top that so much as show the idea had legs.

The market responded with a load of fast cash on Aug. 2. Packs containing one of 10 scenes sold out within 30 seconds on Nifty, said Adam Bauer, a representative for Ether Cards, the startup that minted NFTs of the three-minute short.

Owners traded over $50,000 worth of “Dominion X” NFTs in the week that followed, Jones said, generating more revenue for Aoki and his team. That’s because the NFT smart contract takes a hard-coded 10% cut of every sale on the secondary market.

He’s hoping to “exponentially” goose those sales with the upcoming rollout of “collectors rewards” that make the lot more appealing, in part by making each NFT more interactive.

“Everyone in this space is always thinking about how to level up, how to keep adding more utility,” Aoki told CoinDesk during a sidebar at Chicago’s Lollapalooza earlier this month.

Holders will be able to exchange Dominion NFTs for un-minted scenes, according to Ether Cards. And the buyer of the 1-of-1 NFT will be listed as “Dominion X” co-producer if the show ever gets made.