State of Crypto: The Crypto Provision in the Infrastructure Bill Now Depends on Non-Crypto Issues 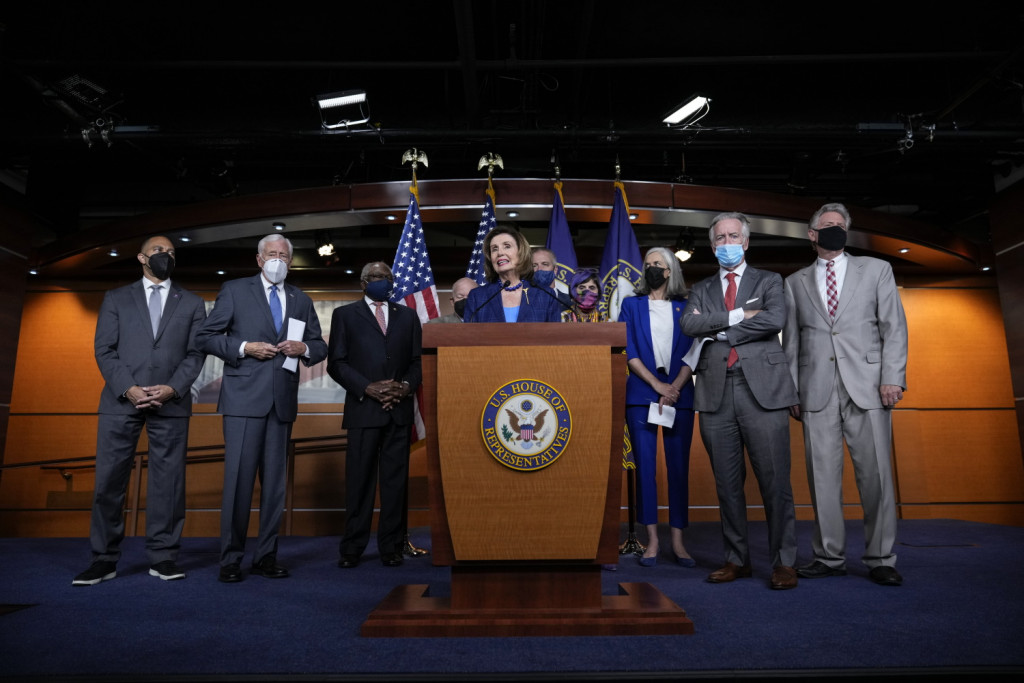 The U.S. House of Representatives will start debating a bipartisan infrastructure bill next week, but Democrats are threatening to withhold their support for it for various reasons. This means the fate of a crypto tax provision might depend on whether another bill makes its way out of the Senate.

The Senate passed its version of the infrastructure bill to the House of Representatives last week. The House will return from its vacation next week to try and pass the bill. But while we may be focusing on the crypto tax provision within the proposed law, issues completely unrelated to crypto might determine if the bill is passed or whether the crypto language is modified.

The crypto industry pulled together to try and change the crypto tax provision in the infrastructure bill last week. This effort failed, and industry watchers are now looking to the House. But just as in the Senate, there will be politics around the bill that aren’t related to crypto.

It seemed pretty crazy that a massive tax authority provision about crypto was included in a much-more-massive must-pass infrastructure bill. Now the bill is on its way to becoming law despite surprisingly unified opposition to the provision (I mean from both crypto advocates and some of the more skeptical voices in this industry). However, this bill might be headed to a similar fate in the House of Representatives.

We all know what happened last week, but here’s the short version: Despite an intense, week-long effort to change a questionable crypto tax provision in the Senate’s $1 trillion infrastructure bill (of which ~$550 billion is new spending), the Senate passed the original version of the language, which seeks to raise $28 billion over 10 years. The House of Representatives announced on Tuesday that it will cut its August recess short and return on Aug. 23 to consider the legislation.

I wrote a few weeks ago that Congress including crypto in its infrastructure package means lawmakers think the industry is robust enough to stick around for a while. Nevertheless, a lot of what happens with this bill will depend on politics outside of the crypto world.

The House of Representatives is currently controlled by the Democratic Party, with a very slim majority (220-212). That means if any Democrats vote against the bill or choose not to vote, the gap would have to be made up through votes from the Republican side, but who even knows how many Republicans might vote for the bill.

There is definitely division within the Democratic ranks on voting for the infrastructure bill, however. There is a group of progressive Democrats who are threatening not to vote for the bipartisan infrastructure bill unless the Senate passes a much larger $3.5 trillion package, which likely won’t happen until autumn.

However, a (smaller) group of more moderate Democrats are now threatening to vote against working on the larger package unless the House first passes the smaller, bipartisan bill.

I’m sure we’ll get more clarity about how this bill will progress after the House returns next week, but at least at the moment whether the bill passes at all, let alone with amendments to address industry concerns about the crypto provision, is very unclear.

Other real-world issues might also take precedence over the infrastructure bill negotiations. Lawmakers are going to react to the U.S. military’s withdrawal from Afghanistan, and the looming humanitarian crisis may be a priority for House representatives.

To be sure, there’s bipartisan opposition to the language of the crypto tax provision in the bill as it’s currently drafted. That’s not in dispute. Most recently, Rep. Anna Eshoo (D-Calif.), an influential Democratic lawmaker who represents parts of Silicon Valley, wrote an open letter to Speaker of the House Nancy Pelosi (D-Calif.) asking her to adopt an amendment introduced by Senators Pat Toomey (R-Pa.) and Cynthia Lummis (R-Wyo.) and supported by Rob Portman (R-Ohio), Mark Warner (D-Va.) and Kyrsten Sinema (D-Ariz.).

It’s unclear to me, however, whether this type of support is enough for Congress to actually change the language. We saw this same sort of support in the Senate. But it didn’t count for much after Sen. Richard Shelby (R-Ala.) tried to attach his own amendment for military funding to the Toomey-Lummis-Portman-Warner-Sinema effort.

“Because there’s a difference of opinion on whether or not the Senator from Alabama should get a vote on his amendment, the body is refusing to take up an amendment that has broad bipartisan support, that we all know fixes something that badly needs to be fixed. This isn’t a whim of the Senator from Pennsylvania – there is nobody who disputes that there’s a problem here,” Toomey said in floor remarks after his push for unanimous consent failed.

Still, the House will be discussing the bill and this may include amendments. It’s not guaranteed at this point whether any amendments will be considered, but it’s worth maintaining an eye on it. We’ll be talking more about that as we get closer to the House’s return.