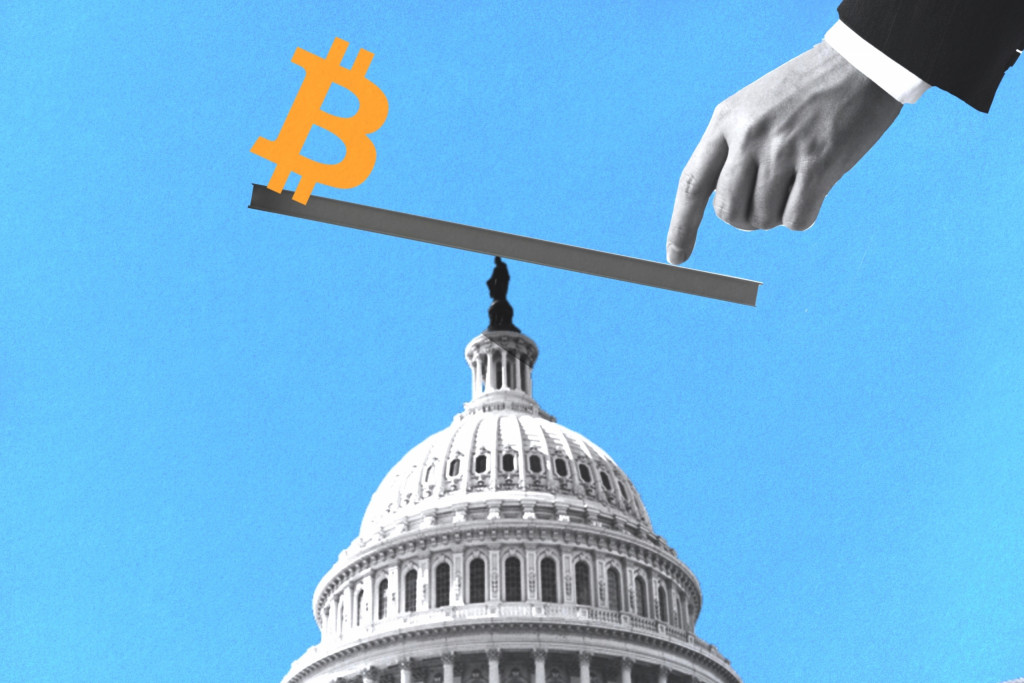 When the “Conversation” section in last Friday’s newsletter covered the swirling congressional debate over the crypto provision in the U.S. Senate infrastructure bill, it was already a big story. But what happened over the next three days took it to a new level. Officially, the debate ended in a loss for the crypto community, but as this week’s column points out, it actually played out as a positive watershed moment in the technology’s public profile.

As the column highlights, the legislative battle captured a new-versus-old struggle. That’s also the core theme of this week’s podcast episode, whose news hook is the 50th anniversary of one of the most important and most underappreciated events of the second half of the 20th century: the removal of the dollar’s peg to gold on Aug. 15, 1971. With Cornell economic professor Eswar Prasad and CoinDesk podcast managing editor Adam B. Levine as our guests, Sheila Warren and I dig into the legacy of that event and how it frames the coming digital currency war.

Have a listen after reading the column.

Every now and then a loss can be viewed as a victory.

That’s how I feel about the crypto community’s prodigious but ultimately failed attempt to get the Senate to amend a highly damaging cryptocurrency surveillance provision in its infrastructure spending bill.

The episode, with a made-for-Hollywood plot in which thousands of highly motivated activists were, in the end, obstructed by a single, self-interested senator, has made it easier to tell crypto’s story of inexorable change. The industry is now armed with the same basic narrative that revolutionaries and activists have carried throughout history, one of a persistent struggle that will eventually be victorious when the old inevitably gives way to the new.

You’re reading Money Reimagined, a weekly look at the technological, economic and social events and trends that are redefining our relationship with money and transforming the global financial system. Subscribe to get the full newsletter here.

As my colleague Emily Parker noted this week, the crypto community needs to get better at telling its story. Even as Bitcoin advocates keep touting the benefits of a decentralized, peer-to-peer exchange and of a provably scarce store of digital value, the idea has mostly failed to resonate with a large enough swath of the general public. While attitudes are clearly shifting as crypto adoption expands, that mainstream understanding gap makes it possible for the likes of Sen. Elizabeth Warren (D-Mass) to rail against the “dangers” of crypto.

But the past week feels like a turning point.

It started out when Sen. Rob Portman (R-Ohio) inserted a provision into the infrastructure spending bill that would increase the tax reporting requirements of cryptocurrency exchanges and capture an estimated $28 billion in new tax revenue (as a contribution to the bill’s $1 trillion-plus price tag).

The biggest problem with the provision was the sweeping, catch-all language of what constitutes a “broker,” which crypto industry lawyers argued would be prone to wide interpretation, potentially capturing miners and open-source developers in an obligation to report to the Internal Revenue Service. As we argued in an editorial on Monday, the provision as written raised the specter of draconian surveillance of people’s day-to-day transactions, would drive crypto innovation offshore and was quite probably unenforceable.

Almost immediately, crypto advocacy groups including Coin Center, the Blockchain Alliance, the Digital Chamber of Commerce and the Association for Digital Asset Markets (ADAM) sprung into action. They managed to convince Senators Ron Wyden (D-Ore), Cynthia Lummis (R-Wyo.) and Pat Toomey (R-Penn.) to sponsor an amendment that would narrow the responsibility for reporting to exchanges providing custodial services to their customers and exempt miners and developers from its requirements. The bipartisan nature of that sponsorship was key.

With the aid of some savvy social media campaigning by Fight for the Future, these groups successfully motivated thousands of crypto enthusiasts to call, email and tweet at their senators, urging them to embrace the Wyden-Lummis-Toomey amendment. This mass action made it clear that, while the lobby groups themselves are funded by crypto enterprises, their real power comes from crypto investors and others engaged in the industry who are strongly motivated to participate in grassroots campaigns. It gave it the feel of a popular message, not just one coming from vested interests.

The campaign was immediately impactful. Lawmakers from both houses of Congress and across the political divide started weighing in in support of the amendment and criticizing the original provision as a threat to American leadership in innovation and as a breach of privacy.

Even Portman himself acknowledged that the Senate should look at tweaking the provision’s language to remove its ambiguities.

His first formal attempt to fix it – a competing amendment co-sponsored with Senators Mark Warner (D-Va.) and Kyrsten Sinema (D-Ariz.) in line with the White House and Treasury Department’s wishes – arguably did more harm than good as it tried to distinguish between proof-of-work and proof-of-stake in a clumsy attempt to keep developers of the latter within the purview of the law.

But eventually, the three of them reached a deal with Wyden, Lummis and Toomey, drafting a new amendment Monday that all six senators were happy with and that crypto advocacy groups such as Coin Center said they could support. Just getting to that point was an impressive achievement for the crypto community.

What happened next was almost comical.

Put to a consent vote requiring 100% approval, the new amendment won the support of 99 out of 100 senators. The holdout was Richard Selby, a Republican representing Alabama. He refused to sign unless an additional $50 billion defense contracting provision was added to the bill. That was rejected by Sen. Bernie Sanders (I-Vt.), and so the do-or-die amendment vote failed, which meant the bill’s original crypto provision remained intact, despite universal recognition of its problematic wording. (Shelby even acknowledged that it was flawed.)

Many in the crypto community speculated that Shelby was more motivated by protecting the interests of his Wall Street donors than the defense industry. After 35 years in the Senate, he is due to retire in 2022, feeding a conspiracy theory that, in doing the anti-crypto bidding of bankers, he was paving the way for his staffers to get jobs on the Street when he leaves.

Whether true or not, the image of a white, elderly man who has occupied his office since the Cold War petulantly refusing to support sensible legislation that’s pro-innovation and designed to maximize long-term tax revenues, all because of his own narrow, special interests, is just what crypto needs.

Juxtaposed against the grassroots campaigning of tens of thousands of crypto enthusiasts around the country, many of them many generations younger than Shelby, his stubborn resistance has become the perfect image of the old guard resisting change to protect its own interests. It speaks directly to the very problem of centralized gatekeepers that Bitcoin and other blockchain technologies seek to get around.

If crypto advocates need an image with which to illustrate that problem, what could be better than that of an aged, out-of-touch senator, captured by corporate interests, blocking the wishes of every other senator. In this case, he is literally “The 1%.”

Now, as the fight over the bill goes to the House of Representatives, the community is rightfully invigorated. Sure, there’ll be plenty of resistance from other self-interested congressmen, which means this stupidly worded crypto provision could yet still become law.

But even if that happens, the moral victory has been won. The once fringe-dwelling crypto community finds itself legitimized, which will eventually result in a policy environment that is constructive to the industry.

The plot has changed, with a conclusion that looks far more friendly to the industry than that which its opponents have wanted to write.

Off the charts: Penguins and punks

We’re in the midst of a mania, a mania for pudgy penguins, crypto punk and bored apes. I talk, of course, of non-fungible tokens.

Trading volumes on the NFT marketplace OpenSea is the best way to represent this mania. Check this chart that CoinDesk’s Shuai Hao created from data provided by Dune Analytics.

Soaring August volumes on OpenSea show that the NFT craze still has legs. When NFT prices went sky-high earlier this year, only to fall fast, many observers said the market was all hype, but these numbers suggest otherwise. What matters now is less so the prices and more so the volumes.

This is not to say that prices aren’t getting elevated too. We’re not talking about numbers like $69.3 million that Beeple’s “The First 5,000 Days” fetched in March. But the 400 ether ($1.3 million) that someone paid for this image from the Bored Ape Yacht Club series is hardly chump change.