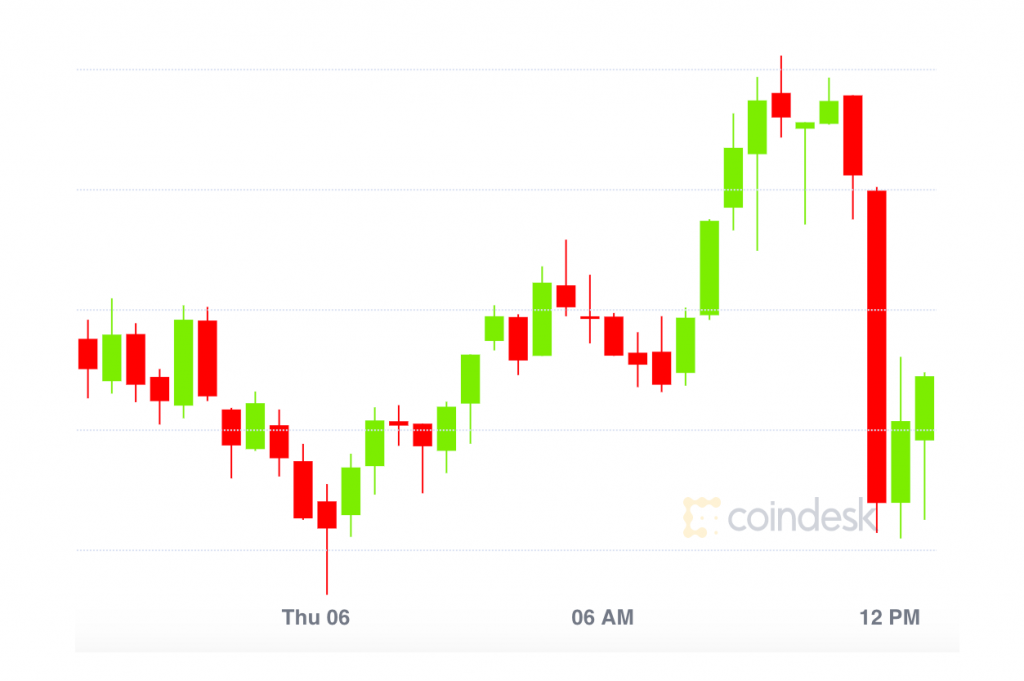 The tokens of the Ethereum blockchain’s competitors are making huge gains Thursday, while ether set a new price record above $3,600.

Bitcoin has less than 10% of gold’s market capitalization but could continue to differentiate itself from the yellow metal and grow its piece of the total market-cap pie.

Big-time gainers Thursday included tokens associated with blockchain projects that aim to replicate some of the key attributes of Ethereum, mainly programmability.

In the past month, ethereum classic (ETC) has gained over 1,250%, while cardano (ADA) has jumped 238% and eos (EOS) is up 42%, according to Kraken spot data provided by charting software TradingView.

The gains come as the giant Dutch bank ING used a recent report to throw some support behind the notion of programmable money used for decentralized finance, or DeFi.

“The recent bull run of ETH has shed some light on competing projects to the Ethereum value proposition, which can be bundled into a category that we can call a ‘sector,” said Elie Le Rest, partner at trading firm ExoAlpha. “The crypto market tends to work on comparable principles, meaning that if a coin of a ‘sector’ has been doing great, such as ETH in the ‘layer 1 sector,’ then other coins of this same sector may follow a similar trend.”

Layer 1 refers to blockchains that can serve as the foundation for various programming languages to create applications, known as smart contracts, that perform financial functions. Ethereum is a layer 1 smart-contract blockchain; ETC, ADA, and EOS are similar.

A Wall Street Journal article published Thursday highlights that retail investors are searching for value coins. Ethereum classic may no longer fit that bill, currently priced around $130, according to CoinDesk 20 data, but cardano priced at around $1.63 and eos at a little over $12 certainly do.

“Interest has flowed out of bitcoin and into [altcoins] for the time being. People are looking further out the risk spectrum for returns,” noted Ciaran Neilan, an executive at crypto market maker GSR.

Bitcoin’s dominance, its share of the greater cryptocurrency market cap, is one sign of a loss of interest for the world’s oldest cryptocurrency. As of press time, BTC dominance, according to chart provider TradingView, was at around 45%, a low not seen since July 2018.

During the last bull market, at the start of 2018, bitcoin’s dominance dumped to an all-time low of 35% as investors redeployed their bitcoin gains into alternative cryptocurrencies.

Early this year, bitcoin dominance went as high as 72%. GSR’s Neilan said that dominance percentage will likely return. “It will end how it usually does,” Neilan said. “BTC consolidates, then takes back the headlines.”

Institutional interest, price of ether higher than ever

The European Investment Bank (EIB) issuance of a $121 million bond on Ethereum as another sign of institutional support for the ether ecosystem.

“I think ether has benefited from the recent Berlin upgrade,” Jean-Marc Bonnefous, managing partner at investment firm Tellurian Capital. “For once we have a new all-time high and lots of DeFi activity without a simultaneous explosion of gas [transaction] fees.” The EIB bond issuance could be another sign of institutional support for the ether ecosystem, he said.

In the ether derivatives market, ETH futures are now at $10 billion – an all-time high. More sophisticated investors are entering the market and requiring more complex instruments. In the past month, open interest in ether futures has climbed by 47% across major venues.

“I don’t think this is the last we’ve heard from bitcoin, perhaps just a breather on its march to gold’s market cap,” Coolican said. Bitcoin’s current market capitalization is over $1 trillion, according to CoinGecko, versus gold’s more than $11 trillion.

The correlation between the two assets, according to data aggregator Coin Metrics, is near zero, which means their prices are no longer moving in sync as they were for most of last year. In October, the metric passed 0.6. A 1 would signify perfect synchronicity.

“Another leg up for bitcoin is not expected anymore, which is why it’ll likely happen,” Al-Mashita told CoinDesk.