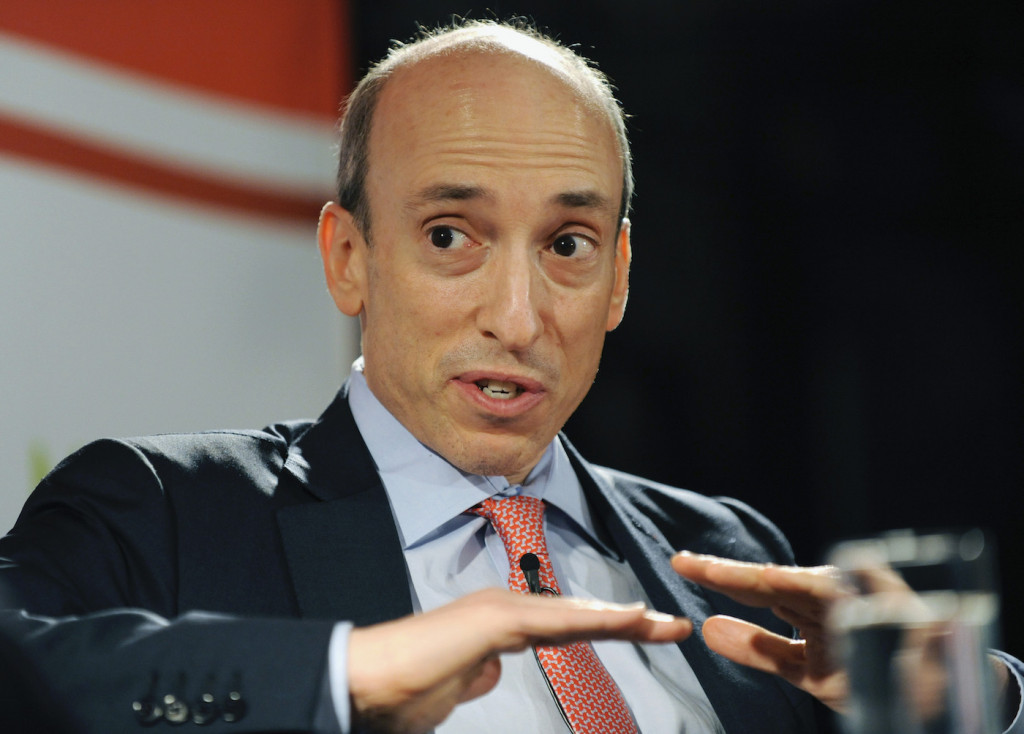 In an interview published this morning in The Wall Street Journal, Securities and Exchange Commission head Gary Gensler declared that decentralized finance (DeFi) systems, which facilitate token trading on Ethereum and other smart contract blockchain platforms, could be subject to securities regulation. We’re definitely going to see thousands of anon plebs on Twitter and Telegram bloviating about how “you can’t regulate DeFi, it’s decentralized” and slamming Gensler as some sort of malicious know-nothing.

But the truth is that he’s saying out loud what most crypto insiders know all too well: the “De” in DeFi is, quite frequently, utter nonsense.

Close observers have warned for years that many crypto systems (not just in DeFi) are engaged in so-called “decentralization theater.” In principle, DeFi should share the uncensorability and irreversibility of a pure cryptocurrency like bitcoin, but this is rarely true.

Centralized administrators of systems can often be seen stepping in to mitigate or reverse hacks, for instance. The aftermath of the recent Poly Network hack has involved frequent and direct intervention from a centralized team, including the decision to offer the hacker amnesty and a $500,000 bounty for return of the funds.

Another classic example of decentralization theater is the practice of establishing nonprofit “foundations” to manage a system. The implication of that structure was that a network like Tezos was just sort of discovered in the wild and the Foundation is a disinterested third party that came along to nurture it. This is basically never what’s actually happening.

Another example, cited in the Journal piece but not by Gensler himself, is the issuance of “governance tokens” to the users of DeFi systems. These tokens nominally grant users the right to vote on decisions about how the system is administered. But in some cases, such as Blockchain Credit Partners, this is a pure ruse: The SEC alleges BCC issued governance tokens but was actually run by two men. In other cases, which would be more complex to adjudicate, governance rights may be genuinely distributed but not exercised, leaving power in the hands of a few by default.

The intent of decentralization theater has been, often and obviously, to blow dust into regulators’ faces, confusing them and slowing enforcement long enough to let a system grow – or, more cynically, long enough to fill some bags.

Gensler, as the kids say, sees what you did there. He told WSJ that the term “DeFi” is “a bit of a misnomer,” because “There’s still a core group of folks that are not only writing the software, like the open-source software, but they often have governance and fees,” Gensler said. “There’s some incentive structure for those promoters and sponsors in the middle of this.”

In theory, enforcement actions against DeFi systems would vary depending on these specific circumstances. A truly and solely code-based, open-source platform run by a community rather than a committee would have no central figures to prosecute, nor any “off switch” that could shut it down.

Gensler does actually seem to understand the distinction, which could be a huge boon for genuinely decentralized DeFi systems. But the hard truth is that the incentives in play suggest such instances are probably rare. Designing and maintaining DeFi systems is labor intensive and risky, but funneling system profits back to developers doing the work would very likely in itself undermine claims to decentralization.

As a result, DeFi in its current form wasn’t launched by a bunch of would-be Satoshi Nakamotos who gifted the world with their creations and then left them to fend for themselves. For the most part, they’re still around reaping profits and fixing bugs, and that chicken was always going to come home to roost eventually.