Most Influential in Blockchain 2017 #8: Erik Voorhees 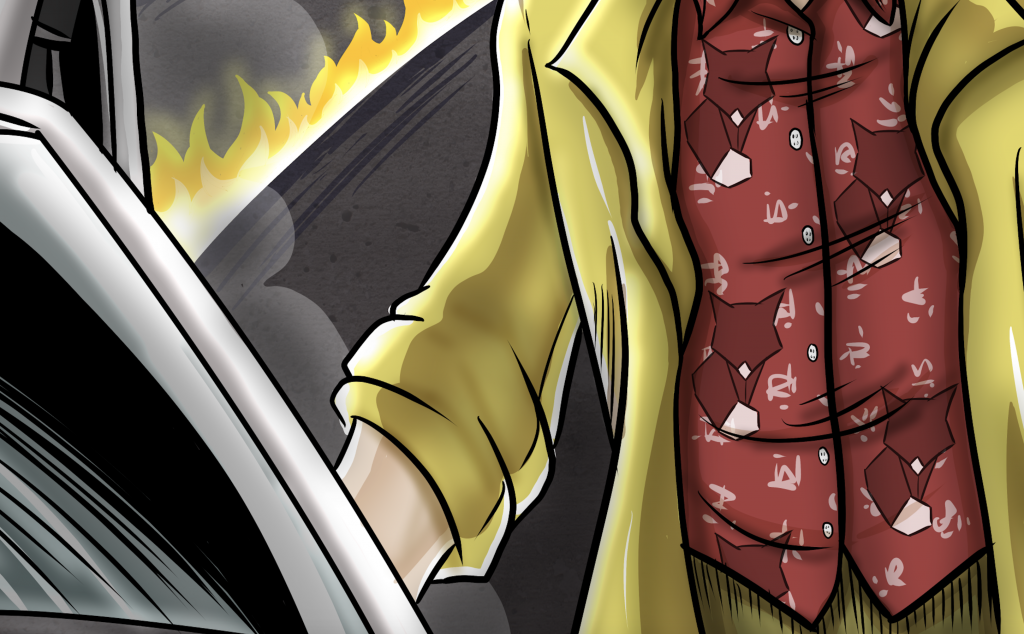 This is an entry in CoinDesk’s Most Influential in Blockchain 2017 series.

“You’ve invited a philosopher, and the curse that comes with that, is you have to hear a bit of philosophy.”

And as promised, that’s just what Patrick Byrne, CEO of e-commerce giant Overstock.com, proceeds to provide. It may be the depths of January, but Byrne is bringing his own form of heat to the roomful of bitcoin insiders assembled for the annual “Satoshi Roundtable” retreat in Cancun, Mexico.

Nearly two years into a debate over how best to alter bitcoin’s software (and still months away from anything resembling a path forward), much of the event’s itinerary centers on the issue, or as much as it can before devolving into either acrimony or aimlessness.

Fresh off a leave of absence from his company, though, Byrne adds a burst of life to the proceedings. Taking center stage for a speech, he rifles through a brisk dialogue that equates bitcoin with the American Revolution and pokes fun at major banks.

“They have not internalized how much they have to change. You’ve shown up with a Ferrari and they’re insisting on putting a lawnmower in it,” Byrne quips.

This rapid pace of play soon takes a pause, however, when Byrne points to a man with his hand raised in an effort to ask a question. Byrne soon balks at the name. “Voorhees, the Erik Voorhees?” he asks.

On affirmation, what starts out as surprise quickly turns to reverence, as Byrne nods, bends at the middle and begins a short series of bows. “I’m not worthy,” he says a few times in a sing-song tone.

Looking back on the incident some months later, Voorhees is still taken aback by the gesture. Speaking from the offices of his startup ShapeShift, nearly a year removed, he admits he’d never met Byrne before that moment, and that he hasn’t exactly had much contact with him since.

“It was nice, I didn’t know if he knew who I was,” Voorhees remarks.

Still, there’s an obvious shared camaraderie, one Voorhees traces back to not just their interest in cryptocurrencies, but the way in which they’ve approached advocating for the technology, often in protracted fights with U.S. regulators who don’t see eye to eye with their philosophy.

And in Voorhees, Byrne finds rare company, as the entrepreneur’s own battles against the government stretch back years, to a time when he was just a man defending bitcoin on message boards. But if Voorhees was an oddity then, he’s perhaps more remarkable now in that he’s remained, always a touch out of step with the mainstream.

Whether it’s taking left-of-center positions on bitcoin’s technical roadmap, how industry business should be structured to maximize growth or the nature of cryptocurrency as money, Voorhees remains the shapeshifting fox his company’s logo enshrines.

One of the earliest evangelists for cryptocurrency (his online posts on the matter date back to 2011 and 2012), Voorhees is now one of its most distinguished entrepreneurs.

An early employee at its first major startup, New York-based BitInstant, he later founded and sold a gambling platform called SatoshiDice that was so popular it congested the bitcoin blockchain before scaling was even a widely acknowledged concern. Still, SatoshiDice was not without its critics, including the U.S. government, who fined Voorhees for the unauthorized exchange of cryptocurrency for startup equity.

If that sounds familiar, that may be because the model is en vogue these days, with so-called initial coin offerings (ICOs) performing similar sales on an almost daily basis. Since 2013, sales of custom cryptocurrencies have resulted in nearly $4 billion in project funding.

“I wish tokens were a thing back then. I went through all that risk and all that crap,” he says, reclining back in his corner office chair.

If that’s the case, though, ShapeShift’s new office complex also doubles as a statement on how far he’s come, and also how he’s always been a bit early to the future.

Complete with reclaimed wood tables, catered lunch for employees and ample room for expansion, the office is a living I-told-you-so to the naysayers who mocked Voorhees for being one of the few to embrace the idea cryptocurrencies beyond bitcoin had any value.

Yet, the growth of his company, which hired more than 50 people in 2017, at the time when many early bitcoin startups are struggling or pivoting, is credence to his foresight.

What started as a website that offered the ability for users to swap cryptocurrency without a counterparty now has five total offerings – its eponymous ShapeShift service; PRISM (a synthetic asset portfolio built on ethereum); KeepKey (a hardware storage offering); CoinCap.io (a data provider); and Arbiter (a stealth initiative).

But for Voorhees, the success has come with trade-offs. Namely, he hasn’t been able to be quite as visible – and outspoken – as he once was.

“When you run a company, you can’t also be super political. You have a target on your back; I have to censor myself all the time,” he says.

For one, he’d like to be more outspoken about the relationship between money and the government, the subject for which he first rose to renown in the industry.

Before he was an entrepreneur (struggling or successful), he was a blogger, authoring long thought pieces on the nature of politics and money, and how cryptocurrencies, by effectively moving the tools for money creation back into the hands of the people, were destined to upset this balance.

And for all there is to manage at ShapeShift, Voorhees still tries to keep in touch with his Libertarian roots. Case and point, the weekend before the interview, Voorhees was supposed to visit Ross Ulbricht, the founder of online dark market Silk Road, now serving life behind bars for his creation.

Though he’s never met Ulbricht, Voorhees likens his planned two-hour drive, delayed due to an abrupt hand surgery, to a kind of pilgrimage, one that acknowledges Ulbricht’s influence in building what was essentially the first large-scale business of any kind run exclusively on blockchain payments.

“He’s in jail forever at least until we bust him out. So, I want to go talk to him and let him know that he’s not forgotten about,” Voorhees says.

But if all this makes you think Voorhees has a bit of a fetish for oppression, he pushes back against the claim. A fairly new father, he says he’s eager to avoid a similar fate.

It’s the first of many statements in which Voorhees seems to see himself as someone bound to his beliefs, at once optimistic they’ll be vindicated, but also prepared to accept the outcome of their adherence.

On windswept streets, this predilection is on display again as Voorhees begins tearing into the meat of the subject we’ve been dancing around, his role in the industry in 2017, one that was primarily (publicly at least) defined by his support for failed bitcoin scaling proposals.

Like many other entrepreneurs, he signed a statement of support for the Segwit2x software upgrade that would have changed bitcoin’s code to increase its block size parameter. The backlash was shift, and without broad support, many CEOs pulled out over customer complaints and general in-fighting.

On the subject of how he emerged from that still respected – if voting on our ‘Most Influential’ poll is any indication – it’s clear he’s a bit bitter about the insinuation at all, calling it “totally absurd.”

“What was most tragic about the year was that all these people who were on the same side and they agree on 99 percent of things became not just opponents in a debate, but like vitriolic hating enemies of each other,” he argues.

Looking back, he’s sympathetic to his peers, like early investor Roger Ver, who have largely borne the brunt of fierce internet trolling. To Voorhees, it’s an example of how “mean and nasty” the debate got over what he believes was a well-intentioned, and ultimately necessary, change.

Voorhees, like Ver, maintains his position that bitcoin’s 1 MB block size needs to be raised for the software to succeed, and he remains taken aback by suggestions that the events served as a referendum that found developers staking a different path forward.

Asked to retort common criticisms of the Segwit2x proposal, Voorhees is quick to tear down arguments that have seemingly become accepted mantra.

“Are you saying bitcoin was not supposed to be used as a peer-to-peer cash system? It’s the sub-title of the white paper,” he says sarcastically.

Still, he does seem to refuse what appears to be the mainstream consensus, that bitcoin is now an asset more akin to a digital gold. To Voorhees, bitcoin can’t just be an asset class, or even a store of value, because it’s primary utility isn’t to be held, but to be spent.

“I’ve never confused price and utility. The only reason that the price should rise is if more people are finding it useful,” he says. “Holding is a derivative use case, it only applies long term if there’s something else the thing is useful for. In this case it was value transfer.”

From there, the issue is forced further, to the point where it’s perhaps too onerous to state the number of conditionals I use to prod at his preconceptions. But to this barrage, Voorhees holds the line, and over the course of the dialogue, his positions become a bit more defined.

He believes bitcoin cannot succeed as simply a store of value (and that better scaling is needed), that the rising tide of competing cryptocurrencies isn’t likely to be beaten back (by any bitcoin advance) and that, this aside, bitcoin remains worth fighting for as it’s the best chance for the cryptocurrency concept to be truly realized.

It’s perhaps this last goal that seems to most motivate Voorhees and his continued visibility in bitcoin, despite ShapeShift’s embrace of a more practical model that focuses on many protocols.

Indeed, if Voorhees proves nothing else in conversation, it’s that he’s perhaps uniquely able to see both idealism and practicality as two separate ideas to be embraced.

Time after time, he defends the idea that “magic internet money” can’t be silly or arbitrary, no matter how many there are, going so far as to fight against the idea that cryptocurrencies only have value when measured against a fiat currency.

“If it wasn’t, why would anyone be interested in it? Other than some cryptographers,” he says.

But he remains devoted to bitcoin because he wants to see the world cryptocurrency unleashes sooner than later.

“The issue is that of all the work and effort going to build bitcoin today, if it gets surpassed or destroyed, it delays the entire project,” he says.

This intellectual game of fox and the hound now over, we retreat back to ShapeShift’s offices, both perhaps unsure of what to make of the conversation.

Somewhere at a coffee shop, we decide on a title for the discussion – “The philosophy of change as it relates to bitcoin and cryptocurrency” –and soon after call it a draw. Though, there’s a sense of disorientation that remains.

Looking at a twin pair of fox paintings on the wall, my perceptions blurs. Made of a million black and blue brushstrokes, I remember there’s no such thing as color at all. The images I’m seeing aren’t even right side up, they seem to say.

Voorhees stops to fix the picture.

“It might just be the wire,” he says at last.

Do I see what he sees? I linger on the way out, stepping back, changing perspective, looking at the pictures from different angles. Stepping into the elevator, I resolve that if they’re off, I can’t tell.

But it’s a testament to Voorhees that I feel like they should be.

Original artwork by Luis Buenaventura II, creator of the CryptoPop website. Click here to view more by the artist, and to check out the official CoinDesk Most Influential T-shirt.