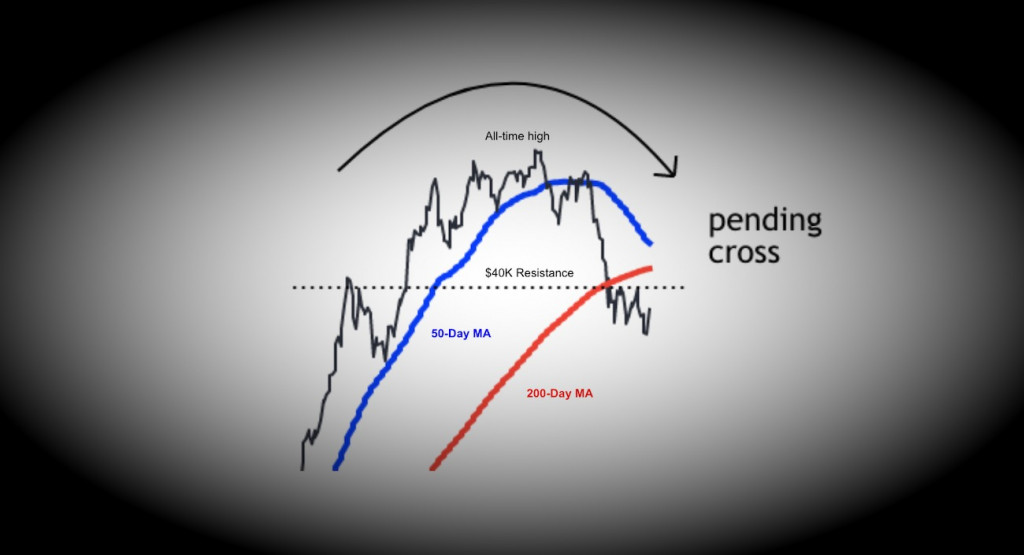 The “death cross,” a bearish technical signal biw looming in price charts, could point to trouble ahead for bitcoin (BTC) amid regulatory crackdowns and environmental concerns.

Previous death crosses resulted in additional price declines of 70% in 2018 and 47% in 2019. The death cross in 2020 occurred shortly after the coronavirus pandemic-induced market crash in March, which proved to be a lagging signal at that time.

“Speculative reports suggest that bitcoin could soon drop to $20,000 referencing the looming bearish cross of the 50 and 200 daily moving averages,” Stephen Kelso, head of markets at brokerage firm ITI Capital, wrote in an email to CoinDesk.

Bitcoin appears oversold on the daily chart and is up about 13% over the past 24 hours, marking the biggest gain in two weeks. Wednesday’s price bounce occurred despite a slew of negative headlines from China including crackdowns on money laundering and mining shutdowns.

The looming death cross could limit upside moves. Resistance is seen around $40,000, which has capped short-term price rises over the past week. Although the sell-off from May is stabilizing, the longer-term technical outlook appears less bullish.

For now, buyers are defending short-term support above $30,000. A relief rally is typical after the price crosses below the 50-day moving average. Afterwards, a series of lower price highs typically confirms a shift from a bullish to bearish trend.