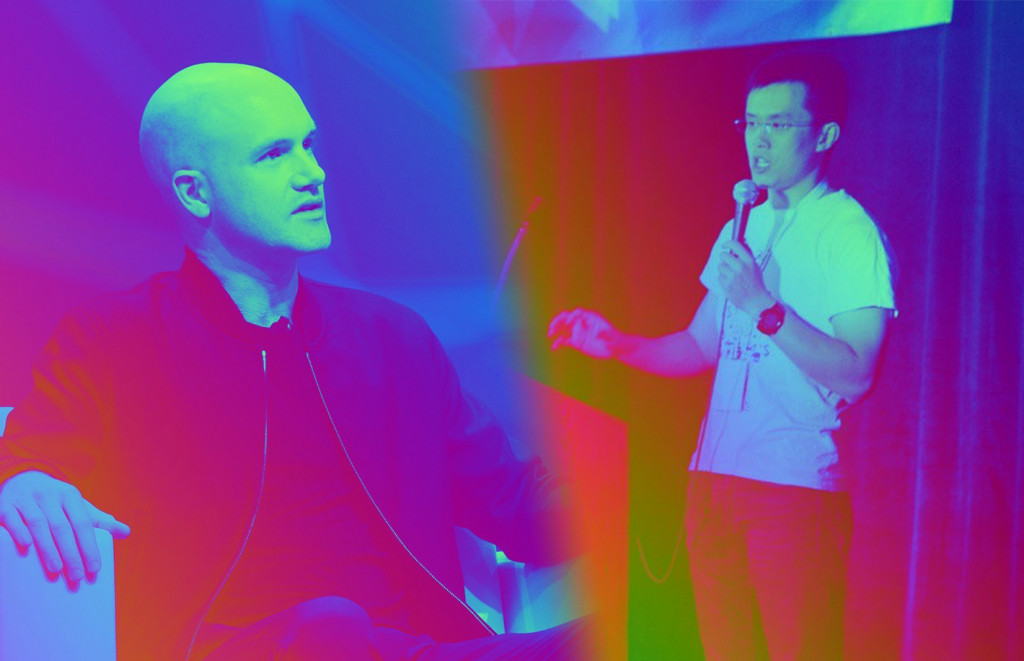 Why wait for the Coinbase listing of its shares on the Nasdaq? There’s already a way – in cryptocurrency markets – to bet on the world’s biggest cryptocurrency exchange.

It’s a digital token linked to the success of Binance, which boasts a higher spot trading volume than Coinbase, according to the data site CoinGecko. The token, binance coin (BNB), has surged 14-fold in price this year, for a market value of $86 billion.

Some cryptocurrency investors see BNB as a way to get excess return over a simple purchase of bitcoin, whose doubling in price this year looks almost paltry by comparison, Joshua Frank, co-founder and CEO of crypto data firm The TIE, told CoinDesk in an interview.

“Funds can’t just buy bitcoin, because if the funds just buy bitcoin, it’s not worth it for their investors,” Frank said. Binance coin “is one of those larger coins that they can get exposure to, and they can put a large position in.”

Binance press officials said they didn’t know why BNB has rallied so dramatically this year. The token’s price “is not something that can be controlled,” according to a spokesperson.

But cryptocurrency analysts said that Binance’s recent business moves, including launching a blockchain network to compete with Ethereum for a share of the decentralized finance market, known as DeFi, have helped to boost the BNB token’s prospects.

Unlike Coinbase’s soon-to-be-issued shares, BNB tokens confer no equity ownership rights. Binance is a closely-held firm, still led by its founder, Changpeng Zhao, often referred to by his initials, CZ.

Instead, BNB is considered an “exchange token.” It can be used to pay fees on various Binance trading platforms, sometimes entitling the payers to discounts, or even as a currency on blockchain networks sponsored by the exchange. Investors in the token are essentially betting on its supply and demand, which effectively translates to a bet on the success of the Binance ecosystem.

The rise of Binance Smart Chain

Binance Smart Chain (BSC), a less decentralized public blockchain that’s considered a competitor with the Ethereum blockchain, has been quite successful. With transaction fees that are about 35 times cheaper, BSC has overtaken Ethereum in the first three months of 2021 for daily unique active wallets, according to DappRadar’s 2021 Q1 overview report on April 1.

In March, the total value locked in Venus, the top decentralized money-market protocol on BSC, surpassed that of some of the most popular DeFi projects on Ethereum, including Uniswap and Compound, DappRadar wrote in its report, citing data from Defistation.

The huge success of Binance Smart Chain has played a significant role in BNB’s rapid growing value. As a “discount token,” BNB offers discounts for trading on both Binance’s decentralized exchange (Binance DEX) and Binance, according to Nick Mancini, research analyst at Trade The Chain.

The TIE’s Frank told CoinDesk that many crypto-native hedge funds have recognized BSC as a “much cheaper and more effective way” to access DeFi than stomaching Ethereum’s transaction fees, known as “gas,” where rates have soared due to network congestion.

BNB is used as gas to pay for DeFi deployment to BSC.

Mancini speculated that BNB’s market capitalization might eventually overtake that of ether, the Ethereum blockchain network’s native cryptocurrency. Ether prices have tripled this year, to a market value just over $260 billion.

“If BNB and ether continue to grow at the same rate, BNB will flip ether within the next two to four months,” Mancini said.

It can’t be overstated that BNB’s price surge has come during “alt season” – a stretch of time where crypto traders have bid up so-called altcoins, ostensibly due to a lull in bitcoin’s rally.

This is evidenced by recent drop in bitcoin’s share of all cryptocurrencies’ value, known as the market dominance ratio, to a two-year low.

Crypto hedge funds trying to beat the market may also have been forced to invest in altcoins like BNB.

Fund managers typically impose a “2 and 20” annual fee structure, meaning a 2% management fee of a fund’s net asset value and a 20% performance fee. Since there are so many ways for investors to hold bitcoin at low cost, crypto hedge funds have to come up with “unique ways” of beating the largest cryptocurrency’s returns for less costly fees, Frank said.

“Funds can’t just buy bitcoin because if the funds just buy bitcoin, it’s not worth it for their investors,” Frank said. “Funds have to go out and deploy so much capital, and binance coin is one of those larger coins that they can get exposure to and they can put a large position in.”

The Coinbase stock listing might be another potential driver of BNB’s gains.

While Binance’s CZ has told CoinDesk that the company does not plan to go public, the token ecosystem might be benefiting from speculation over Coinbase’s value.

A pre-listing tracking contract traded on the FTX exchange puts Coinbase’s share price at about $634, which would imply a market value for the U.S. exchange north of $160 billion.

As CoinDesk reported previously, exchange tokens have skyrocketed since last year, sometimes traded as a crypto-native proxy for  equity in the companies behind the exchanges, arguably the industry’s top revenue-getters. Another exchange token, FTX’s own FTT,  has posted year-to-date gains of more than 800%, per Messari data.

“By buying these exchange tokens, it may be a ‘buy the rumor, sell the news’ type of event, where things are going to run up so much in the next few days in anticipation” of the Coinbase listing, Frank said.

Of course, with the extreme gains in BNB come major risks.

Paramount among those, in a cryptocurrency industry where decentralization is prized, is that Binance is so centralized: BNB is owned and created by Binance, and the Binance team still owns over 80% of BNB, according to Mancini.

It means that “there is a centralized authority to answer if regulators came knocking,” Mancini said. Contrast that with ether, which is fully open-source. “This regulatory risk can create a serious hurdle for BNB being listed on other exchanges, or being allowed to grow its utility on American or European soil.”

Ryan Watkins, a research analyst at Messari, also criticized BSC’s centralization in a recent tweet thread, arguing that BSC is just a “copycat” of Ethereum.

“The reason why BSC is faster and more scalable is not because of some magical technological innovation,” Watkins wrote. “It’s instead the magic of centralization. BSC is an Ethereum fork with a centralized validator set. That’s it, nothing more.”

However, hedge funds or even average crypto investors might not care about that too much, at least in the short term, The TIE’s Frank said.

“The average consumer just wants a good user experience,” Frank said. Meanwhile, “if you are a hedge fund that’s trading and taking small-term positions or small-term bets, you also care a lot less about decentralization risks.”