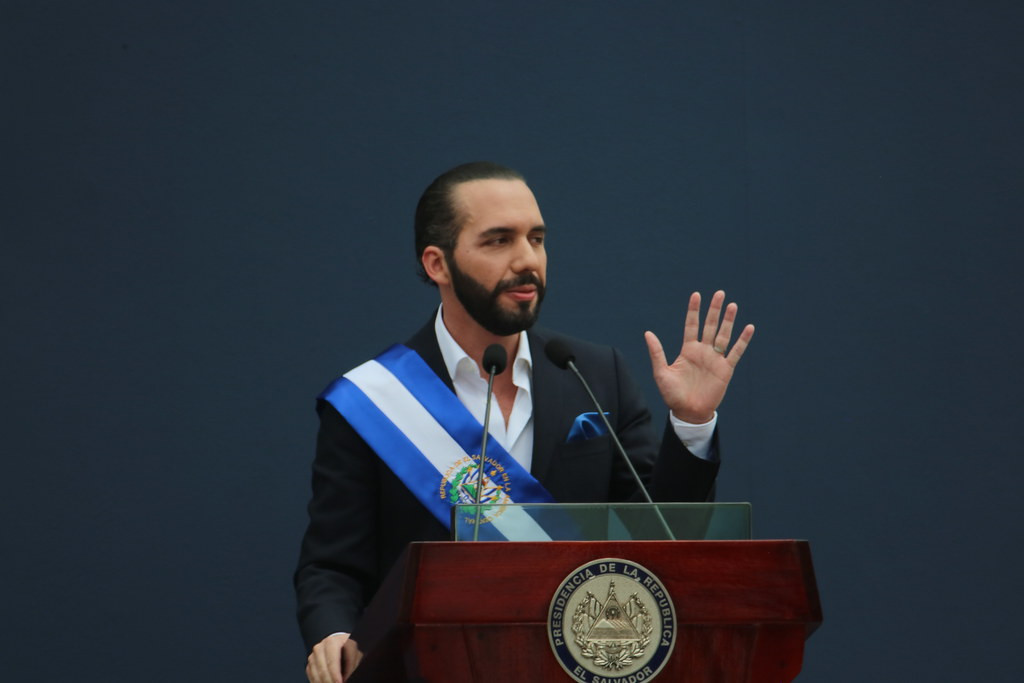 When I first heard that El Salvador had passed its Bitcoin Law, in the early morning hours of June 9, I was astonished: it never occurred to me that any national government would embrace Bitcoin, making it an official medium of exchange. As a longtime advocate of what F.A. Hayek, the Nobel Prize winning economist, called “choice in currency,” I welcomed any nation’s attempt to let Bitcoin compete on a level playing field with its existing, official money.

But when I turned to the two-page long statute itself, my excitement turned to dismay. Though parts of it do indeed put Bitcoin on an equal footing with the U.S. dollar, El Salvador’s official currency since 2001, the law’s seventh article says that “Every economic agent must accept bitcoin as payment when offered to him by whoever acquires a good or service.” In other words, Bitcoin is to be, not just a legal tender in El Salvador, but a compulsory one.

George Selgin is the director of the Cato Institute’s Center for Monetary and Financial Alternatives.

Forcing businesses to accept some particular money is both unusual and utterly at odds with the Hayekian philosophy that led to Bitcoin’s development and caused so many libertarians to embrace it. “Why,” Hayek asked,

should we not let people use freely what money they want to use?...I have no objection to governments issuing money, but I believe their claim to a monopoly, or their power to limit the kinds of money in which contracts may be concluded within their territory…to be wholly harmful.

Alas, “to limit the kinds of money in which contracts may be concluded within their territory” is just what El Salvador’s Bitcoin Law proposes.

Despite what many people think, deeming some kinds of money “legal tender” typically means nothing more than that, so far as the courts are concerned, a debtor can use, say, U. S. legal tender to pay off an outstanding U.S. dollar debt, even if a creditor would rather have the debt paid some other way. Although he wasn’t keen on such laws, Hayek understood that they were both common and, with notable exceptions, not especially burdensome.

Compulsory or “forced” tender laws, like article 7, obliging everyone to accept certain types of money for any payment whatsoever, are another kettle of fish. Historically, such laws have almost always been resorted to by oppressive, revenue-hungry governments, which sometimes went to make their violation a capital crime. According to Dror Goldberg, an expert on the history of legal tender laws, forced tender legislation:

strikes at the very heart of the freedom of exchange and contract. As its practical implication has typically been to force producers to part with all their produce for paper, it can also be a severe violation of property rights. It is a rule that penalizes passive behaviour. It is, or should be, a controversial rule, unlike a rule prohibiting counterfeiting of money.

Most countries today don’t have forced tender laws. It’s perfectly legal, for example, for a U.S. merchant to refuse legal tender. Every “credit only” business does so (only some coins and Federal Reserve notes are legal tender). A business can even insist on payment in bitcoin. In El Salvador likewise, it’s already legal for a business to accept bitcoin only: though it is (and will remain) legal tender for paying dollar debts, the U.S. dollar has never been a forced tender. Article 7 is sui generis.

Article 7’s apologists insist that it really doesn’t involve any coercion. They note, first of all, that the Bitcoin Law’s Article 12 exempts “those who, by evident and notorious fact, do not have access to the technologies that allow them to carry out transactions in bitcoin” from it. But most Salvadorans have smartphones, and the only other “technologies” needed are internet access and an app or two, which the government plans to supply to those presently lacking them.

Read more: Frances Coppola: Why Bitcoin Could Be Good for El Salvador

The government also plans to make it possible for anyone paid in bitcoin to have them instantly converted into digital U.S. dollars, and to bear any exchange risk involved, using a $150 million “trust fund” to be administered by government-run exchange or “Casa de Cambio” set up at BANCASEL, El Salvador’s government-owned development bank. In effect, the Casa de Cambio will serve as one big stockjobber, taking the opposite side of Salvadoran’s bitcoin bets – a risky business, since a bullish bitcoin market may see relatively few bitcoin conversions, whereas a bearish one, like this week’s, could see many more. And though it will nominally be borne by the government, that risk will really be born by Salvadoran taxpayers, who must foot the bill both for the initial fund and for any losses it incurs.

Instead of insisting that Salvadorans shouldn’t mind Article 7, the Bitcoin Law’s defenders should be asking whether they do mind it. The response to the law so far leaves little doubt. Complaints have already forced Bukele to back away from his plan to have the government pay its own workers in Bitcoin.

The response to a recent survey taken by El Salvador’s Chamber of Commerce shows, furthermore, that over 92% of all those surveyed, and 94% of participating entrepreneurs, would rather nor have to accept it. Most also said that they’d rather not take remittances in it, and that they planned to convert whatever bitcoin they received into dollars. Encouraged by such sentiments, a deputy of El Salvador’s leading opposition party has already filed a suit challenging the Bitcoin Law’s constitutionality.

But perhaps the best evidence of bitcoins’ limited appeal is none other than Article 7 itself. After all, were bitcoin truly the “perfect” exchange medium Bukele claimed it to be in a recent interview, and Salvadorans could only gain by switching to it, Article 7 simply wouldn’t be necessary. Making bitcoin acceptance costless, supplying the necessary infrastructure, technology and training and simply allowing Salvadorans to use it, without penalizing them, through capital gains taxes or otherwise, for doing so, ought to suffice to eventually Bitcoinize El Salvador.

So long as it stays on the books, Article 7 should remind us, and the people of El Salvador, that President Bukele isn’t quite convinced by his own rhetoric.