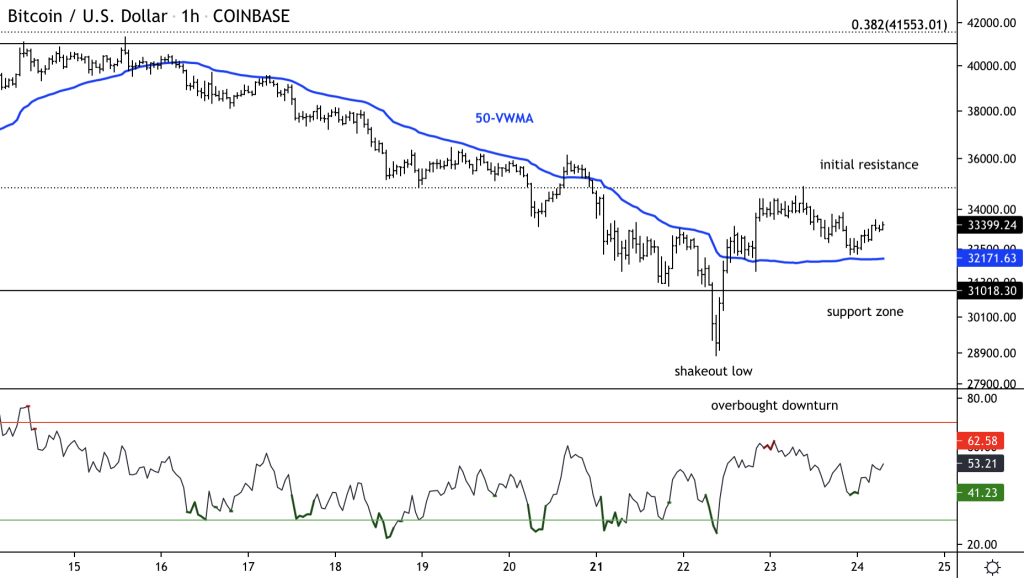 Bitcoin’s (BTC) price gave up some of its gains after rising nearly 20% after the shakeout low of close to $29,000 on Tuesday. The cryptocurrency is holding support above $32,000, although initial resistance is seen around $36,000.

Bitcoin is down about 12% over the past seven days and was trading around $33,000 at press time.