Why Bitcoin Could Be Good for El Salvador 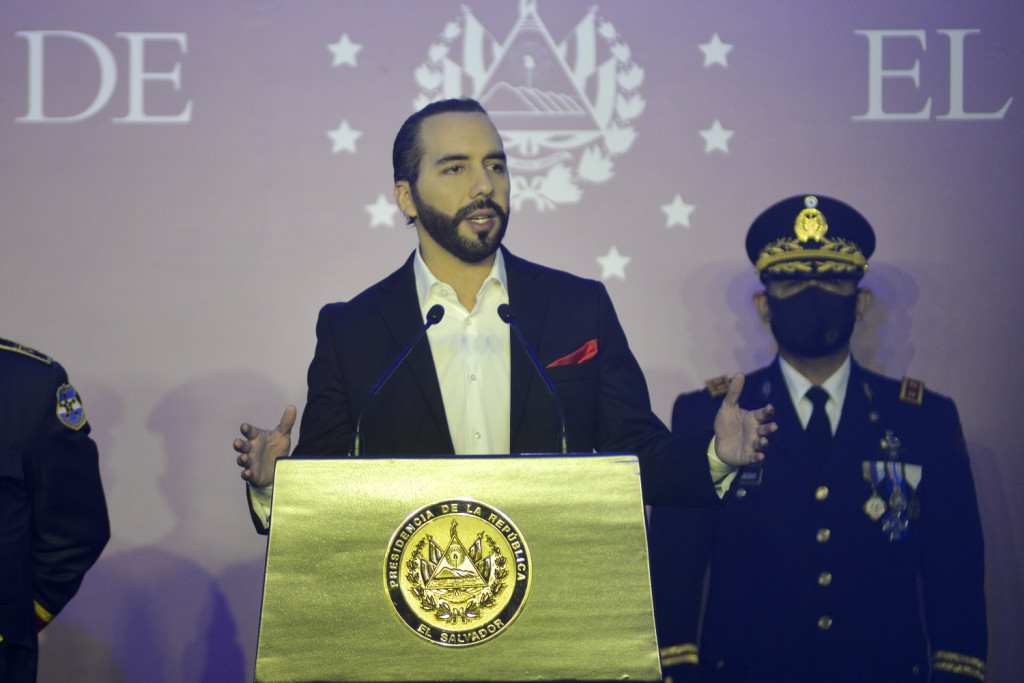 The news that the president of El Salvador plans to adopt BTC as an alternative to the U.S. dollar for transactions in his country has caused quite a stir. Bitcoin has captured its first country. Reactions have varied from “wow, this is BIG for bitcoin” to “this is not going to end well.” As ever, the truth is probably somewhere in the middle. It’s not a major coup for bitcoin, but it could work quite well for El Salvador. And, importantly, it might establish a real-world use case for bitcoin that doesn’t involve crashing the entire global monetary system. I don’t think bitcoin will replace the dollar as the premier global settlement and reserve currency, but that doesn’t mean it couldn’t be good for some countries.

Frances Coppola, a CoinDesk columnist, is a freelance writer and speaker on banking, finance and economics. Her book, “The Case for People’s Quantitative Easing,” explains how modern money creation and quantitative easing work, and advocates “helicopter money” to help economies out of recession.

El Salvador (population 6.5 million) is a “dollarized” economy. It doesn’t have a currency of its own. Instead, it uses the U.S. dollar as its domestic currency. El Salvador’s relationship with the U.S. is not like that of a U.S. state, or even a territory such as Puerto Rico. It is an independent sovereign country that chooses to use the dollar instead of issuing its own currency. El Salvador is not subject to U.S. law and the U.S. government has no jurisdiction there.

Because it doesn’t produce its own currency, El Salvador’s government can’t print money. And it doesn’t benefit from the Federal Reserve’s money creation. The Fed is not in any way responsible for ensuring that El Salvador has enough dollars for domestic use. So, El Salvador must either borrow or earn the dollars it needs.

It can earn dollars by exporting more than it imports and by receiving dollar remittances from its citizens working overseas. If those two sources don’t provide enough dollars to meet domestic needs, both the private sector and the government can borrow dollars on international markets.

Currently, El Salvador exports less than it imports, but remittances are large enough to ensure that its “current account” – the net value of all its transactions with the rest of the world – remains slightly positive. On balance, therefore, El Salvador is receiving net dollar inflows. But the government is borrowing heavily: In the last couple of years, government debt has risen to over 90% of gross domestic product, and borrowing costs are rising. It’s unclear how much more the government will be able to borrow.

Considering all of that, adopting BTC as a second currency doesn’t look like a bad idea. There are several potential benefits.

First, using bitcoin to send remittances could be easier, cheaper and faster for overseas workers than using money transmission services or bank wire transfers, so remittances might increase. Of course, remittances would need to be exchanged for dollars inside El Salvador, but that could be achieved with a phone app linked to a cryptocurrency exchange.

Alternatively, citizens could use their BTC directly to pay for goods and services, and merchants could be provided with the means to exchange BTC for dollars. There’s obviously a risk that BTC exchanges would fail because of a lack of dollar liquidity within El Salvador. So, the El Salvadoran government proposed to establish a trust fund initially worth $150 million in the state development bank Bandesal, which would guarantee liquidity for the exchanges. And a version of the Strike app is being prepared for use by Salvadorans, though it’s not clear yet exactly how that would work.

Second, diversifying the country’s dollar reserves into bitcoin could create opportunities to earn yield, thus increasing the size of the reserves.

Third, a partially “bitcoinized” economy could be attractive as a home for bitcoin investors and headquarters for bitcoin businesses, which could raise the country’s GDP. And it would also create an opportunity to develop new bitcoin-based businesses. The government has already proposed a scheme to use geothermal energy to power bitcoin mining.

If this partial “bitcoinization” scheme works, then El Salvador could increase both its reserves and its GDP, reducing the pressure on government borrowing costs and potentially freeing up money for social programs.

There are serious risks, however.

By far the biggest is the possibility that the country will run out of U.S. dollars. Diversifying into bitcoin may improve the earning potential of the reserves, but BTC’s price is notoriously volatile. A crash such as that in 2018 would wipe out 80% of the country’s dollar reserves, potentially forcing the banks to close and making it impossible for the government to meet its USD obligations. El Salvador defaulted in 2017. Diversifying into BTC could force it into another default.

A BTC crash would also seriously hurt Salvadorans who had wholly or partly adopted BTC for remittance income and savings. And it would cause a run on BTC by businesses that have a guaranteed exchange route into the U.S. dollar, because it would be in their interests to exchange their devaluing BTC for USD. That $150 million trust fund would very quickly run dry.

Even without a major BTC crash, the country could still run short of U.S. dollars. Converting remittance income to BTC unfortunately reduces dollar inflows and hence increases the risk of dollar shortages. It’s easy to buy bitcoin with U.S. dollars, but not so easy to sell it for U.S. dollars, especially when lots of other people are all trying to sell at the same time. Stablecoins such as USDT (tether) can be a temporary hedge against BTC volatility, but they aren’t much use for businesses and governments that have dollar debts that must be serviced.

Also, the rest of the world might not be too enthusiastic about lending dollars to a country that had diversified its reserves into BTC and run short of dollars as a result. The IMF, which is currently in negotiations with El Salvador about a potential loan, has already expressed some concern.

There’s a different kind of risk too – and one that unfortunately has all too often come to pass in Latin America. That is the risk that the monetary tightness caused by dollar shortages and BTC illiquidity proves unbearable, and the government starts issuing its own currency, perhaps in the form of a stablecoin. Initially, that might be fully backed by its dollar and BTC reserves in a currency board type of arrangement similar to that in Hong Kong. But BTC’s volatility makes this hugely problematic. Even a small BTC crash would leave the currency partially unbacked.

Furthermore, if the desire of the government to give away money outstripped the ability of the productive economy to earn dollars and BTC, the currency board might quickly turn into a permanent fractional reserve type of arrangement. That would leave the new currency wide open to a speculative attack designed to drain the reserves and force it off its peg.

It’s essential that El Salvador’s government resists the temptation to buy short-term improvement to economic growth and welfare by issuing large amounts of a new fiat currency or stablecoin only partly backed by hard currency reserves. That’s a recipe for a foreign exchange crisis, debt default and hyperinflation. Too many countries in Latin America have played this scene before. It’s a risk El Salvador really shouldn’t take.

So I’m giving a qualified welcome to El Salvador’s scheme. It could work, but there are enormous risks and temptations. And it must be connected with serious efforts to attract inward investment and develop export industries. Changing the monetary regime is all very well, but in the end, it is production of real goods and services that matters. That’s where the wealth of nations comes from.

If this scheme works, it’s obviously good for bitcoin, as it would establish it as a national currency and minor reserve asset. And, believe it or not, I hope it does work. I’d like to see El Salvador achieve prosperity, and if bitcoin can help it do that, then that’s a great use of bitcoin.

For me, that is far more important than dreams of world domination. It would mean bitcoin was making a real difference to the lives of real people. And that’s what really matters.