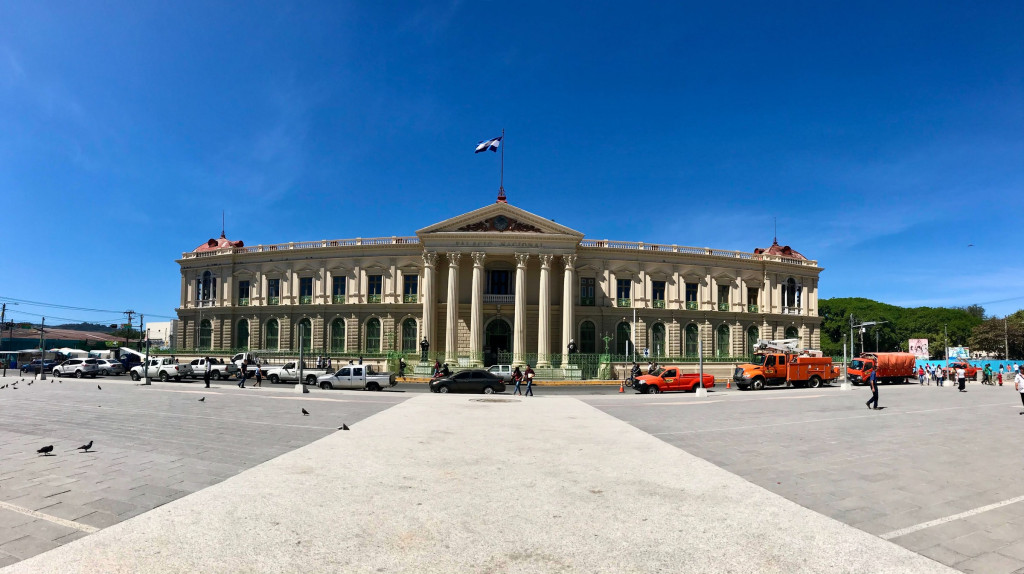 Two weeks ago, the government of El Salvador shocked the world with the sudden announcement that the Central American nation would make bitcoin legal tender. The announcement, made by President Nayib Bukele on the final day of the Bitcoin 2021 conference in Miami, was followed up mere days later with the midnight passage of the law. Longtime critics of bitcoin, after granting Bitcoiners a brief reprieve to enjoy the momentous occasion, came to focus on Article 7 of the hastily passed law:

Article 7. Every economic agent must accept bitcoin as payment when offered to him by whoever acquires a good or service.

To the critics, led by George Selgin, this amounts to a “forced tender” mandate that goes far beyond a mere legal tender law (which would declare a monetary medium an acceptable but not obligatory medium of exchange) and moves into the domain of coercion.

CoinDesk columnist Nic Carter is partner at Castle Island Ventures, a public blockchain-focused venture fund based in Cambridge, Mass. He is also the co-founder of Coin Metrics, a blockchain analytics startup.

The actual implementation of this provision, which is due to take effect in 80 days, is still uncertain; it seems far-fetched in the extreme to imagine that the Salvadoran government will enforce a bitcoin merchant mandate by force everywhere in the country. Economic exchanges happen millions of times a day, and virtually no state on earth possesses the capacity or the political will to force such a monetary transition on its people. There are countless instances throughout history of states attempting to prohibit or enforce monetary transitions, often at the penalty of death. Generally, economic forces prevail, and when pressed, people tend to find ways to defy state monetary mandates. This instance will be no different.

It would also be politically unwise to force merchants to accept bitcoin on such an accelerated schedule. Bukele enjoys a political mandate and world-leading popularity, but an aggressive interpretation of this law would erode some of that support. Already, the primary reaction I have seen from everyday Salvadorans has been confusion and dismay at the prospect of having this new obligation imposed on them. From a practical standpoint, the Bukele administration should consider not enforcing Article 7 or should eliminate it altogether.

Very real impediments exist to implementing a digitized transactional network in El Salvador: Not everyone has access to a smartphone, power or the internet, and learning how to use bitcoin – whether on-chain, via Lightning or through a custodial app – takes time and effort. Bitcoin is great for some types of exchange, but brick-and-mortar retail transactions are not among them.

Let Bitcoin flourish on its own merits

Granted, there are some mitigations to the unfortunate Article 7. Article 12 exempts those who “do not have access to the technologies that allow them to carry out transactions in bitcoin.” Article 8 specifies that the state will provide “alternatives that allow the user to carry out transactions in bitcoin and have automatic and instant convertibility from bitcoin to USD if they wish.” The specific mechanic here would be a trust created under the state fund known as Banco de Desarrollo de El Salvador (BANDESAL) providing dollar-to-bitcoin liquidity. But even with these exemptions and devices meant to smooth the transition, the optics of a “forced tender” law are still poor.

And one wonders why exactly the Bukele administration is so keen on merchant adoption specifically. While the Bitcoin Beach experiment has been a successful case study, it still represents a small petri dish, unlikely to extend smoothly to an entire country. An embrace of bitcoin offers many potential dividends to El Salvador: access to a monetary network independent of the political stipulations that accompany the dollar, and free from Fed-driven dollar debasement; a beacon to attract wealthy and mobile crypto entrepreneurs to Salvadoran shores; and potentially a more efficient and direct system for settling remittances. None of these agenda items relies on the acceptance of bitcoin by local, small scale or informal merchants.

A far stronger gesture of faith in bitcoin would be to establish it as a parallel monetary network, on a par with dollars. If the bitcoin law simply eliminated capital gains taxes for bitcoin transactions, allowed the settling of tax liabilities in bitcoin and established it as an acceptable but not obligatory legal tender, it would accomplish this.

In practice, it is the specific friction imposed by tax policy that keeps fiat currencies like the dollar sovereign and subjugates others. American Bitcoiners have to track their dollar-denominated gains and losses in BTC, and when BTC appreciates against the inflationary dollar, they incur a tax liability (capital gains).

Additionally, when they spend their bitcoin, they have to treat the expenditure as a sale and pay taxes accordingly. Thus, eliminating the capital gain friction is most of the battle in elevating bitcoin to the level of sovereign currencies. Any stipulations beyond that is unnecessary: You can’t hurry bitcoin adoption. Its growth is a natural process of discovery that around 100 million individuals have undertaken in the last decade. For governments focused on unleashing the economic potential of bitcoin and its adherents, merely removing the tax burdens should be sufficient.

I remain cautiously optimistic regarding the bitcoin project in El Salvador. While the law is admittedly questionable in parts, it is very brief and rather underspecified. Much will depend on its actual implementation. I question the hysterical projections of the critics regarding a mass mobilization of state force to mandate bitcoin acceptance at every pupuseria and supermercado. Most likely, the Bukele administration will recognize the burdensome nature of the law and de facto walk it back. But to eliminate doubt as we progress toward implementation, El Salvador should reconsider Article 7 and let bitcoin flourish on its own merits.