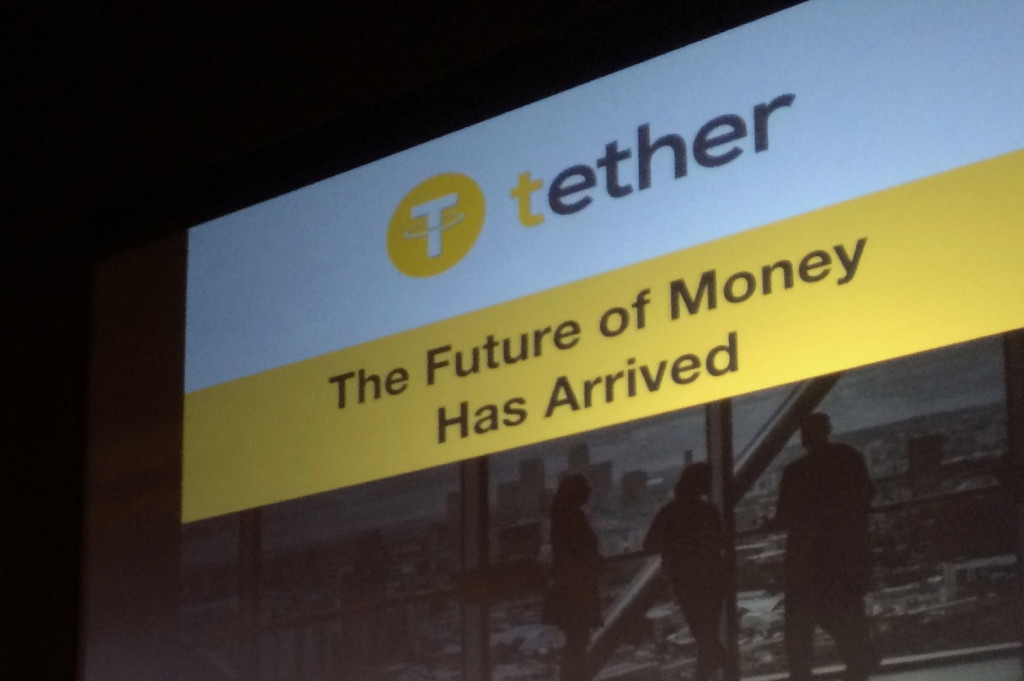 There’s at least one cryptocurrency that appears impervious right now to the infamous “Tether FUD” (fear, uncertainty, and doubt): Tether’s own token.

USDT has largely held its dollar peg since Bloomberg reported Monday that the U.S. Department of Justice is investigating Tether, issuer of the largest stablecoin, for possible bank fraud.

The token, which serves as crucial plumbing for the $1.6 trillion crypto market, has traded at $1 for most of its history, but past scares have caused it to temporarily lose parity with the greenback.

In 2018, for example, USDT fell to as low as 92 cents on concerns about its collateral and about Bitfinex, the crypto exchange that shares owners and managers with Tether.

The reaction to the latest news is mild by comparison:

Tether “gets sued every other day,” scoffed Darius Sit, co-founder of Singapore-based QCP Capital, who suggested that the very properties of USDT that attract regulators’ ire are what give it utility.

“The FUD is the reason [USDT] is popular, right?” he said. “There’s FUD because it’s unregulated and people use it because the SEC (the U.S. Securities and Exchange Commission) can’t just freeze it.”

At the same time, the broader crypto markets have continued climbing: Bitcoin’s price is changing hands at $39,30 7.84, up by 13.82% in the past 24 hours, according to CoinDesk 20. Some market observers have hypothesized that traders may have rotated money out of USDT and into bitcoin and other cryptos, sending the overall crypto markets higher.

Other analysts and traders also said that the Bloomberg report felt more like noise than a signal.

“My guess is that this isn’t something really telling until [Tether] gets actually convicted of this crime,” Andrew Tu, an executive at quantitative trading firm Efficient Frontier, told CoinDesk. “Also because they are being investigated for past events, whereas the New York attorney general office settled with Tether just recently, the market probably doesn’t see the Tether stablecoin itself as being at risk.”

According to the report by Bloomberg, which cited anonymous sources, the DOJ is investigating Tether for a possible offense conducted “years ago.” Tether issued a statement that stopped short of denying the claims, calling them “stale” and “recycle[d].”

Earlier this year, Tether and its sister crypto exchange Bitfinex settled an investigation by the New York attorney general’s office (NYAG) into whether the stablecoin issuer was covering up the loss of nearly $1 billion in customer funds.

Another reason why the markets appear unfazed by the DOJ news could be that Tether revealed the breakdown of its reserves for the first time in May, clearing out at least some worries around USDT’s backing.

“After last time they disclosed their treasury allocation, people came to peace with it,” Annabelle Huang, partner at Hong Kong-based Amber Group, said.

Stuart Hoegner, Tether’s general counsel, also recently said in a CNBC interview that an audit for Tether could be “months away, not years” – the USDT issuer promised audits as far back as 2017, but has yet to produce one.

Hoegner’s comment came as investors have been demanding more transparency from stablecoin issuers broadly. After Tether disclosed its reserves, Circle, the issuer of USDC (USDC) and Paxos, the issuer of paxos standard (PAX) and Binance USD (BUSD), also revealed the breakdowns of their reserves.