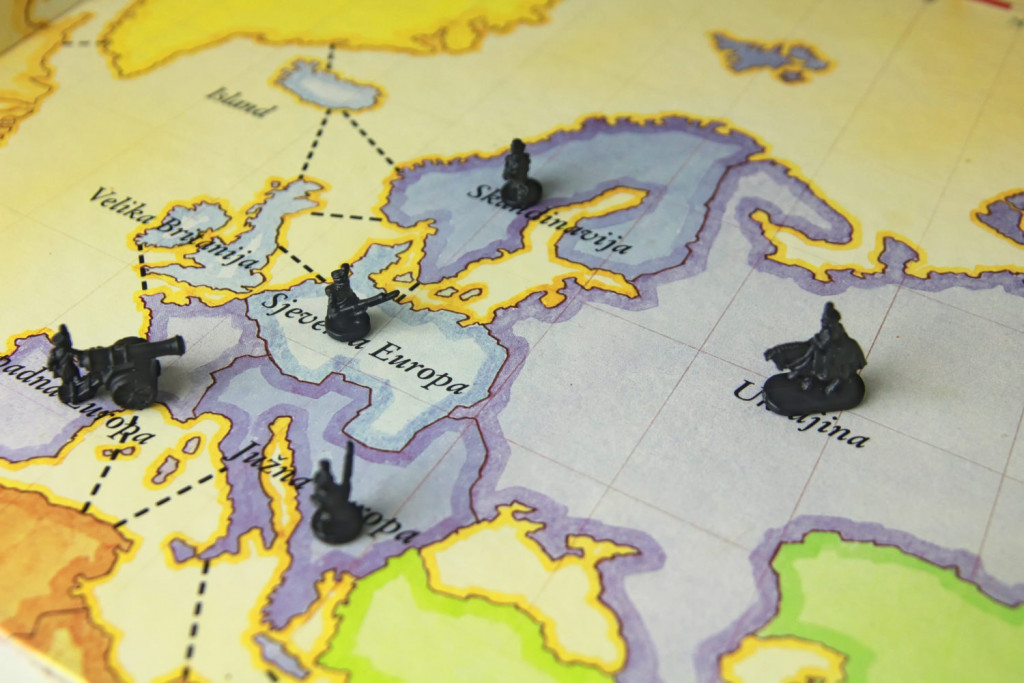 Jeremy Allaire is co-founder, CEO and chairman of Circle, a global financial services company that provides a platform for individuals, institutions and entrepreneurs to build businesses, invest and raise capital with open crypto technologies.

The views expressed here are his own.

These new initiatives are forcing global leaders everywhere to ask what the role of digital money will be in the next decade, and are ultimately a proxy for shifts in the broader political and economic landscape that are going to re-shape the future of the international monetary system.

Deep, fundamental digitalization of the economic system is now well underway as blockchain infrastructure moves from the fringe and early adopters and into the spotlight of major nation-state actors. Synthetic, crypto-powered central bank money tokens, and the introduction of smart contracts that can represent and tokenize other real-world financial assets and contracts are on the rise around the world.

These rapid changes are leading regulators everywhere to grapple with an economic system that is beginning to mirror the open, global and connected internet of information and communications.

At the foundation of these shifts is the rapid development of public blockchain infrastructures, such as ethereum, which allow market participants to issue cryptocurrency tokens representing fiat currencies and other financial assets. This “base layer” of trusted computing, record-keeping and transaction processing can be compared to the base layer of TCP/IP and HTTP, protocols that allowed the vast global internet to come into everyday use.

There are now several competing approaches to building a new financial system on this infrastructure.

The first is represented by crypto-native ecosystem players, including Circle and Coinbase, who are building fiat-backed stablecoins such as USD Coin (USDC) on top of public blockchains. These developments are enabling a broad base of developers and companies to build higher-level financial constructs such as decentralized lending and credit markets, payments services and tools for trade finance.

Regulated by existing payments banking rules in the US and EU, these private market-based approaches are growing rapidly and help to form a pillar of the open finance movement.

The second approach is best represented by China’s forthcoming Digital Currency Electronic Payment (DCEP) infrastructure, which aims to build an entirely controlled, centralized and permissioned infrastructure for a digital currency version of the Chinese RMB.

While likely appropriate for the Chinese economic and political model, this approach flies in the face of the open internet ethos and is not likely to receive much of an enthusiastic response from the broader internet development community.

The third approach, anchored in the proposed Libra Association and Libra Reserve Currency, attempts to build an “over the top” synthetic global digital currency.

Like China’s effort, the Facebook proposal creates a centralized, permissioned infrastructure for this payment system, which will radically limit how open and accessible the infrastructure becomes for developers and companies wanting to build on top of it.

In each of these approaches, we can extrapolate a fundamental worldview.

With the first, do we want an open financial system built on the public internet that allows value to move freely and easily anywhere in the world with strong privacy protection, one that enables people and companies to build financial arrangements in code, enforced by public blockchain infrastructure and enabling commerce and transaction arrangements between people everywhere? In short, do we want a global financial system built in the image of the internet?

Or, if the world embraces the Chinese approach, do we want a world with tightly controlled access to innovation in the financial system, with extremely tight controls on where capital moves and who can access the system? Such a system may enhance efficiency and global reach for the Chinese RMB. But will it mirror the tightly controlled internet that exists in China today? Will it be offered on equal terms to people and companies globally who seek to transact with China?

The worldview put forward by Facebook and Libra suggests a new global financial system that is controlled and run by the largest private companies in the world. And rather than building on existing sovereign money, the Facebook construct seeks to create a new global currency that stands above the state. Do we want a new global financial system controlled by a few private companies, where permission to participate and innovate is mediated on a closed infrastructure?

The largest governments in the world, especially those responsible for major global trade currencies, must now grapple with the innovation of public cryptocurrencies that have the reach of the global internet.

The choices they face, and the decisions that are ultimately made by relevant policymakers, will have a dramatic impact on what our future global economic system looks like.

Meanwhile, while governments study and debate these topics, bit by bit and block by block, technical innovators all around the world are using crypto to rebuild the global economic system in front of our eyes in a marvel of human ingenuity.