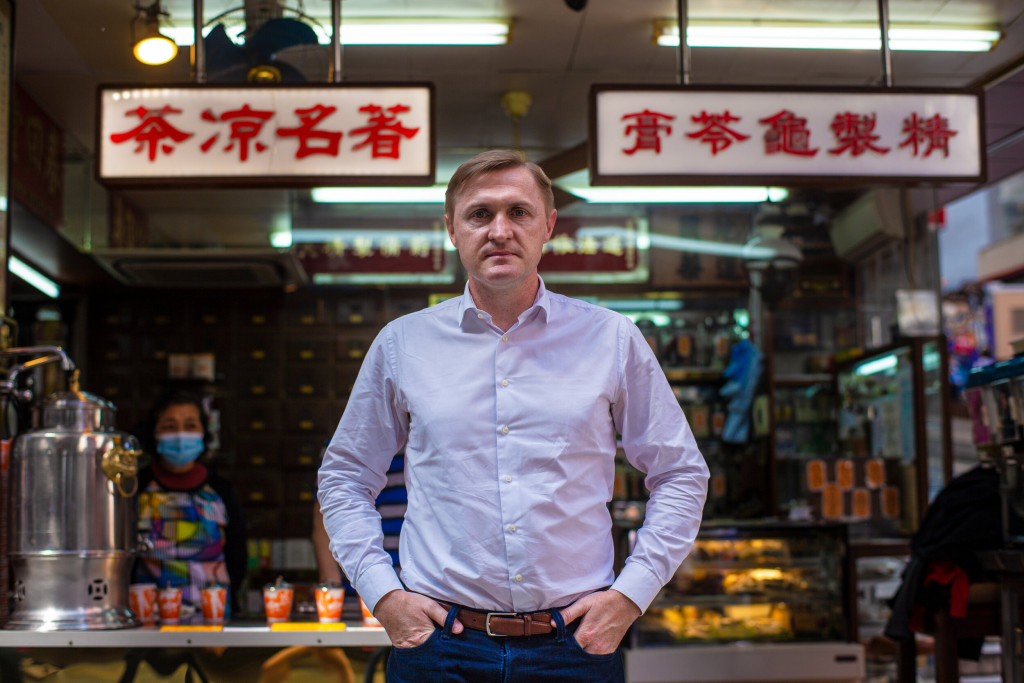 The best way to see a city is to eat your way through it. And if you can’t do that – perhaps because of coronavirus restrictions – to read about someone else eating.

That’s the central conceit of Charles d’Haussy and Jame DiBiasio’s newish book, “Block Kong: 21 Entrepreneurs and Financiers Leading Blockchain in Hong Kong.” Over the course of several breakfast, lunch or dinner dates, prominent crypto leaders tell the story of a city and an industry in real time.

The authors do “kung fu tea” and dim sum with BitMEX’s Ben Delo, breakfast in the Happy Valley district of Hong Kong with Algorand’s Fangfang Chen, and croissants and Soylent over FTX’s Sam Bankman-Fried’s desk to set the record straight. (All sales proceeds are donated to fund the education of local engineers.)

A global center for finance, Hong Kong has become a major hub for the blockchain industry. It’s the home base for ultra-visible exchanges like FTX (and, at least for a spell, Binance), influential blockchain consortia like the Bitcoin Association and some of the sector’s largest investment groups, like Kenetic Capital.

“Hong Kong is an international financial center, so it’s de facto becoming an international digital assets center,” d’Haussy said over Zoom, before the working day for him. “Even though there is not a strong appetite yet for bitcoin, per se, the economies and the laissez faire type of policies in Hong Kong provide a very rich ecosystem to grow here.”

But the city-state is also often overlooked and undervalued – at least in the Western media, d’Haussy says. According to recent statistics, Hong Kong has about one initial public offering (IPO) per day, 170 licensed banks, 600 stock-brokers and 7 million residents.

Technically a part of China since 1997, the city-state operates under its own financial and cultural rules. While President Xi Jinping has said it’s blockchain and not bitcoin for China, in Hong Kong, crypto thrives – from Block.one to Galaxy Digital.

“There is real radical diversity here,” d’Haussy said. “It all started with Bitcoin, of course, but there have always been subgroups within the crypto ecosystem.” He noted the first time Ethereum co-founder Vitalik Buterin discussed smart contracts was at a Bitcoin meetup in the city.

Over the course of 183 pages, you get the sense that Hong Kong is not only a participant in crypto but at the forefront of some of the most revolutionary technological advancements in the sector.

Take CBDCs, or central bank digital currencies. The world is locked in a power struggle to determine which – if any – currency will become the next global reserve. Many experts and pundits now think digital when they think hegemony.

China has taken the lead in digitizing its renminbi, Europe is signaling a CBDC is imminent, while the U.S. is still taking a wait-and-see approach. Bitcoin is in the mix, as are other smaller national or regional digital currency projects.

D’Haussy, when he’s not chowing down or writing, oversees ConsenSys’ efforts to develop a multinational CBDC bridge among Hong Kong, Thailand, China and the United Arab Emirates, called m-CBDC. (ConsenSys is the Ethereum studio with a headquarters in a trendy corner of Brooklyn, N.Y.)

“Usually, you see CBDCs in silos for single domestic markets,” he said. The m-CBDC experiment speaks to the level of advancement and innovation happening in the East. Each central bank has its own monetary policies and regulations, reserve requirements and level of comfort with financial privacy.

Those are hard problems to solve, but it’s not surprising to see this innovation happening in Asia, particularly in Hong Kong, he said.

“Asia in general adopts new technology way faster because of the appetite for new things, because they are a little bit more willing to take risks,” he said. For instance, digital and mobile payments have completely penetrated the market.

He also has a front-row seat to the development of the digital yuan. One of the prominent themes of the book is how the Facebook-led Libra (now Diem) experiment stirred China into action. Financial regulators the world over were immediately concerned with potential corporate influence over monetary policy – specifically a mega-corporation with a track record of privacy and other abuses.

Similar concerns have been raised over China’s nascent CBDC, which might come with built-in user restrictions and greater financial surveillance.

“You can’t get a shortcut around data privacy and privacy laws of your respective countries just because you’re using a CBDC,” d’Haussy said, noting that privacy is at least partially encoded by culture. The Chinese will develop whatever “they feel is in line with regulation for the domestic market.”

Elsewhere, the market will decide if it’s comfortable with an international renminbi. “But I think the Chinese are very pragmatic and they will shape things so that it’s supportive of [international law],” he said.

Added to this geopolitical currency conflict is the rise of stablecoins, or cryptocurrencies designed to hold their value relative to fiat. Given the speed of progress in crypto, it’s likely these coins will proliferate – especially in Asia.

With the choice of a U.S. dollar from the Federal Reserve, from Circle, from an exchange or from a bank, many Hong Kongers are choosing the stablecoin version. It’s a trend that may not last long, however.

“Innovation is going faster in the private sector than in central banks, so CBDCs are lagging behind. But in 2022, I believe CBDC volume will overtake stablecoins,” d’Haussy said. CBDCs have a “built-in value proposition” of being totally tax and regulatory compliant and integrated with the global banking community. Plus, with stablecoins, you have counterparty risk.

But blockchain will certainly have its place, even if “the ‘cryptocurrency use case is not something that is welcome in China,” he said. Specifically in the “Belt and Road” initiative, designed to help developing nations leapfrog phases of development and go directly into digital infrastructure and forge ties to the Communist state.

“The Chinese understand that blockchain is a collaboration technology and many different organizations are investing massively in that,” he said.

With China’s growing presence on the world stage, some have questioned how long Hong Kong could maintain its (semi) independence. Since before the turn of the century, Hong Kong has maintained its autonomy and ties to international capitalism with little interference from mainland China under the “one country, two systems” policy.

In June 2020, China passed a wide-ranging security law that limits the city’s residents’ right to demonstrate. Tensions have flared and the future of Hong Kong independence is now in question.

“There are changes in Hong Kong, like how things change after an election in the U.S. But the people remain here. Everyone is here, because this is where finance is happening,” d’Haussy said. “The changes happening are not breaking the sentiment, it’s not breaking the energy. We keep going.”