Fear Is Good (For Your Wallet) 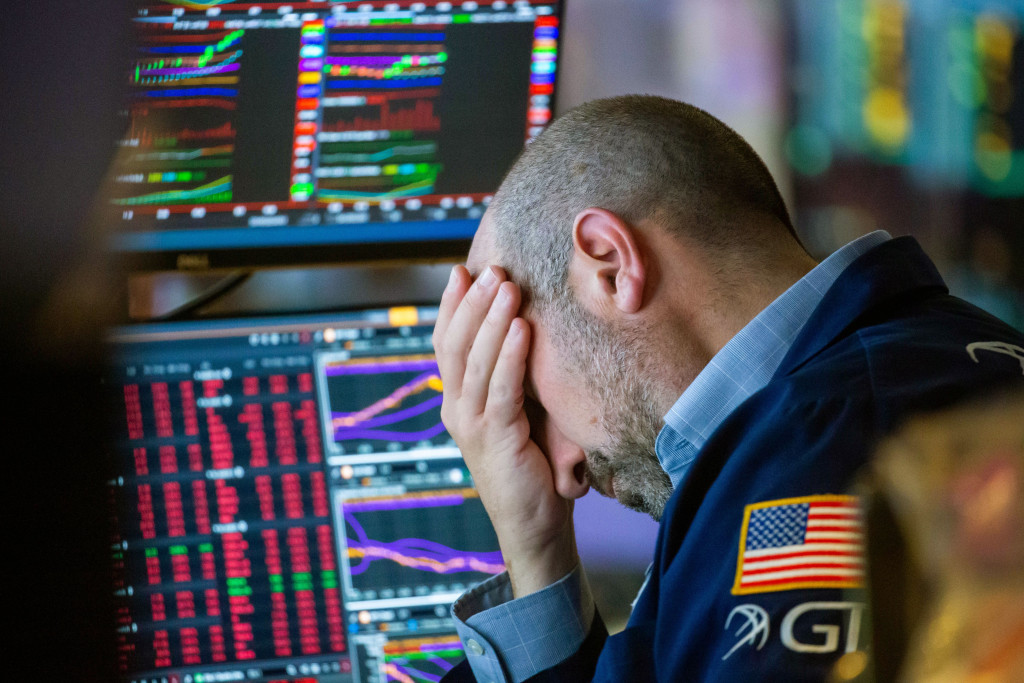 U.S. stocks are bouncing back today after a 1.8% dip in the Dow Jones Industrial Average yesterday ? the worst drop in two months. Crypto assets are stabilizing, as well, after overall crypto market caps dropped by 10% yesterday, according to CoinGecko data.

Despite the size of the drop, what many investors probably experienced yesterday was more of a correction than a crash. We?ve been in a remarkably calm, damn near up-only market in equities for more than 18 months now, and even crypto has defied historical patterns to recover from a blow-off top that peaked in April. So as long as you?ve stayed the course, you?re probably not too stressed right now.

But maybe you should be.

The dip, after all, was seemingly the result of real concerns about the looming impact of specific fundamentals and negative forces, which could go a few different ways in coming months. Evergrande Group?s debt didn?t suddenly disappear, and neither did the Delta variant of the coronavirus. Both will continue, at best, nagging markets over coming months.

That makes now as good a time as any to talk about fear and the role it plays in investing. In American culture, fear is denigrated as an unworthy emotion, a sign of weakness, a failure of character. In crypto in particular, fear is even more aggressively disparaged, as encapsulated in the epithet ?FUD.?

FUD stands for ?Fear, Uncertainty and Doubt,? and it seems mostly used, to be frank, by people who would rather not reckon with uncomfortable questions, or even uncomfortable facts. A simple report of indisputable negative news, such as an U.S. Securities and Exchange Commission lawsuit against an alleged fraud, or consideration of a truly worrying unknown, like tether?s reserves, will often be dismissed by denizens of the crypto-sphere as mere ?FUD? and therefore unworthy of attention.

That attitude is a great way to get utterly rekt. Imagine, for example, that an investor in Evergrande began hearing worries about its debt load a year ago and dismissed those concerns as ?FUD.? Evergrande is huge, and so there probably were plenty of investors who did exactly that, perhaps without the precise terminology.

Evergrande?s stock is now down 83% from 12 months ago.

Fear, uncertainty and doubt are starting points for critical thinking and building stronger theses. They are feelings that evolved in humans to prevent us from taking stupid risks and getting eaten by saber-tooth tigers. They imply questions that need to be answered (?Is there a tiger in that bush??), not merely numinous negativity (?There are tigers everywhere?). In short, if you care about risk and remember that markets really do sometimes go down, you must be open to fear.

To be clear, there are bad kinds of fear ? particularly, panic. A key takeaway for individual investors from today?s recovery bounce: NEVER panic sell. In theory, you might think you?ll save some of your capital and then rotate back into assets at some point as they bottom out or recover, but trying to time that move is a real gamble.

That seems especially true right now. With cash spilling out of people?s pockets, pullbacks are almost instantly answered by someone willing to ?buy the dip.? About half of those buyers, at least in the U.S. stock market, are math-genius robots connected directly to the New York Stock Exchange by fiber-optic cables, and buddy, you?re not going to beat them through your Fidelity account. That is one reason individual active traders, on average, lose money.

One way to think about the difference between fear and panic is how they manifest in a mildly risky situation, such as a day hike in the woods. A reasonable amount of fear will lead you to bring plenty of water, rain protection, insect repellent and a compass, so that you?re prepared for the worst.

Panic, on the other hand, will lead you to fall off the side of a mountain when a bee flies into your face.

Part of the point here is that informed fear actually prevents reactive panic. If you were already attuned to the market?s worries about Evergrande, maybe you were on board with the professionals and high-frequency traders who were able to sell off first thing Monday and then successfully bought the dip (again, don?t try that at home).

But if you were simply blocking out negative signals, you were among those who started seeing headlines about some Chinese real estate developer at 11 a.m. Eastern, then sold the local bottom like a city kid afraid of a bee.

So go forth, and be fearful. In the long run, you?ll come out ahead.