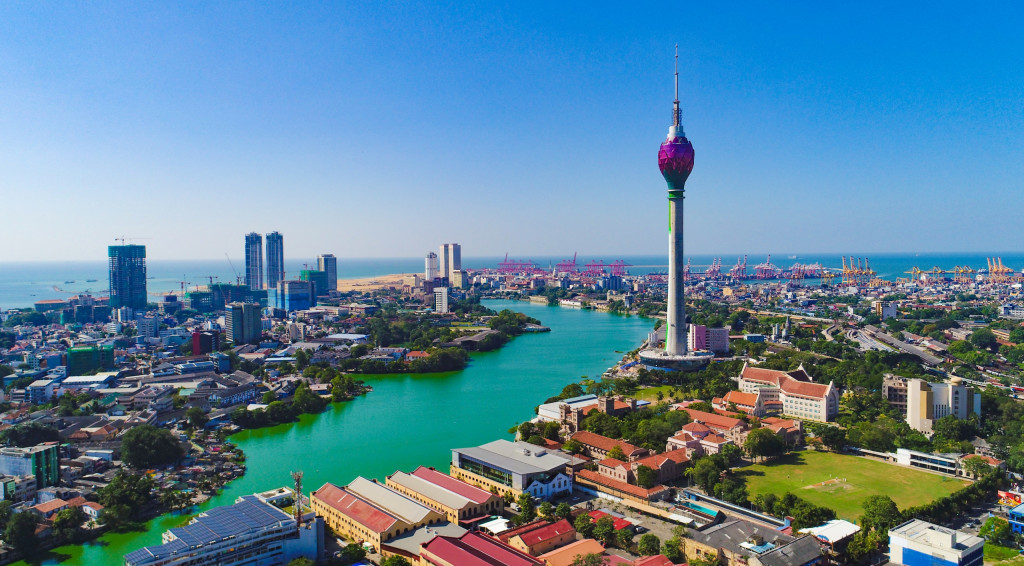 Ravipriya Bandara, a 30-year-old marketing strategist and corporate trainer from Sri Lanka, had his work hours reduced amid nationwide lockdowns during the first wave of COVID-19.

With more time on his hands, Bandara started looking for investment opportunities and came across a conversation on Facebook about bitcoin. Bandara was soon introduced to an online community of crypto enthusiasts from various parts of the island.

“I didn’t know crypto was that popular in Sri Lanka. But when I joined the Telegram groups and all the communities, I realized that there had been a good amount of people who had been interested in crypto since 2015 or even earlier,” Bandara said.

A steady stream of newcomers like Bandara are joining the island’s veteran bitcoin investors. While many new investors are attracted by the promise of quick gains in an ongoing crypto bull market, others are shaken by the coronavirus pandemic’s economic devastation and are searching for a more promising store of value.

Even so, increasingly more Sri Lankans are turning to peer-to-peer (P2P) crypto trading platforms or closed social media groups to purchase crypto. P2P bitcoin trading platform Paxful saw a 730% rise in trading volume between April 2020 and April 2021, according to data from Useful Tulips.

“The average monthly volume so far in 2021 is three times what we saw in 2020,” said Danny Stagg, director of communications at Paxful.

Stagg said the trading volume recorded on Paxful for Sri Lanka in the first three months of this year alone has already surpassed the total volume traded in 2020. A number of other emerging markets have seen similar trends, particularly in Brazil and Morocco.

Sri Lanka’s interest in crypto has ballooned to such an extent that, in April, the country’s central bank (CBSL) published a warning, alerting the public of the risks involved in virtual currency investments for the second time in the last three years.

CoinDesk reached out to CBSL for comment on the most recent warning but the institution did not respond by press time.

For nearly three decades, Sri Lanka was embroiled in an internal conflict that came to a violent end in 2009, with the United Nations later launching a probe into whether war crimes had been committed. Since the end of the war, the country has been attempting to fast-track development, becoming heavily indebted to China in the process.

Nonetheless, Sri Lanka slowly cemented itself as a top tourist destination, and the tourism industry accounted for 12.6% of the country’s GDP in 2019. But the same year a series of ISIS bombings on Easter Sunday claimed 250 lives including 42 foreigners, dealing a heavy blow to the economy.

Now, Sri Lanka’s tourism sector, and the economy as a whole, is struggling to recover from the impact of the prolonged nationwide lockdowns imposed during the pandemic. With COVID-19 cases on the rise again, travel restrictions within and into the country have been reinstated.

The island reported a devastating -3.6% economic growth in 2020, the country’s worst economic downturn in the last 73 years. The Sri Lankan rupee (LKR) fell to record lows against the U.S. dollar last year while the government turned to China for a bailout to avoid defaulting on debt owed to foreign creditors.

Meanwhile, the central bank is holding interest rates down until the economy shows signs of recovery. The rupee fell further in April following a $1.5 billion currency swap deal with China, leading to speculation about a rise in inflation towards the end of 2021.

“With these conversations, people are now trying to see what other avenues, what alternative investments they can get into, rather than putting money into fixed deposits or the other savings in banks,” Bandara said.

When Chirath Rajapaksha, an early crypto investor with a background in traditional stock trading, tried to buy bitcoin in 2018, it was difficult for him to find sellers online.

“I had a very hard time finding people. But now when you go on Facebook and just type ‘bitcoin’ you can find 10 or 20 people to buy from. On Binance P2P, you easily have more than 20 or 30 sellers,” Rajapaksha said.

In 2020, Binance added support for the LKR on its peer-to-peer trading platform. According to Dilip Ishara, blockchain community manager and Binance Angel, Sri Lanka’s local Binance community has around 4,000 members.

As crypto trading booms, the number of scams in the local trading industry is also growing.

On a daily basis, Ishara gets hundreds of requests from prospective investors looking to join the closed groups but because of the prevalence of scammers, administrators of various online groups have to vet all requests before making any decisions, Ishara said.

According to Rajapaksha, the pandemic has revealed the “ugly side” of crypto in Sri Lanka: Those who are new to crypto can easily fall victim to the scammers and fraudulent schemes that have permeated the crypto space.

“A lot of people are struggling with their current jobs, especially people from the travel and tourism sectors. They’ve had two very rough years. When the pandemic started, we had more people join our groups. But those who are not knowledgeable about crypto who want to make money quickly end up falling for pyramid schemes and losing their way,” Rajapaksha said.

As veteran crypto enthusiasts, Rajapaksha and Ishara spend a lot of time advising newcomers on how to avoid scams and trade carefully.

“But we can’t stop the scams completely,” Ishara said.

In 2018, Aman, 22, invested the $1,200 he earned while working with his father, a carpenter, on a basket of cryptocurrencies including bitcoin, ethereum and chainlink. In fact, Aman got some help from Rajapaksha in navigating the space when he first started.

“At first crypto was something like a part-time job for me, and then gradually I became a full-time trader and now it is my main source of income,” Aman said.

Aman is eager for the government to step in and regulate the space.

“Maybe proper regulations and awareness programs will be helpful for newbies as well as to avoid scams. Regulating the space in a good way will attract more investors,” Aman said.

According to Dr. W. A. Wijewardena, economist and former deputy governor of CBSL, in Sri Lanka the only currency that is legal tender is the rupee issued by CBSL, making any other means of payment illegal.

“However, if people choose to issue alternative currencies, the central bank cannot stop it,” Wijewardena said, adding that’s why CBSL has issued multiple warnings concerning the use of cryptocurrencies.