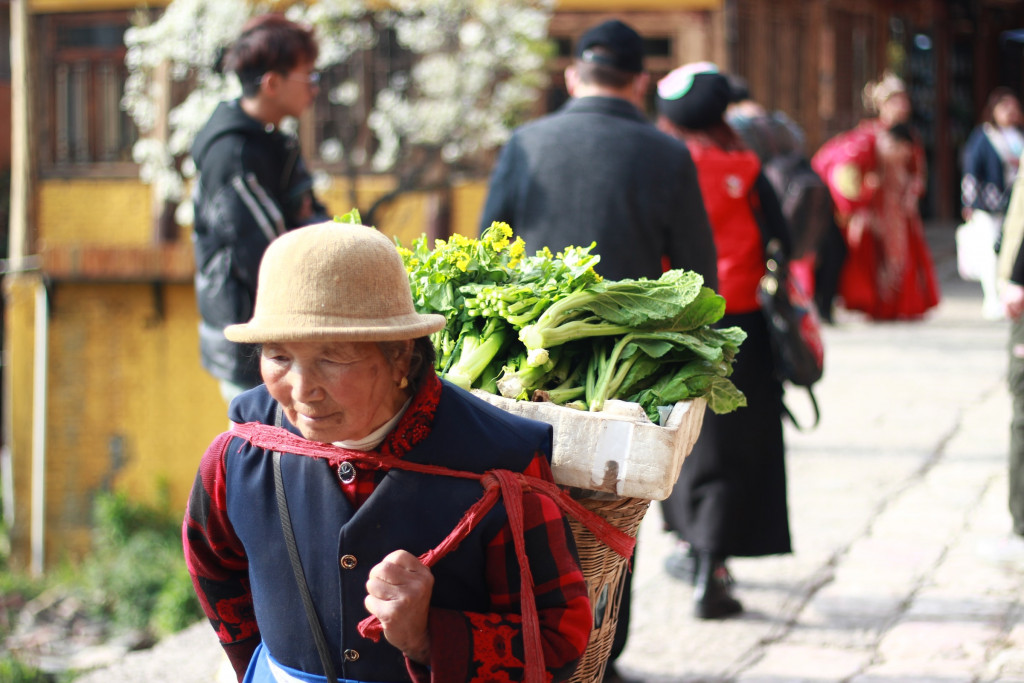 We got at least a hint of fresh insight yesterday into China’s ongoing crackdown on big tech companies, which recently swept up ride-share service Didi Chuxing and the fintech-focused Ant Group. At least one underreported goal of the crackdown is “to reduce inequality and promote what the party calls ‘collective prosperity,’” according to a new report by the New York Times’ Li Yuan. With China’s economic growth slowing, Yuan writes that “the country’s rising inequality is becoming a time bomb in the eyes of the [Communist] party.”

That could be dismissed as empty rhetoric in service of a power play if the Chinese authorities weren’t so focused on so-called digital platforms, which are believed to be drivers of inequality by an array of experts around the globe. Yuan cites an unnamed venture capitalist claiming that, by contrast, semiconductor and artificial intelligence firms are considered “first-class companies” developing “’real’ technologies,” and are being largely left alone.

Centralized platforms, inequality and the alternatives

Digital platforms are companies that serve as middlemen in a variety of markets, such as Amazon in e-commerce, Facebook in social media, or Uber and Airbnb for services. They collect large amounts of data about both sellers and buyers, and leverage that data to grow. According to a large body of research from economists and social scientists, though, this business model inherently creates inequality because of its reliance on economies of scale and network effects, which, among other impacts, tend naturally toward monopoly.

But those platforms are also gigantic economic engines, dominant in part thanks to the inherent efficiencies they create. It’s extremely unlikely China would shut them down and sacrifice economic dynamism in the name of inequality – the power of the Chinese Communist Party depends too much on continued domestic prosperity.

There is a third path, both for China and the rest of the world. Though the concept is still nascent, blockchain-based systems, such as decentralized autonomous organizations (DAOs), could capture the efficiency of large two-sided marketplaces, but without the centralization that creates inequality. Instead, the benefits would accrue to platform users in the form of higher revenues or lower costs. They could also potentially give a platform’s users, including buyers and sellers, more input into the design of the overall system using blockchain governance techniques. (I wrote about this concept in more depth back in 2014.)

But China, it would appear from its ongoing and recently accelerated crackdown on bitcoin, is even more hostile to truly decentralized technology than it is to inequality.

This likely obscures the simpler, deeper motive, which is to make examples of a few prominent figures to cement the Communist Party’s hold on power. Yuan writes that private companies in China are “likely to lose what’s left of their independence and become a mere appendage of the state.” I’m not sure I agree that’s the likely outcome after China’s private sector has done such a good job of raising the country’s standard of living, but it’s certainly directionally correct.

But there is a very real reason for China to be concerned about inequality: It leads to social instability and unrest. That’s true in general, with examples ranging from Lebanon and Chile to the United States. China has seen it firsthand in Hong Kong: Though less remarked on in the West, soaring poverty and a high cost of living were factors in the massive 2019 protests there, alongside resistance to mainland political encroachment. This is a particular threat to the Chinese Communist Party, because its continued control depends to a great degree on its ability to deliver increasing prosperity – and higher inequality makes people feel poorer.

To be clear, there is much more to the story of inequality than the rise of digital platform technologies. Its possible causes in various contexts include huge declines in top marginal tax rates, the increasing education requirements of well-paying jobs, the shift of less-skilled work to developing countries and the increasing intensity of international corporate tax arbitrage. And that’s just for a start.

But many economists and social scientists argue that digital platforms are at the very least adding to rising global inequality.

Data is at the heart of the problem. Platform companies rely on data to efficiently connect buyers, sellers and products, whether it’s Facebook accurately targeting advertising or Uber quickly connecting drivers and riders. Scale is key, because more participants in a market make those buyer-seller connections more efficient – one version of the so-called “network effect.”

To a huge degree, platforms compete on the basis of the amount of data they gather. This privately held data eventually forms a classic anti-competitive “moat,” with the added twist that the biggest moat is usually owned by the first successful entrant into a market. It’s hard to imagine anyone ever catching up to the amount of search data gathered by Google over the past two decades, for example.

Once they’re established, critics argue, these data moats become something very close to monopolistic market positions. These allow platform companies to reap particularly huge profits because their services can be replicated globally for zero marginal cost. Zero marginal cost is a key distinction between today’s biggest companies and the industrial giants of the past, like General Electric: If GE had a hit toaster oven, it still had to produce the toasters, limiting its potential profits. Once Google builds a digital tool, by contrast, the tool can be reproduced infinitely for free.

Because it pays essentially nothing for each additional search it sells advertising against, its profits can grow to staggering dimensions: $17.93 billion in the first quarter of this year, for instance. And that’s with much smaller workforces than the industrial giants of yesteryear, adding to inequality by sending a greater share of revenue back to investors as profit and less of it to workers as wages. Stanford’s Mordecai Kurz found a huge increase in the concentration of monopolistic wealth among IT firms between 1974 and 2015, with impacts including lower wages.

There’s at least one clear example of this centralization of profits being targeted by China’s crackdown. Beijing was “not happy,” Yuan writes, with the appearance last year of apps that sold vegetables. That’s because they could replace local vendors who rely on those sales for their livelihood, instead siphoning profits to a faraway tech company.

Essentially the same dynamic played out when Uber displaced the taxi industry, creating a wave of despair among drivers who lost their regulated high fares. Of course, the trade-off is clear here: Uber is vastly more convenient and easy to use than the old taxi system. Though Uber knowingly skirted the law during its growth, the U.S. generally tends to let innovators compete, even if it means the loss of jobs in outdated industries or models. China will have to strike a finer balance to protect its workers and wages without strangling innovation.

The platform focus of China’s crackdown, then, actually lines up with prior reporting that the CCP’s crackdown was focused on “cybersecurity.” That may have been meant in a slightly different sense than we usually use the term in the West, with the focus less on the risk that customer data will be stolen or misused and more on the harms of using data exactly the way platform companies intend.

The wealth-concentrating impact of platforms parallels a broader dynamic described in 1995’s “The Winner-Take-All Society” by economist Robert Frank and public policy professor Philip J. Cook. Frank and Cook argued, in part, that the rise of global media, including the internet, will concentrate greater and greater success in a small number of high-achieving individuals as improved communication connects them to a much larger pool of bidders for their talents. This increasingly applies to all fields, and explains some (though not all) of the rising difference between, for example, CEO and worker pay.

This mobility and self-maximalization for the most talented is arguably the core of contemporary capitalism, and for years China allowed it to uncomfortably coexist with its collectivist ideology. That, it now appears, has run as far as the CCP can allow. The problem for China is whether it can foster innovation while reining in high achievers like Jack Ma.

If China’s concerns about platforms and the concentration of wealth are valid, it’s unclear how they might address the problem. The current crackdown has been harsh, but it’s impractical in the long term to simply shut down platforms like Didi. There’s simply too much to be gained from the efficiencies of digital marketplaces.

There is an alternative to centralized platforms – though quite ironically, it’s likely unavailable to China. Decentralized, blockchain-based structures could in theory be used to manage, for example, an open-source version of a matching engine like Uber’s. Once established, they would direct a greater share of overall profits to workers, whether vegetable vendors or drivers, while retaining the benefits of a huge shared marketplace.

For such systems to work long term, they’d need to share Bitcoin’s security, durability and true decentralization – the kind of system in which trust and uncensorability are two inseparable sides of the same coin. But China’s crackdown on bitcoin mining and, even more so, the decentralization theater of its digital yuan, suggest that genuinely open blockchain systems are not part of China’s game plan. Among other risks it can’t seem to stomach are international capital flight and crypto speculation – ways in which, if we’re being honest, blockchain finance can itself drive inequality.

That’s the irony of China’s situation: It can seemingly neither allow the disproportionate concentration of wealth that rises from centralized data platforms, nor the chaotic self-direction at the heart of more egalitarian digital systems. The only other alternative that seems immediately plausible would be state control of centralized digital platforms. That would be a throwback to the even more rigid authoritarian Communism that led to such mismanagement and abuse in the middle of the 20th century, and it’s hard to imagine it turning out better on replay.

After the reforms of Deng Xiaoping, China managed to create industrialized prosperity for its subjects without sacrificing its fundamental control. But it now finds itself on the horns of a much more difficult digital dilemma.