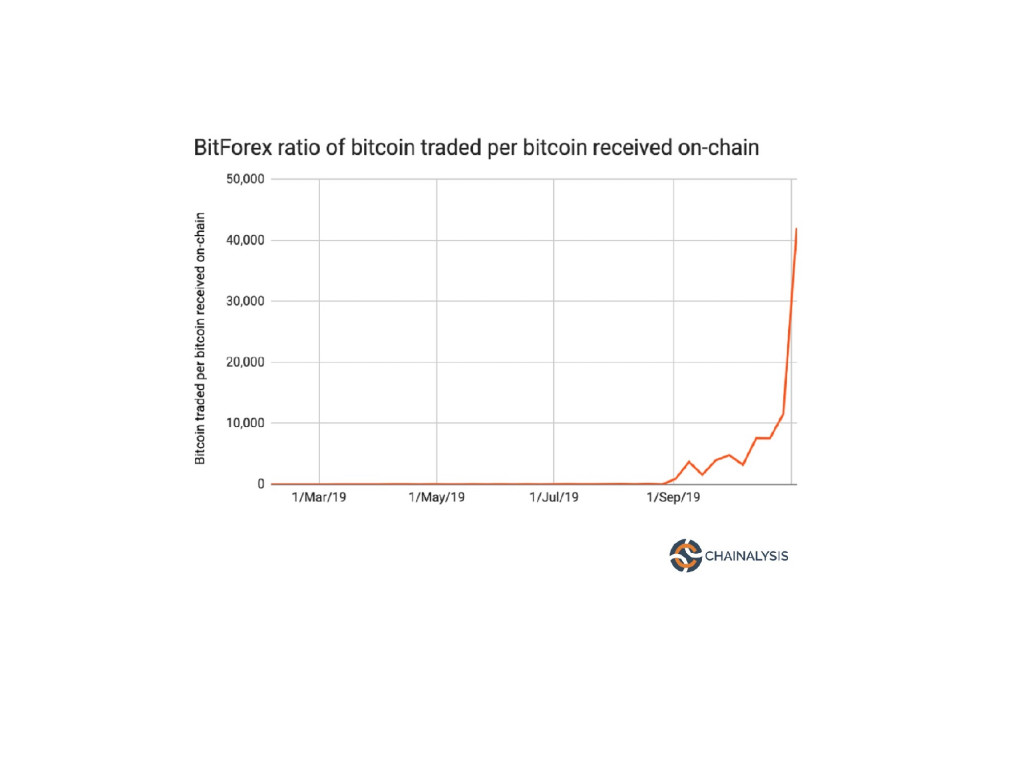 BitForex exchange could be faking its bitcoin trading volume, according to a report released Friday by crypto auditors Chainalysis.

For every one bitcoin recorded entering on-chain between January and November, BitForex claims some 40,000 bitcoins trades traded, the Chainalysis report said. That compares to most leading exchanges average with about 6 bitcoins traded to one on-chain.

“There should be a relationship with the bitcoin moving onto the exchange and how much it is traded,” Philip Gradwell, chief economist for Chainalysis and compiler of the report, said.

The findings of the report were announced at the Chainalysis Links conference in New York.

BitForex did not respond to requests for comment on Friday.

More tools to out fakes

The problem is widespread. According to a Bitwise Asset Management report presented to the Securities and Exchange Commission in March, nearly 95% of bitcoin trading volume is faked.

BitForex could represent a small slice of that fake volume. Its reported ratio is far higher than the top 10 exchanges by volume in the Bitwise 10, a metric of leading exchanges. While those average a ratio of 6:1, BitForex’s is the outlier at 40,000:1.

In an interview, Chainalysis’s Gradwell said exchanges gain popularity and users by ranking high in trading volume. Comparing the practice to SEO, or search engine optimization, the digital strategies websites deploy to increase their Google standing, Gradwell said the higher exchanges rank, the more visible they are to customers, the more customers will come.

This incentivizes reporting high trading volumes, even if the exchange manipulates their data to misrepresent reality. Gradwell said that comes at the customers’ cost.

“It’s really going to degrade the trading experience,” he said. “If you’re a new entrant to crypto, and you think you’re going to a popular exchange – that actually has faked volume – it’s not going to be a very liquid exchange. You’re not going to get the best prices, or be able to buy or sell quickly.”

Investigators, researchers and market manipulators turn to BitForex for its comparably lax standards (the exchange is known to practice transaction mining) and past research also suggests BitForex may not be truthful in its reported figures. A July exchange volume report by Alameda Research scored 48 crypto exchanges on a variety of criteria; BitForex failed five of the six tests.

“It creates a broader harm for the industry,” Gradwell said – institutions cannot trust a marketplace whose participants routinely cook their books.

But the Chainalysis report also showed that industry participants react to negative exposure. Chainalysis examined 12 exchanges that were likely faking trading volume in 2018 – including Bithumb and Huobi. After a suspicious spike in late 2018, and the subsequent media coverage, the exchanges began reporting volume with ratios more consistent with the market leaders.