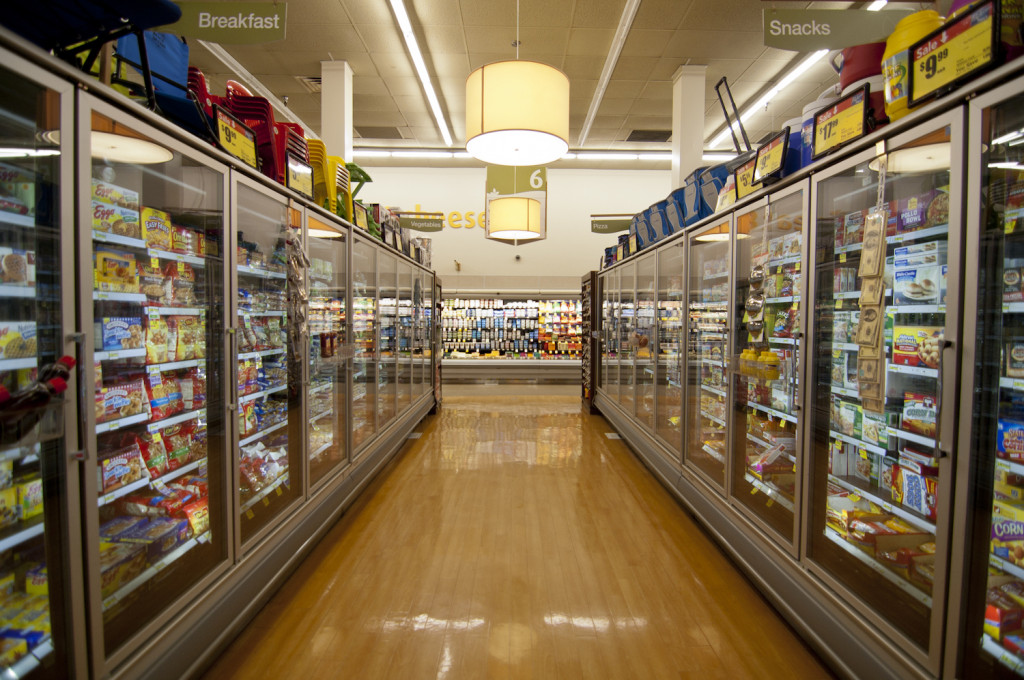 Announced Thursday, Albertsons will begin with a pilot involving suppliers of romaine lettuce – a product which was last year linked to a widespread outbreak of E-coli resulting in recalls on a grand scale, 96 people being hospitalized and, tragically, five deaths.

Based in Boise, Idaho, Albertsons operates nearly 2,300 stores across the U.S., including the Safeway, Vons, Jewel-Osco, Shaw’s, and Acme chains. With $57 billion in sales in 2017, it was second only to Kroger among supermarket companies, according to The Balance Small Business. Albertsons’ addition brings the total number of brands involved in Food Trust to over 80.

Arguably the jewel in the IBM Blockchain Platform crown, Food Trust, which went into live production in October of last year, tackles a critical problem in the commercial food chain: the ability to rapidly pinpoint a dodgy batch of produce and surgically remove those tainted goods from circulation so that retailers don’t have to empty their shelves of every item in the affected category, be that lettuce, spinach, beef, etc.

It appears to be a compelling proposition. Most recently Food Trust signed up European supermarket giant Carrefour, to join other food business giants such as Walmart, Nestle, Dole Food, Tyson Foods, Kroger and Unilever. According to Big Blue, more than 500,000 traces have been conducted on the platform to date (each trace represents a single lot, although the number of items per lot varies from company to company).

“I truly believe there’s power in numbers. Now all those big companies can come together and ask suppliers to come on the platform. We always had technology in supply chain but now with all the data you can gather the potential is there to take it a step further.”

She explained that the food industry has always had a firm focus on safety but said doing recalls efficiently is difficult, first involving the internal supply chain and then looking into the external supply chain. “What we had before wasn’t this efficient, that’s for sure,” she said.

As early as 2016, IBM and Walmart began testing blockchain to reduce the time to track goods. A proof of concept done with the Tsinghua University of Beijing focused on China’s massive pork market, reduced the time taken from days to minutes.

Nanavati said Albertsons is already thinking about the next categories of products to add, but that for now, the focus is on ensuring the romaine pilot succeeds, which will take “weeks” rather than the typical “months and months.”

Having been a key platform partner to IBM Food Trust, Walmart last year issued a mandate to all its suppliers of leafy greens stating that they had to get on to the blockchain by a deadline of the end of September 2019.

Asked whether Albertsons will follow Walmart in mandating that its suppliers use Food Trust, Nanavati said:

“I think we are in a position to do so. It is going to benefit the customers in general. Are we there yet? I don’t believe so. I think mandate or not, we would recommend it.”

It’s not uncommon for large retailers to demand quite exacting quality assurances from suppliers down the line. Nanavati said that Albertsons has seen some of its suppliers coming forward and asking to be involved in Food Trust.

As far as Walmart’s mandate goes, IBM’s Livingston said that while “it does work hands down if you make it a requirement,” she acknowledged some retailers are against this approach and don’t want to send a message entailing further requirements to their suppliers.

“I see it being good and also having some drawbacks. I think it’s beneficial [to participate] for all parties whether you are mandated to do it or not because it’s in your best interests,” said Livingston.

Nanavati added that Albertsons has been working with IBM to make sure getting data on the blockchain is easy for suppliers large and small.

“I have this vision that I want some farmer who only has these two fields but we care deeply about them, that they be able to just use their smartphone and do something quick for tracing,” she said.

Looking beyond food safety, Albertsons is also exploring how blockchain can assure consumers of the provenance of its extensive “Own Brands” portfolio, worth about $11bn per annum. Carrefour also mentioned this use of the tech, in conjunction with an app which easily lets customers trace the life cycle of its organic chickens.

“The joke is consumers now want to know where their chicken’s parents were from,” said Nanavati.

It’s notable that IBM seems to have had a relatively smooth ride getting competing firms to join the Food Trust blockchain.

Livingston attributed this to careful consideration on the technical side of things regarding data privacy.

“We knew we would have competitors on this so we asked what they wanted,” she said. “They told us they wanted it to be permissioned and they wanted fine-grain access control on the data, to be able to stipulate who has access for every transaction and for everyone who comes into the system. If they want, they can make it completely private.”

She also said the establishment of a Food Trust Governance Committee has helped reassure players of a level playing field.

Looking at blockchain consortia in other industries, banks, for example, remain skittish about sharing data, even when encrypted. Meanwhile, ocean carriers don’t appear to trust each other enough to get on a distributed ledger together.

So is the food production and supply chain industry more convivial?

Nanavati said a better word would be “responsible” since disasters in food supply chain can really impact people’s lives, concluding:

“This is not the place to compete in my opinion. This is one place where it’s about serving the interests of our customers. Food safety is paramount. It’s table stakes.”