The Economics of Ethereum’s Coming Consensus Change Are Taking Shape 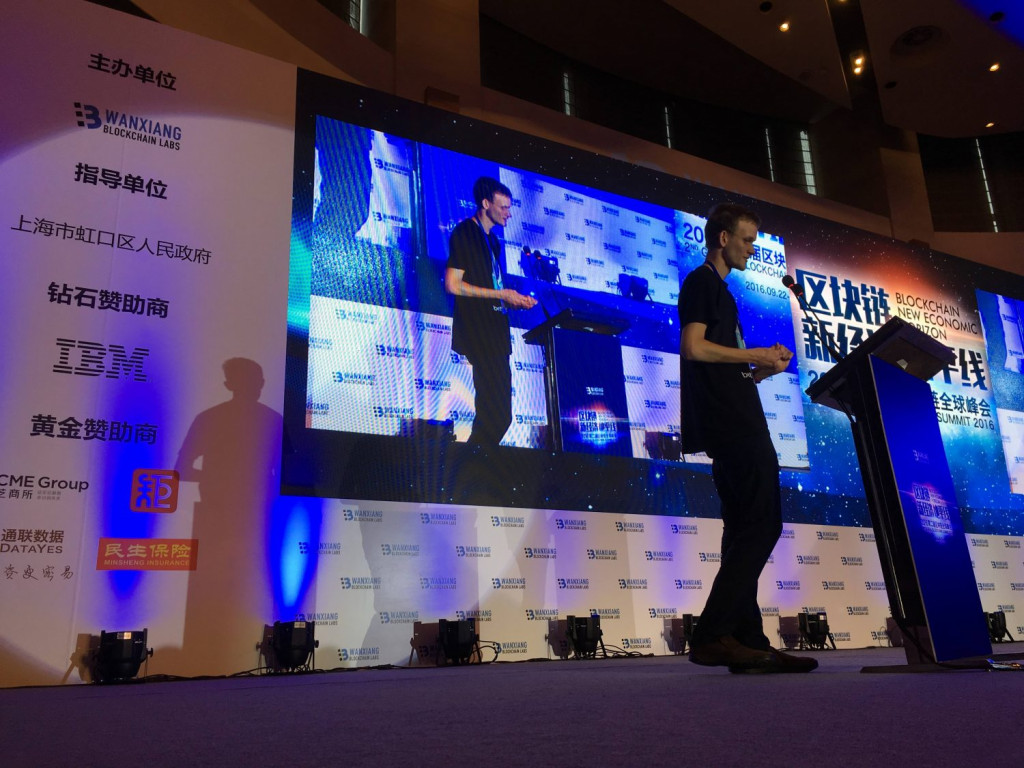 That’s how much cryptocurrency users will need to participate in testing ethereum‘s upcoming consensus protocol, Casper, at least according to the blockchain’s creator Vitalik Buterin. During the final day of an ethereum conference in Toronto last week, Buterin took the stage to discuss his version of the software designed to change the way those running the software reach agreement.

Called Casper FFG, the algorithm has recently seen notable progress (with the first specification arriving last month), and Buterin said at the event he expects the pace of experimentation to quicken (though no timeline for the change has been given).

Heralded as a more egalitarian form of keeping the global software in sync, proof-of-stake enables users to set aside funds whereby they act as virtual mining machines. As such, Buterin spent his time on stage outlining the protocol and how the change will alter participation in the network.

Whereas today users must buy specialized hardware, Buterin explained that participating in Casper will first require submitting a minimum of 1,500 ETH (or just over $1 million) into a smart contract. While 1,500 ETH might seem like a large sum of money, Buterin emphasized that nodes with less ether can participate in a pool, or a group of nodes that work together and split the profits.

“[Casper] will hopefully be one of the more joyous experiences in ethereum in a fairly short time,” Buterin said.

The high price is due in part to ethereum’s current scaling challenges (the consensus protocol simply cannot support more than a certain number of nodes). However, once sharding, a scaling solution that works by splitting up the blockchain into smaller chunks, is implemented, Buterin estimates this figure will be lowered to around 32 ETH ($25,856).

Still, even users with less available crypto will be able to experiment with staking on the Casper testnet, which is currently only running on a handful of nodes “soon.”

“You will also soon be able to stake – ‘soon’ with a trademark. So, that’s more than two weeks.”

Elsewhere in his speech, Buterin gave a breakdown of the various steps involved in setting up a Casper validator, or a node that will participate in the ethereum proof-of-stake protocol.

For developers, Buterin explained, the Casper FFG code offers a lot of customization freedom. In the first stage of the setup, for instance, nodes have the option to introduce features like multiple keys and additional security.

For non-developers, the process of configuring Casper code may seem complicated, but Buterin said that for most users, the setup phase will be as simple as clicking a button.

He told the audience:

“The good news is … that in practice, you personally as a user probably don’t need to worry about which validation code you’re using. You as a user basically just click a button that says deposit.”

After that setup, users will then need to pick a wallet for which to receive returns, but again, Buterin said, “Your client will do all this magic for you.”

Once users have submitted the 1,500 ETH minimum, the money will be locked up into a deposit, and by running the software, rewards will be dolled out in proportion to the amount of ether at stake. Nodes will automatically vote on potential blocks, and the average user doesn’t need to worry about how this works, but just needs to keep the node online to see returns start to come in.

“From your point of view, as a regular user you just need to keep your node online, keep your node running, and your node will just do all this voting automatically,” Buterin said.

With that node online, Buterin then detailed what returns a node could expect from staking in the network (although he stressed that the exact numbers were not final yet).

Assuming a deposit of 10 million ETH – if validators are constantly online – they will earn somewhere between 0 percent and 5 percent returns annually, Buterin said, adding, “Probably closer to five than to zero.”

But if a user’s node goes offline for the majority of the time, they’ll actually start losing some of their deposit, because the protocol begins to penalize inactive nodes. Yet, Buterin said, even if validators are only online between two-thirds and one-half of the time, they’ll still see returns.

“So, yes, it is safe to validate if you just have a laptop. Unless you’re like me and you travel 24/7 and can’t even count on your laptop being connected to the internet,” he joked.

Yet, these returns are contingent on users being good actors in the system.

With Casper’s internal “slasher” concept – that is, not simply rewarding those who perform well, but punishing those who perform badly – the protocol disincentives certain behaviors, such as the formation of large staking pools and double voting on which transaction history is correct.

If a user is caught doing these things, they can lose between 1 percent and 100 percent of their deposit, Buterin said.

Yet, this would jeopardize a significant amount of money, which to Buterin and many ethereum developers will deter bad behavior.

“You can do this at the low, low price of 1.67 million ether, which I believe is somewhere north of $1 billion dollars.”