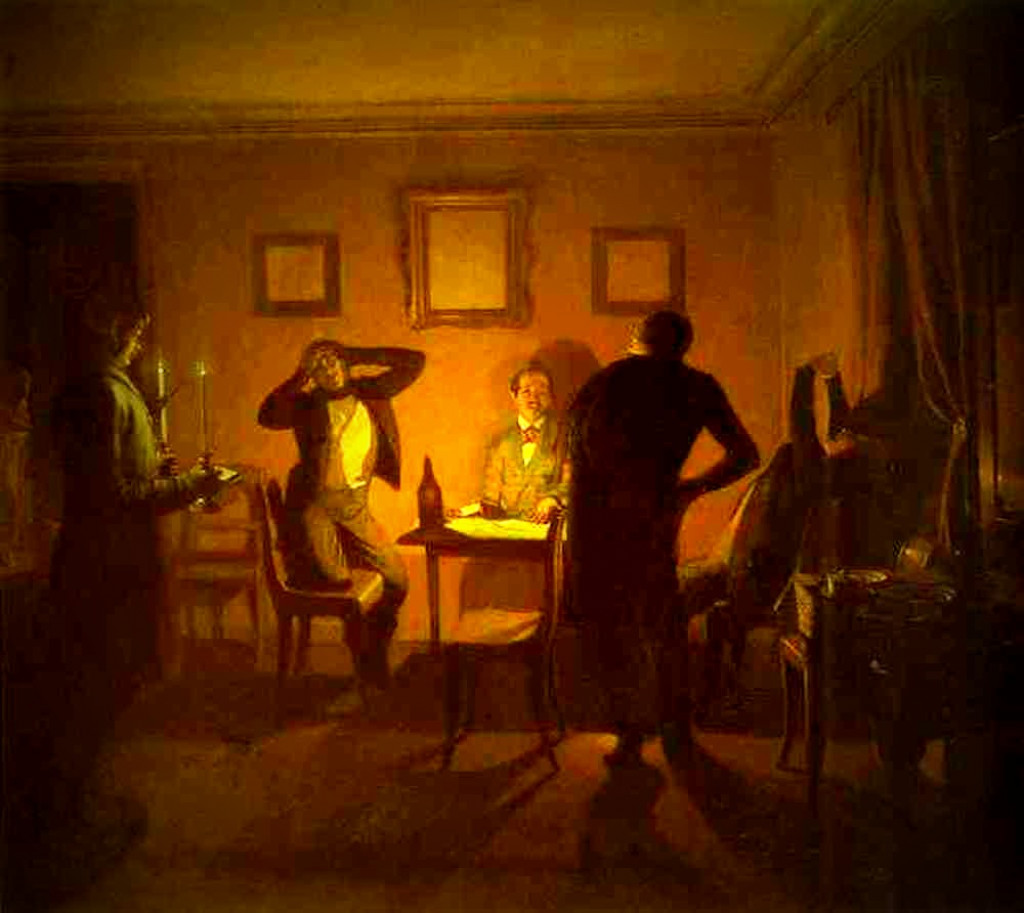 Tether, the largest dollar-backed stablecoin, penetrating nearly every nook of the crypto market, is in the news again and for inauspicious reasons.

Perma-bears who are worried that the lingering tether (USDT) scare would eventually culminate in a breaking of the buck might now be searching for the crypto market equivalent of a credit default swap – a derivatives instrument that allows buyers to bet on another trading counterparty’s creditworthiness.

The answer to that might be a put option on tether, essentially a bet that the stablecoin’s price will fall below its ostensible redemption value of $1. Some traders have been actively scouting around for such a trade, according to some players in digital-asset markets.

“We do continually have inquiries on tether puts,” said Rich Rosenblum, co-founder, and president at institutional market maker GSR Markets.

Once an academic question, the matter of how to bet against Tether is getting fresh impetus from a report Monday that the U.S. Department of Justice is investigating the stablecoin issuer for possible bank fraud. So far, the token, which serves a crucial role in the plumbing of the $1.6 trillion crypto market, has held its peg to the dollar. Tether described the latest report as “repackaging stale claims as news.”

A put option gives the purchaser the right but not the obligation to sell the underlying asset at a predetermined price on or before a specific date. A put buyer is implicitly bearish and pays a premium or compensation to the seller for offering insurance against a price drop.

Traders asking for tether puts are essentially looking for a hedge against tether losing its 1:1 peg to the U.S. dollar. Tether maintains a dollar peg, helping buyers bypass volatility risks associated with other cryptocurrencies like bitcoin. USDT has been widely used to fund crypto purchases over the past 12 months, as evidenced by the sixfold rise in its market capitalization to over $60 billion.

What makes tether controversial is the lingering lack of transparency about the reserves backing it and the growing regulatory unease concerning stablecoins in general.

“Since the beginnings of the Tether foundation, there have been market participants questioning the stablecoin’s reliability,” Chris Dick, a quant trader at B2C2, said in a Telegram chat.

Some are worried that the stablecoin is not fully backed by liquid reserves and the dollar peg will break if there are mass redemptions, leading to a crypto-equivalent of a bank run. That’s a situation when customers start withdrawing money from a bank at once, leading to the insolvency of that institution.

The market could face severe liquidity shock if traders were to lose faith in tether, analysts at JPMorgan said earlier this year. Therefore, it’s no surprise that there is some demand for put options on tether. Fulfilling that demand, however, is easier said than done.

Currently, there is no active market for put options on tether. Exchanges don’t find a business case there, as technically, there is no exposure to offset. Traders don’t make bullish or bearish bets on tether as they do on other assets. It’s a stablecoin bought on confidence that eventual redemptions will return an equivalent amount of dollars, and it’s used to fund crypto purchases.

“Because there is no active market for USDT options or even bitcoin options with tether as counter currency [BTC/USDT], a dealer selling a USDT put cannot hedge the short exposure,” B2C2’s Chris Dick said. “This risk is naturally reflected in the premium paid for a USDT put.”

Market makers and dealers stand on the opposite side of traders and investors and typically run a direction-neutral portfolio. For instance, a market maker selling a bitcoin put option is exposed to a potential price drop and might hedge by selling bitcoin in the spot or futures market.

If that option is not available, the market maker could demand higher compensation or premium from the buyer to justify entering into the trade.

According to GSR’s Rosenblum, the high cost has played spoilsport to date. “The pricing comes out to be too expensive for most buyers,” he said.

The solution may be dealing in a tether put at a much lower or out-of-the-money strike below $1.00. That would cost relatively less than buying a put at $1.00.

For example, if a fund is looking to hedge against a complete collapse of the Tether foundation, it would likely pick a strike deep out of the money – perhaps a price of $0.50 for USDT. That would help keep the fund’s premium low but pay off handsomely if the view is realized.

B2C2, being a liquidity provider, doesn’t have a view on tether, but stands ready to give a price and other hedging solutions.

“Any fund managers looking to take this position should consider borrowing USDT from B2C2, collateralized with any currency of their choice,” Dick said. “This would allow them to sell their borrowed USDT, giving them a short position that would profit from a fall in USDT/USD.”

Tether put, a bearish bet on the entire market?

According to Kaiko Research, bitcoin-tether trading volume is magnitudes greater than bitcoin-dollar volume. So there are fears that instability with tether’s peg might cause market-wide panic.

So buying a put option on a tether option would essentially mean taking a bearish bet on the entire crypto market. That’s a factor to consider for the buyer.

“If USDT were to drop substantially, it likely would be a time when the crypto market, in general, is suffering substantial losses,” GSR’s Rosenblum said. “USDT put buyers should be wary of what the credit environment would look like if the puts pay out.”