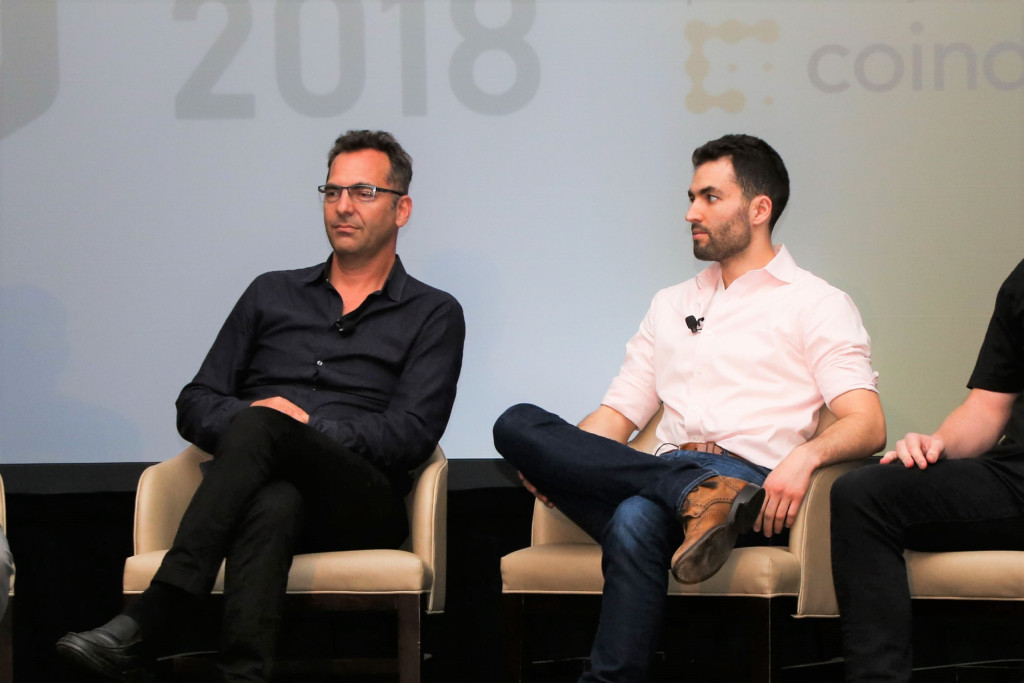 Four young adults, two men and two women, were talking about ways to make vegan sausages edible when I showed up with my pesky questions. I was reporting on Props, a social media cryptocurrency experiment that has become a semi-prominent feature of the streaming platform we were all on, YouNow. How they’re used, whether they’re liked and if you’re sad to see them go.

The one with the cockney accent and a mess of curly hair, DrWhyBrother, was first to respond. He liked Props because it helped him monetize his streaming account, but thought it “should go back to how it was” before “they” made it more difficult to “level up.” He wasn’t yet aware that the program was going to fade out entirely in four months. “What’s that going to do with the chests though, Abbie?” She didn’t know. No one knew. Before long they were back to discussing vegan mayonnaise.

I may have been an intrusion into breakfast talk, but it was all part of the show. YouNow is a platform built for streamers and their audience in the age of hyperconnectivity and endless engagement. It offers an easy way to go “live” (usually from your bedroom) and banter about anything with complete strangers or friends. Anything can become “content.” Props, an early Web 3.0 token experiment, was a way to make money off this stream of entertainment about everything and nothing.

It was an innovative idea, given the regulatory stamp of approval, that is now calling it quits. Announced Friday, Props will shut down its loyalty rewards program and cease maintaining the Props protocol at the end of the year.

“[F]ollowing years of work and the devotion of substantial resources, we have not been able to develop Props Tokens in ways that could lead to commercial success, and there is no reasonable prospect of that happening in the future, given the regulatory framework,” YouNow founder and Open Props CEO Adi Sideman wrote in a farewell blog post published Aug. 12.

Social media has become synonymous with “influencers,” or the superusers on apps like TikTok, Instagram and YouTube, who command a significant audience of followers. Under this model, the talented, the attractive and entertaining can make fortunes. It’s a data business: the more eyes you can attract, the more you make. Of course, the data brokers, the platforms themselves, earn the most.

Props, developed by YouNow, was proposed as a way to share this wealth. Creators would earn tokens for creating, but so would users for the value they create on the platform by watching, liking and sharing content. It would give everyone a financial stake in the success of the platform. I earned 0.0001 props just for logging on today.

In 2019, the U.S. Securities and Exchange Commission (SEC) granted Props permission to offer a valuable securities-like product to non-accredited investors, users, apps and validators. It was under the Regulation A+ (Reg A) equity qualification, which at the time seemed like the way forward for token projects in the wake of the collapsed initial coin offering (ICO) market.

Read more: ICO Mania Revisited: The Investors and Token Issuers Who Made Good

The tokens weren’t a way to raise capital for the network – Props pre-sold $21 million worth of tokens to Union Square Ventures, Comcast, Venrock, Andreessen Horowitz’s Chris Dixon and YouTuber Casey Neistat – but a way to grant some sort of ownership over a platform to users. It was integrated into five other platforms as well – testing the viability of interoperable social networks – and had some 10 million users.

“To build great products, startups need flexibility and agility to evolve and enhance their offering in response to user behavior, customer needs, available tech and market trends,” Sideman wrote. The project had planned to expand into staking, non-fungible tokens and expand onto U.S. exchanges.

But the status as a “qualified securities” meant that every significant update or change would have to go through an approval process with the SEC, Sideman wrote. “[W]e are unable to follow anything remotely like proper product development of ‘launch, measure, iterate’ and struggle to launch new key functionalities we develop,” he said.

“We are profoundly grateful for the support of the community. We struggled mightily to make Props tokens and the Props Loyalty Program commercially viable, hoping it would grow and grow. We are saddened that regulatory conditions have let us and our community down,” Sideman told CoinDesk through a spokesperson.

The news certainly puts a damper on the viability of Reg A for token founders looking to build the next-generation web powered by crypto.

Read more: SEC Chairman Gensler Agrees With Predecessor: ‘Every ICO Is a Security’

That said, Blockstack, a Bitcoin dapp sidechain, was given Reg A approval around the same time as Props. Now called Hiro, the protocol’s founders used the token sale as a way to raise a lump sum of funding from 4,500+ investors, rather than as an ongoing offering, CEO Muneeb Ali said. “Given it’s a compliant offering, we don’t have to worry about regulators saying down the road that this was an illegal offering of securities,” he said.

Reg A still presents a path forward for token founders if they want to be compliant, he added, but it depends on how you’re using it, and whether you’re willing to pay the “significant cost of reporting.” It’s either that, or block U.S. investors from participating.

In recent weeks, U.S. securities regulators have come out hard against crypto markets. SEC Chair Gary Gensler echoed his predecessor’s comments by saying most ICOs were likely securities, and many were unregistered. SEC Commissioner Hester M. Peirce, a champion for the industry, has called out the utter lack of clarity around regulated crypto offerings.

It’s a matter that could determine the future of the crypto industry, though for users it doesn’t seem to register.

“I basically have no idea,” Jemy, another YouNow streamer, said about Props. “I just came here to hang.”