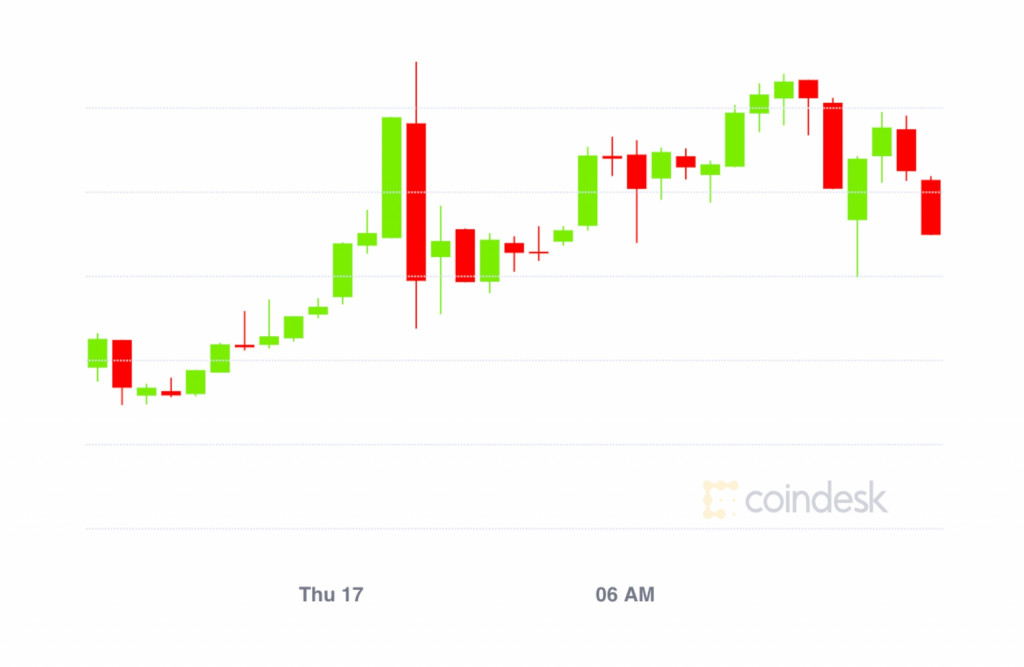 Bitcoin hits a new high at $23,770 on higher-than normal volume; DeFi’s total value locked has also hit a record on the strength of ether.

The price of bitcoin continued its rise to all-time highs, going up to $23,770 as of press time in a highly bullish run that had lots of volume-fueled momentum.

The $23,800 level may be a spot of exhaustion for the world’s oldest cryptocurrency, according to Constantin Kogan, partner at financial firm Wave Financial. “There’s some strong selling resistance at $23,800. Let’s see if bitcoin can break it,” Kogan told CoinDesk.

Volumes on Thursday were higher than on Wednesday, with the eight major exchanges tracked by the CoinDesk 20 seeing over $3.5 billion in volume so far as of press time versus $2.9 billion the day previous.

Indeed, bitcoin’s 30-day volatility has been picking up and will be something to watch over the balance of December.

“Traders should be careful and on the lookout for stronger pullbacks, especially with year-end approaching and traders looking to close their 2020 profit-and-loss,” added LeRest.

Chris Thomas, head of digital assets Swissquote Bank concurred, saying the most recent move feels too strong for his taste. “I’m just waiting for a few big sellers to come back to the market and take profits,” Thomas said. “Let’s look ahead to the next few weeks. Institutional volumes will drop significantly through Christmas so the market will be driven by retail until early January.”

“This should cause us to keep the high volatility, but we’ve got to also be aware there may be a chance of testing $20,000 to the downside,” added Thomas.

Henrik Kugelberg, a crypto over-the-counter trader, noted “fear of missing out” or FOMO as a factor playing into the market’s fervor. “There is of course an element of FOMO in this but the fundamentals are stable as pyramids,” Kugelberg said. “I have said $30,000 before summer but by the looks of this, that might be a very low bid.”

Meanwhile, the amount of ether locked in DeFi is going up, over 7.1 million ETH total.

Yet the amount of bitcoin locked in DeFi has actually fallen during the market’s price run, down to 142,652 BTC.

“While bitcoin has largely dominated the narrative, I believe investors should look to altcoins that have tremendous amounts of development in both the core technology and usership, yet are still a fair way off their all-time highs,” said Pelecanos. “I am expecting to see the price of these altcoins, such as ETH and XEM, rally hard when the BTC price inevitably slows down.”

In addition, prices for COMP, the governance token for the Ethereum-based lending protocol Compound, jumped on the news that Compound Labs will build a new blockchain to provide money market services across multiple networks.

As CoinDesk reported, the new blockchain could be significant because those new supported assets won’t be limited to blockchains – it is designed to also support the forthcoming and rumored central bank digital currencies. Like Compound v1, the new blockchain will also be governed by the COMP token. Once it goes live, it will add more value to COMP holders. At the time of writing, prices for COMP were traded at $167.14, up 9.43% in the past 24 hours, according to Messari.