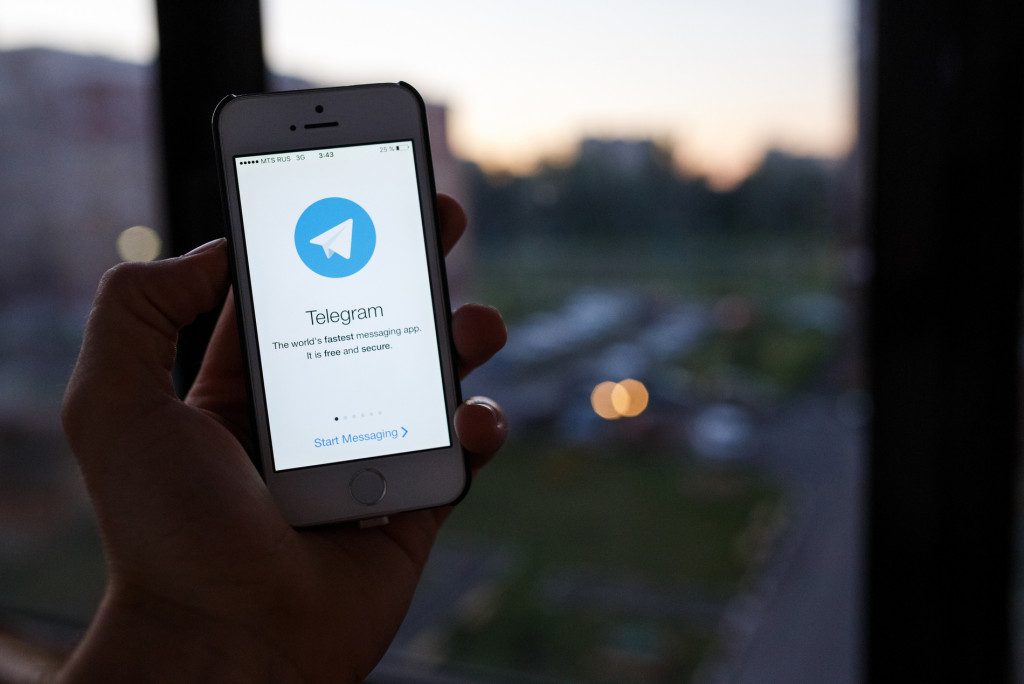 When Telegram launches its long-awaited blockchain sometime this month or next, the go-to marketplace for the new gram tokens could be a fledgling exchange with fewer than 4,000 users.

At least, that’s what Blackmoon Crypto is hoping. But the Malta-registered exchange arguably has an edge, in part because of its relationship with a custodian that claims to have signed up over a third of the investors in Telegram’s early-2018 token sale.

Blackmoon’s CEO, Oleg Seydak, is also the CEO of Gram Vault, the Swiss custodian, and the companies plan to work together to provide those large investors with a marketplace to sell their tokens.

Hence, unlike a number of exchanges that conducted sales of futures-like instruments based on grams, Blackmoon will be the only marketplace to sell real grams directly from legitimate investors as soon as the Telegram Open Network (TON) is live, said chief operating officer Sergey Vasin.

“Exchanges that earlier announced selling grams actually listed some kinds of derivatives. We don’t mind that — at the end, they will have to look for liquidity to deliver what they promised to their users, and they will run to buy grams from us with a premium.”

Another possible advantage for Blackmoon is its association with the secretive messaging app company behind the $1.7 billion TON project.

According to people familiar with the TON development and investment processes, Blackmoon is a part of a network of loosely affiliated entities working with Telegram on the infrastructure for the blockchain and token.

Alexander Filatov, СЕО of TON Labs, which is working on tools for TON developers, told CoinDesk that Gram Vault “is working on the first-to-market custody solution for the gram with a number of reputable international partners.”

Further, Seydak is also CEO of a third company, Blackmoon Financial Group, which was co-founded by Ilya Perekopsky, the vice president of Telegram.

Blackmoon Crypto denies any direct link with Telegram, however.

“Blackmoon crypto exchange has no relation to Ilya Perekopsky nor anyone else employed by Telegram,” Seydak told CoinDesk by email. “While we partnered with Ilya in other business ventures, I happen to be the exchange’s sole shareholder and its General Manager. Blackmoon crypto exchange was founded in October 2018 without Ilya’s participation. The company has developed its own independent technical integration strategy of the new blockchain from Telegram. It doesn’t have, need nor plan to develop any affiliation with the Telegram team to pursue its targets.”

The affiliated company, Cyprus-based Blackmoon Financial Group, was founded in 2014 and started as a lending marketplace. In 2017, the crypto exchange was created, bootstrapped by a $30 million initial coin offering (ICO).

To date, Blackmoon Crypto has been an issuing and trading venue for ethereum tokens backed by shares in mainstream companies such as Xiaomi and Lyft. The underlying stock is held with the custodian, Vasin sID.

This business wasn’t exactly flourishing — according to Vasin, the platform now boasts only about 3,800 users. However, once the gram token is issued, Vasin expects the number to jump up to 15,000 in the days after the mainnet launch (the TON network is expected to be launched no later than Oct. 31).

“This estimate is based on the [number] of new sign-ups we got the day when the information was leaked,” Vasin explained, referring to an incident on Aug. 9, when a public relations staffer jumped the gun and published a press release about its plan to list grams earlier than planned. (Blackmoon formally announced the plan Tuesday.)

Vasin said Blackmoon is targeting both retail investors and sophisticated algorithmic traders who would come to the exchange for real gram liquidity.

The liquidity would come from Gram Vault.

“Gram Vault is a joint venture between some of the biggest investors in the Telegram Open Network who invested over $600 million in both rounds of the deal,” said Alfredo Orrego, Gram Vault’s chief business development officer, adding that the company originated out of the need for a compliant, institutional-grade custody solution for such clients.

“Gram Vault’s trading desk will use Blackmoon alongside other liquidity providers to trade Grams for its users. Blackmoon committed to allocate necessary resources for the technical integration with TON and the Gram listing.”

Vasin hesitated to predict the price of the token once it’s listed at Blackmoon, guessing $3. During the two rounds of Telegram’s token sale, investors paid $0.37 and $1.33 per token. Later, on the unauthorized secondary market, the tokens fetched as much as $4 apiece.

TON is expected to launch no later than Oct. 31. On Sept. 6, the code for TON blockchain nodes was rolled out, marking the final stage of testing before the launch.

UPDATE (September 10, 16:35 UTC): This article has been updated to include comments received after publication from Oleg Seydak, and to correct the location of Blackmoon Crypto; it is registered in Malta, while its token-issuing affiliate is in the Cayman Islands.