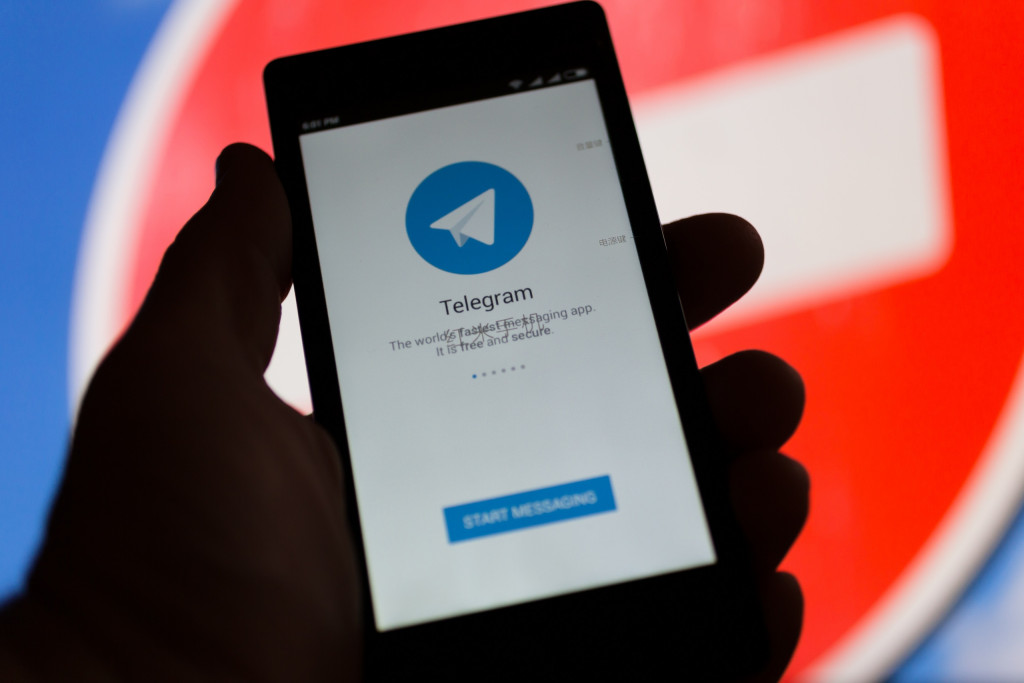 A secondary market has quietly blossomed for Telegram’s yet-to-be-issued tokens.

Between over-the-counter (OTC) desks, sales on small cryptocurrency exchanges, and at least one investment fund, opportunities to buy the tokens, known as grams, before the blockchain’s Oct. 31 launch date are not hard to find.

But there’s a catch: investors who bought into Telegram’s $1.7 billion offering in February and March of 2018 are not allowed to sell or pledge their tokens in any way before the launch. The original purchase agreement says that if an investor disposes of his future tokens before Telegram Open Network, or TON, is live, the allocation can be canceled.

In other words, there’s a risk that investors buying these tokens in secondary trades won’t ever get them.

“Telegram was the first big project that legally prohibited investors from selling their allocation,” said one of several investors who participated in the sale and spoke to CoinDesk on condition of anonymity.

But the purchase agreement’s restrictive terms didn’t stop investors who wanted to exit — it only made the secondary market for grams an underground business.

All this is happening as the deadline for launching TON approaches: according to the token purchase agreement obtained by CoinDesk, the network was slated to launch no later than Oct. 31 of this year. If it doesn’t, the company, founded by Russian entrepreneur Pavel Durov, will have to refund the $1.7 billion raised in the sale, minus development expenses.

The purchase agreement – written for Telegram by U.S. legal powerhouse Skadden, Arps, Slate, Meagher & Flom LLP according to one investor – stipulates that buyers of grams may not offer, pledge, sell, swap, encumber or dispose of their tokens, “directly and indirectly.”

Neither may investors sell “any securities convertible into or exercisable or exchangeable for the investment contract” between an investor and Telegram.

The future issuance of tokens is conditional upon the investor’s compliance with this rule. “If Telegram learns the investor broke the agreement, it can cancel the allocation,” one investor told CoinDesk.

Despite the restrictions, the secondary market for grams started even before the primary sale was finished in early 2018.

During the two secretive and highly selective original rounds, funds and individuals were let in, including the Silicon Valley-based Sequoia Capital and Lightspeed Ventures. The first secondary offerings for big investors were advertised as early as February 2018, right after the first round, Quartz reported at the time.

More recently, OTC sellers have been striking confidential deals for grams based on trust, OTC trader Vladimir Cohen told CoinDesk. Often, sellers are trying to resell their tokens for a profit, having paid either $0.37 during per gram in the first round or $1.33 in the second.

“There are more and more offerings of the gram tokens, with a price tag from $1.60 to $2,” Cohen said of the aftermarket.

A third OTC trader, going by the handle Tush, told CoinDesk that on the OTC market, buyers and sellers only sign IOUs, or a paper saying that one side of the deal owes assets to the other.

“It’s not given by Telegram. It’s just an agreement on trust between seller and buyer,” he said.

In June of this year, Japan-based crypto exchange Liquid announced a sale of grams in partnership with Gram Asia, reportedly one of the original investors in TON. The sale was not available to residents of the U.S. or Japan.

The sale started July 10 at $4 per token and was completed in a couple of weeks. According to Liquid’s website, tokens purchased during the sale were subject to vesting: buyers won’t get them immediately after the launch of TON, but in several tranches three, six, 12 and 18 months after the launch.

This likely means that Gram Asia, if it’s indeed an investor, is selling the tokens it purchased during the first round, since those tokens had the same vesting timeline, according to the investors CoinDesk spoke with.

Seth Melamed, global head of business development and sales at Quoine, the parent company of Liquid, refused to disclose any numbers from the sale, citing a non-disclosure agreement with Gram Asia.

He noted, however, that the gram sale made the exchange’s user base grow tremendously: about 25,000 new users signed up in July, compared to only 5,000 new users in June. Roughly half of them bought the placeholder tokes that will be swapped for grams after the network launch.

Those placeholder tokens cannot be traded, they only guarantee the future delivery of grams, Melamed said. (They don’t run on any blockchain, just balances on Liquid’s books, he explained.)

“This is not a futures contract. It is a delivery of Gram at a specified interval after mainnet,” Melamed said, adding that Liquid is acting as a custodian that will hold the money users paid, in a form of dollars or the USDC stablecoin, until Gram Asia delivers the grams. Then the tokens will be deposited in users’ Liquid accounts and the placeholder tokens removed.

It’s not clear, however, what happens if Gram Asia loses its allocation as a result of a public re-sell campaign.

CoinDesk reached out to Gram Asia vie email addresses the entity listed on its website, and to CEO Dongbeom Kim, the only executive named on the site, via LinkedIn, but got no answer.

Asked how Liquid will make sure Gram Asia delivers the tokens, Melamed said the two entities have a contract.

“There is another entity that acts as a guarantor to deliver Liquid Gram in the event Gram Asia fails to perform its contractual obligation,” Melamed said, refusing to identify the third-party guarantor. “So, we have very strong legal agreements and protections in place. From a settlement standpoint, Gram Asia has to deliver Gram before they receive any USDC.”

He also wouldn’t say what Liquid is planning to do in case Gram Asia loses its allocation due to the possible agreement breach.

A few small exchanges followed Liquid’s lead: a Korean exchange, Upxide, announced it was selling Grams in partnership with Liquid on July 14 and Bitforex offered its users “Gram IOUs.”

Upxide didn’t respond a request for comment by press time.

Reached by CoinDesk, Bitforex’s press team wrote that the exchange was helping to protect the interests of investors on the OTC market where the counterparty risk is high but people still go there as they want to trade grams.

“We work with facilities of reputation in the market, and with sufficient deposit guarantee for physical delivery,” Bitforex said, adding that it guarantees the delivery of grams, whatever happens to the sellers’ coins:

“We promise delivery of IOU coins within 5 days of them being listed on the market, which also allows these facilities to purchase from the market to avoid any default risk. In this model, the facilities might not even have to use their private sale allocation for physical delivery.”

The secrecy in this secondary market encourages fraud: according to Cohen, many of the traders he saw advertising gram deals aren’t actually investors in Telegram, and most OTC offerings are blatant scams.

“Many of the buyers will end up with nothing when the network is launched,” he warned.

As for the genuine sellers’ motivations, Cohen noted that Telegram has already missed a previously announced launch date.

According to a presentation circulated among investors, the “deployment of the stable version of TON” was previously scheduled for the fourth quarter of 2018, along with the launch of the wallet for grams.

“There is a lot of uncertainty. The launch has been delayed. Many funds are ready to sell big batches with minimal profit.”

However, one participant in the original sale said the abundance of OTC offerings of grams is not necessarily a sign investors are losing faith.

CoinDesk reached out to several partners at Sequoia Capital but didn’t get a response by press time. Upon reviewing CoinDesk’s enquiry, Lightspeed spokesperson declined to comment.

Another notable offering came from a large player in Russia. ATON, an asset management and investment banking company based in Moscow, with reportedly $2.5 billion in assets under management, sent its clients an intriguing proposal in May.

In a 13-slide presentation obtained by CoinDesk, ATON presented TON as a potential rival to MasterCard and offered indirect investment in grams, in the form of shares in a specially created investment vehicle, New Technology Fund SPC Limited, registered in the British Virgin Islands.

The fund is structured as a segregated portfolio company (SPC), an entity which segregates the assets and liabilities of different classes of shares from each other and from the general assets of the fund. It’s audited by London-based Baker Tilly and denominated in U.S. dollars.

The fund offers investors access to the future grams, the presentation says, at the price of $1.33 per token. Investors will get 25 percent of their tokens in a period of three to nine months, 25 percent more in six to 12 months, the third portion of 25 percent in 12-18 months and the last tranche in 18-24 months.

It’s not specified when these periods start, but the vesting schedule resembles the one in the Telegram token sale’s first round. The offering, like the one at Liquid, is not available to residents of the U.S. or Japan.

While the offering might well be a violation of the agreement with Telegram, the investors who talked to CoinDesk noted a possible loophole that can allow the participants in token sale to sell their allocation quietly.

When signing the paperwork with Telegram, investors had to disclose their beneficiaries with shares larger than 25 percent, and after the deal, notify Telegram if new shareholders of such size bought in. However, changes smaller than 25 percent don’t have to be reported, and this might be a way to hide re-selling.

It’s unclear how any deal between ATON and Telegram was structured, if one took place, or if the fund participated via a subsidiary or special-purpose vehicle. ATON declined to comment.

One of the investors said that, according to his information, ATON has already sold the shares in the gram-based fund worth $10 million. “Everyone was shocked when people got that presentation. But ATON said they got written permission from Telegram,” he added.

Another explanation might be that Telegram is too busy to react to the secondary-market frenzy.

“The team has no time to bother about this now,” another investor said. “They have to finish the protocol at the moment. The deadlines are missed badly: everybody has been waiting for it to go live last December. In February, Telegram wrote to investors that 90 percent of all work is done. Well, looks like the last 10 percent turned up the toughest.”