Inside Alien Worlds, the Biggest Game in the Metaverse 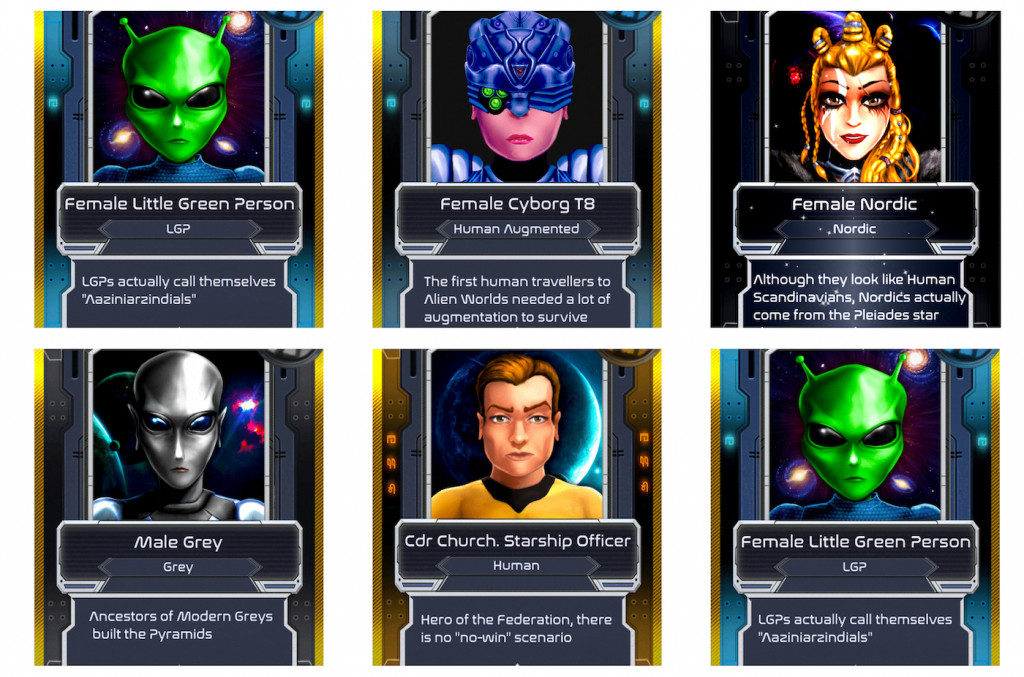 Alien Worlds is the fastest growing game in blockchain and one of the biggest dapps overall, according to DappRadar.

Two of its co-founders are Sarojina McKenna and Michael Yeates, who both worked on the EOS blockchain previously. They were part of the team that worked closely with the micronation Liberland. Their work with Liberland, a tiny 8-square-kilometer nation on the banks of the Danube River, was to examine how to install a system of governance on one the world’s newest nations using blockchain and the concept of a decentralized autonomous organization, or a DAO. Now they are taking that knowledge to the metaverse in the guise of a game.

Alien Worlds, which lives on the Ethereum, WAX and Binance Smart Chain blockchains, is a metaverse spread over seven planets and at its core is the concept of not one but six competing DAOs. The game uses non-fungible tokens, and inhabitants mine for the game’s cryptocurrency trilium, much like the game currency AXS from the popular Axie Infinity game. Both currencies can then be exchanged for fiat. The goal is planetary mastery through staking and accessing higher-value features.

To McKenna, Alien Worlds is much more than a play-to-earn vehicle. Alien Worlds is converting people to mass adoption of crypto through strategy and governance, she says. It’s like sneaking extra shredded vegetables into children’s dinners – they don’t even know they are eating it. Likewise, the gamers have no idea that they are building something much bigger than mined trilium on a planet in a galaxy far, far away.

Launched last year, the free game gives gamers an opportunity to earn the local currency by mining, battling other explorers, going on quests or from receiving rental commission from their land. Digital items are created as NFTs and can be avatars such as the Stealth Mercenary for fighting or tools like the Artunian Shovel for mining.

It happened quite quickly and then some. First of all, Alien Worlds was the first game on blockchain to break through 100,000 users, then one million users, then two million. Now it’s surging at 2.5 million users. It is literally limitless.

“Metaverses are the new social media – where people will come to socialize,” says McKenna. “We have given them a world, or rather worlds, where people can come together and talk about what they want to do and achieve. And the competitive element between the planets makes for interesting conjecture.”

Alien Worlds allows people to earn trilium. Holding trilium gives players a strategic advantage in the game. Trilium can also be cashed out, and there are many videos on YouTube showing you how to do that, but McKenna is less interested in that aspect. This is definitely about the hidden vegetable approach.

“We created our metaverse, which is a boundary in space, divided into seven planets. When people land on these digital worlds, they use NFTs to mine the fungible token, trilium,” she says.

Entry is simple: Players need to get a WAX wallet and go to play.alienworlds.io and it’s free. There are no private and public keys. Players then head out to where they’d like to mine. The land has already been sold to more than 3,400 users, but it’s possible to rent land to mine in order to earn trilium. Choices are made at this stage as different land yields more returns, NFTs have different strengths and so on.

On the WAX planets, people mine trilium, on the BinanceChain planet, they go on missions – the different blockchains offer different gaming mechanisms, and more will be added over time.

“You’ve got to pick your strategy,” McKenna says.

That also applies to how long you want to stay in the game. McKenna points out that some people like to be there all the time, others pop in and out, and so picking the right strategy is important.

“Some tools give a bigger payout, and if you only dip in and out, you need those ones. Right now, it’s just mining, but we are building fighting scenarios, too, where you can send in your minions and weapons and challenge another player to a battle,” McKenna says.

As McKenna explains the setup, she also points out all the data is on blockchains and so it is transparent.

“The smart contracts and data are visible, so players can see which parts of the metaverse are attracting the most attention. People can offer gaming contracts and already have, hosting their own mini competitions. That’s what excites us – the metaverse taking on a life of its own,” she says.

The community has set up its own Telegram channels, discord channels and websites. There are conversations happening off-planet and in the metaverse, and this is where McKenna sees the most febrile innovation occurring.

“Each planet is competitive to the others and each planet has its own DAO,” she says.

From there, the planets can get a bigger treasury and more control over their planet. In time, adherents of each planet will be able to amend the code base and change the rules of the game. Governance is gamified.

Initially, a starter constitution template is passed down, much in the same way as the Ten Commandments is, with certain permission thresholds. But over time, users will be able to scratch away at the rules and instate their own.

There is only ever going to be a 10 billion trilium – which is a conceptual figure that will never be reached as it operates on a declining inflation rate over time. Five billion is the amount expected to be created, and that will be shared with the players through the rewards system.

All the trilium goes first to the planets and is then shared by games or by mining and using a complex system of algorithms and calculations, in conjunction with the different NFTs, to determine final values. It is complex, but there is a blueprint, open source, of course, for anyone who wants to read it.

Back to the hidden vegetables or how we bring DAOs to the public. Once the planet DAOs are fully open for governance, then they vote in councilors. Councilors vote on-chain to release the funds in the treasury to support different worker proposals that are submitted.

It’s a circle: Workers propose ideas, councilors vote on those proposals. Councilors can be voted in – and out. The funds could be spent to create new games or reward different tasks. A recent example was a writer looking to create more lore for the game and to receive rewards for his work.

Or planets could vote to compete with other planets and strategize on how to extract more trilium.

“The landowners will in time also probably group as a governance contingent as their interests will be similar,” McKenna says.

While the land is already purchased, as it is the real world, it can be bought and sold by players.

So while trilium can be earned through mining and other games and cashed out, McKenna thinks there will be more interest in staking the token and influencing the direction of the planet in the metaverse.