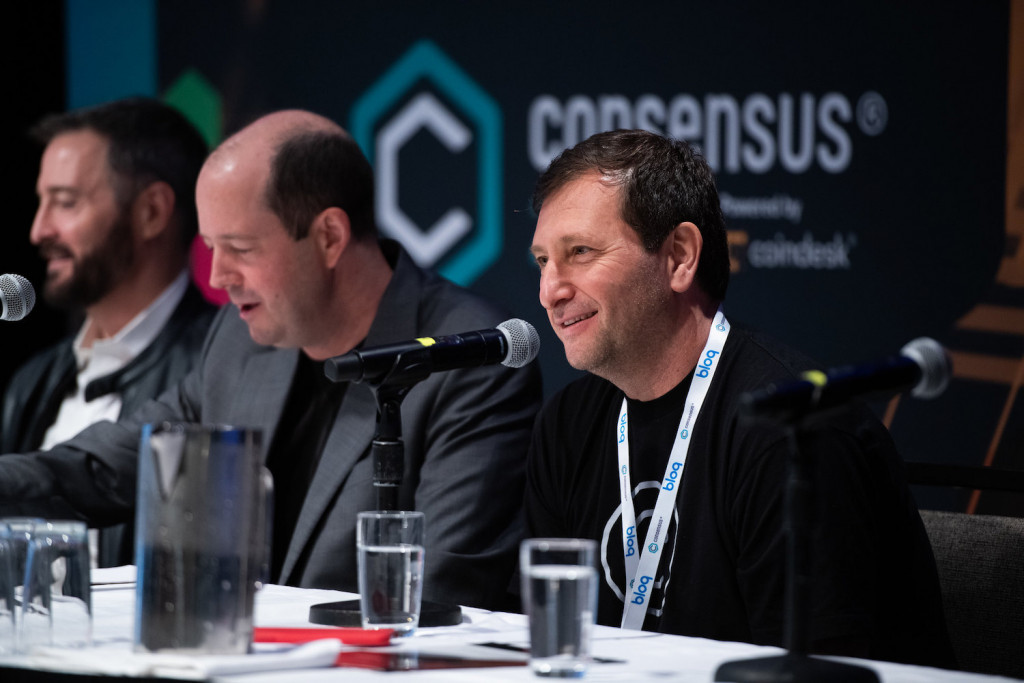 The initial coin offering (ICO) boom birthed its fair share of ghost ships. So far, it appears the lending startup Celsius certainly isn’t among them.

The New York-based startup raised $50 million worth of crypto in May 2018 through an ICO, selling CEL tokens that borrowers could choose to earn as interest. Since then, according to CEO Alex Mashinsky, 10,415 Celsius users, some of which have taken out fiat loans by locking up crypto collateral. The mobile app accepts bitcoin, DAI and 18 other crypto assets, and loan volume has surged.

The custody provider BitGo confirmed to CoinDesk it has received more than $1 billion worth of crypto deposits from Celsius over the past year.

“Our job is to maximize the return as much as possible, the yield, and we do that by lending out the [deposited] coins,” Mashinsky said. “Half of our business is with exchanges and the other half is with hedge funds that use them to create markets, arbitrage or different purposes.”

He conceded such loans are overcollateralized to varying degrees, rather than strictly the 150 percent touted on its website.

“We lend to different institutions based on different rates,” Mashinsky said. “The rate at which we lend out has to do with the quality of the institution.”

Bitfinex, despite regulatory conflicts in New York, is also reportedly among Celsius’s partners.

Critics say this loan system obfuscates risks because borrowers don’t know which companies are involved in rehypothecation, or the practice of financial institutions redistributing clients’ collateral for money-making purposes.

“I don’t want anything to do with Bitfinex because I think they are too risky to do business with,” one anonymous Celsius user told CoinDesk. “Here I am thinking Celsius is a safer solution. As a user, I’d like to see more transparency from them about the risks.”

“With normal banks, you have public audits and know exactly what the funds are invested in,” Baker said. “Your risk is not just counterparty risk, it’s also the other counterparty, whatever the loan arrangement is there.”

However, Mashinsky cited security and business risks as the reason Celsius can’t publish full details about loans to external parties. Regardless of where the money goes after it is deposited with Celsius, he says the average Celsius user deposit is worth more than $33,048, with 30 percent of customers choosing to receive interest in CEL tokens.

“Our mission is to take as much of the profits as we can and give it back to our users,” Mashinsky said, adding:

“If you read our white paper, you’ll see we’re doing exactly what we promised two years ago. We didn’t pivot.”

Although Mashinsky said Celsius is currently seeking its first venture capital raise, to date the startup has been solely funded through ICO proceeds.

By the time the ICO ended and the marketing budget for it was spent, Mashinsky said only $32 million worth of crypto remained. Unlike most ICO tokens, CEL is actually trading at nearly the same price today as it was last year. According to CoinMarketCap, it sold for roughly $0.06 on Sept. 6 and the same price in October 2018. While that’s lower than the $0.21 price during the sale that attracted roughly 11,000 retail investors, Mashinsky emphasized that CEL users are able to take loans with compound interest and near-instant liquidity.

With a staff of 52 employees, Mashinsky estimated Celsius had a burn rate of $15 million a year and net revenue of $1 million per month.

“All the rest goes back either to the cost of the trades or back to the community,” Mashinsky said. “We purchase CEL tokens back from the exchanges and distribute them back to our users.”

Celsius temporarily paused CEL distributions in June 2019, while independent law firms evaluated the asset amidst regulatory concerns in North America. If the token were to be deemed a security, it could cripple the business.

“If they broke securities law then they’d have to refund U.S. investors,” said TokenSoft’s Baker.

But Celsius Chief Compliance Officer Jeremie Beaudry told CoinDesk the U.S. Securities and Exchange Commission (SEC) hasn’t approached Celsius. Currently, Mashinsky said the U.S. and Canada are home to 35 percent of Celsius users, with the rest divided among nations like the United Kingdom, Germany, Korea and China. He said CEL distributions were reinstated in July after a green light from the startup’s legal counsel.

“We’re moving forward with the utility side of our token and making sure U.S. residents and non-U.S. residents can continue using it,” Beaudry said, referring to the ability to earn compound interest in CEL tokens only. (Interest options in bitcoin and other assets are distributed with a single, static rate.)

Celsius user Rachen Cohen told CoinDesk she prefers interest paid in CEL because she has “faith in the project” and believes “CEL will flourish.” She prefers not to take the fiat loans, primarily using Celsius to lock up her bitcoin and earn tokens as interest.

Compared to the $1 billion worth of BitGo deposits facilitated by Celsius, even the entire “decentralized finance” space with over a dozen startups is dwarfed by comparison, with $483 million currently locked in loans according to DeFi Pulse.

While critics like Baker refer to Celsius as a crypto bank, Mashinsky refuted that characterization and said the startup isn’t seeking a banking charter or to register its token as a security.

Speaking to how he views Celsius as a new type of financial institution, Mashinsky added:

“The whole point of our existence is we say banks should pay the interest to the depositors and not the shareholders.”

UPDATE (Oct. 24, 20:00 UTC): While Celsius CEO Alex Mashinsky initially said his firm was working with Polychain and Binance, both companies denied this after publication, and passages mentioning them have been removed.