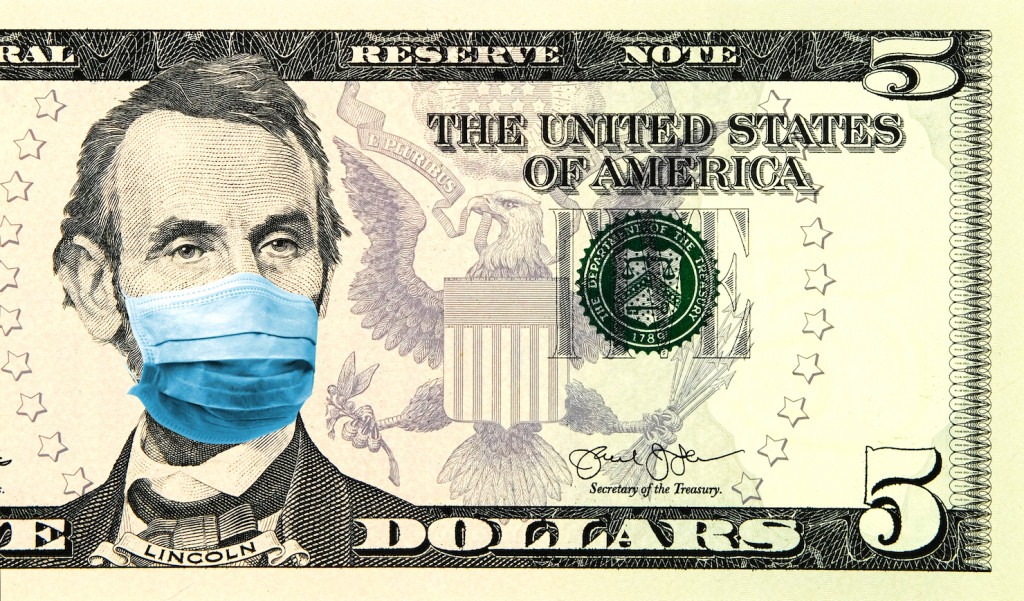 Stephanie Hurder, a CoinDesk columnist, is a founding economist at Prysm Group, an economic advisory focused on the implementation of emerging technologies, and an academic contributor to the World Economic Forum. She has a Ph.D. in Business Economics from Harvard.

As COVID-19 forces the United States economy into a recession, millions of families have been devastated by job loss or work reduction. According to the Labor Department, more than 10 million Americans filed claims for unemployment insurance in the last two weeks of March, a 20-fold year-over-year increase. April 1 rent deadlines caused panic for commercial and residential tenants. College students have been evicted from school dorms; some are now returning to a home of newly unemployed parents wondering where and how they are going to buy food. The U.S. Congress argues over how much money individuals will receive as part of national relief packages to offset these losses.

As of this writing, Congress has passed the CARES Act, which will provide a temporary increase in Unemployment Insurance and deliver up to $1,200 for adults and $500 for children. It is also debating an upcoming “Phase 4” stimulus. For most families, this will not be nearly enough to cover the lost income from the shutdown.  The full impact of this has yet to be seen.

Just as troubling as the financial inadequacy is the cost of uncertainty. For almost a month, Congress has quarreled over relief program choices such as payment size, frequency, qualifications, among others.  Further, once a relief bill is passed, no one can say how long it will take the money to arrive.  As a result of this uncertainty, families spend as little as possible, and panic. This feeds the growing economic and societal damage of the economic policies required to mitigate the impact of COVID-19.

In situations like these, commitment has tremendous economic value.  In economic terms, commitment is the observed inability of an individual or organization to deviate from a specified course of action. If Congress were to agree in advance to a set of conditions for monetary transfers to individuals in which they would guarantee to distribute money promptly whenever the economy hit a set of predefined, negative macroeconomic indicators, families could worry less.  Tenants could continue to pay rent and consumers would be more confident in continuing to spend. Through commitment to relief payments, the government could reduce the size of a looming recession and increase the speed of recovery.

The economic power of commitment is widely recognized by economists and it extends beyond economic stimulus payments.

See also: Catherine Coley – The US Should Use Stablecoins for Emergency Coronavirus Payments

When looking at Universal Basic Income, for example, the benefits rely on individuals receiving a guaranteed monthly payment of a specified amount, no matter what.  Economists have shown that monetary policy can be more effective when commitment is an option. Recently, economist Claudia Sahm has argued for automatic stabilization, which would involve implementing automatic payments to individuals based on an algorithm generated from macroeconomic indicators.

But from monetary policy to fiscal stimulus, the key question is how can a government credibly commit to taking specific actions in the future? What prevents Congress from passing legislation promising future relief payments, only to later repeal or override them? Until distributed ledger technology (DLT), this question had no good answer. Now Congress can show its commitment through DLT.

As the DLT industry further develops, the technology’s underlying properties and benefits will become more clear. At Prysm Group, we developed a framework to identify these to-be-discovered industry changers.

We call this framework the 3 Cs:

In a potentially not-too-distant world where the U.S. government had a dollar-backed stablecoin running on a permissioned ledger, the elusive answer to the question of how to credibly commit to government payments can be addressed. This commitment is delivered through the use of smart contracts, with an additional layer provided by the ledger’s distributed consensus mechanism.

If Congress were to pass legislation specifying relief payments will be made when the economy exhibits certain macroeconomic patterns, these transfer conditions could be implemented through publicly verifiable smart contracts on the ledger. DLT enables individual recipients to have their own wallet and permit trusted oracles run by impartial sources such as the Bureau of Labor Statistics or the Labor Department to provide the underlying data.

Once the required macroeconomic events take place, the smart contracts are engaged and payments are automatically made.  Individuals are able to observe the macroeconomic data and precisely predict when and how much money may be headed their way during times of crisis.

Smart contracts alone are of limited value if a single entity can unilaterally edit or delete them.  This is why the second layer of commitment that distributed ledgers provide — via the consensus mechanism — is also important.

A supermajority of nodes in a distributed ledger are required to update the ledger. The ledger’s nodes in a use case of this magnitude need to be institutions that are nonpartisan and charged with maintaining the health of the economy.  For example, each regional Federal Reserve bank could serve as a node. Then Congress, the President, or any other single party cannot unilaterally cancel or delay payments when a crisis arrives. The nodes collectively ensure no last-minute changes are made unless most of them agree.

Of course, regular review of the form and conditions for the automatic payments will need to be completed. Legislation should specify a deliberate, well-thought-out process for their review, which the nodes will enforce.

Thanks to smart contracts and distributed consensus, consumers are reassured their payments will not suddenly disappear when they are most needed. DLT can alleviate unnecessary societal stress, minimize the plunge, and perhaps lead to quicker economic recovery.

Implementing a major government program via DLT would require a number of advances, both technical and political.  The adjustment to large-scale use of ledger-based currencies will be a significant one. However, minimizing the economic and societal impact of uncertain times, like those of the past month, is just one of the many to-be-discovered benefits the introduction of the Digital Dollar can deliver.