German Crypto Startups Welcome $415B ‘Spezialfonds’ Law, Even if the Impact Is Small So Far 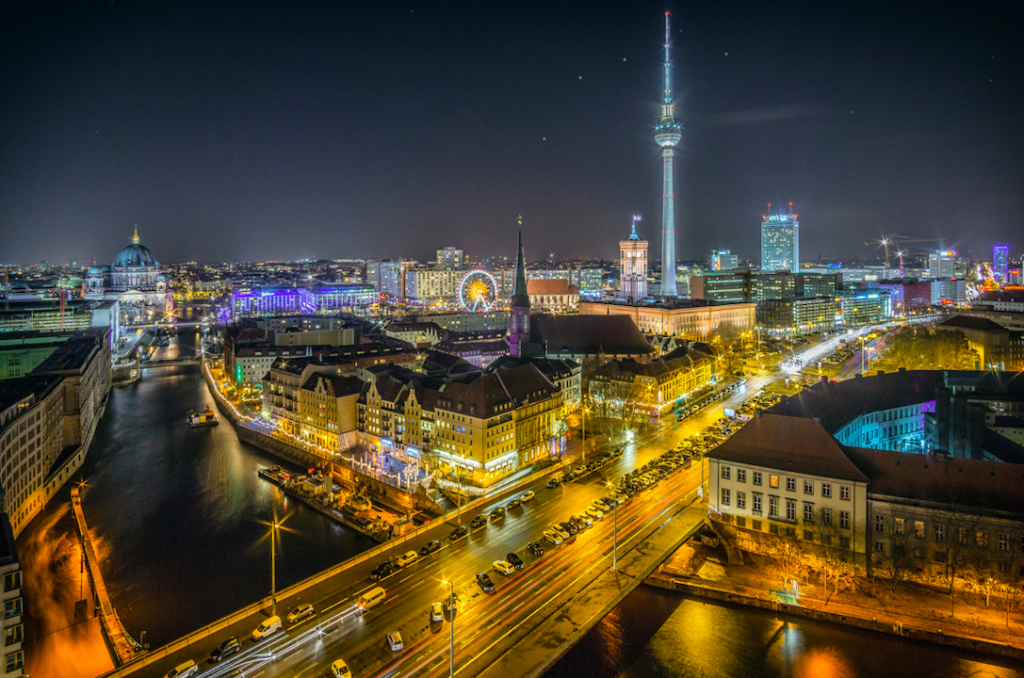 In July, Germany took a major step in the crypto space by passing a law that allows so-called spezialfonds (special funds) to allocate up to 20% of their capital in crypto assets. Considering Germany is among the biggest economies in the world and its capital, Berlin, has been named the cryptocurrency capital of Europe by industry leaders, the news would seem to be significant.

If the spezialfonds, which include insurance companies and banks, were to allocate all 20% of the allowable allocation, that would add up to a remarkable $415 billion, or “quite a big piece of the pie,” as Clemens Schuerhoff, chairman of financial consulting firm Kommalpha, describes it.

“The law change is a big win for crypto and blockchain proponents in Europe and around the world, as the introduction of such a large pool of institutional money to the sector will be profound,” Philipp Pieper, co-founder of Swarm Markets, a German decentralized finance (DeFi) protocol, wrote in an email.

But that prospect seems a long way off. While the new legislation could lead to an eventual boom in the market, for now most spezialfonds are still getting acquainted with the industry rather than seriously considering it an investment.

“There are some investors that will do some trial investing but that’s all. I’m pretty sure that there will be no large investment or allocation in the foreseeable future,” Schuerhoff said.

Spezialfonds are wealth and institutional investment fund managers like banks, insurance companies and corporates. They are highly influential but notoriously traditional and conservative – two characteristics that don’t usually align well with the modern, high-risk crypto industry.

“We come from a very traditional point of view and not only the volatility of bitcoin is an obstacle,” Schuerhoff said.

The new law, which was approved by the parliament in April and went into effect on July 1, has been touted as the first step for Germany to become a crypto leader after years in which many companies moved instead to so-called Crypto Valley in Switzerland and to Liechtenstein, which are known for their legal stability and favorable tax laws.

“Germany wants to be a leader but it’s not happening,” says Fabian Pohl, co-founder of Pacta, a Berlin-based blockchain startup. Other countries are more advanced.

Industry players complain about a lack of clear and quick responses from the German government regarding the legality of new projects.

“There’s a very slow response time of the watchdog [the BaFin],” Germany’s equivalent to the U.S. Securities and Exchange Commision, says André Eggert, chief legal officer at Neufund, a Berlin-based blockchain startup with headquarters in Liechtenstein. “Setting up a project and getting it started takes a lot of time because the turnaround takes so long.”

Neufund is part of a group of companies that are incorporated both in Liechtenstein and Germany. Co-founder and CEO Zoe Adamovicz says that while she doesn’t agree that Liechtenstein and Switzerland provide more regulatory simplicity, companies “need to structure themselves across different jurisdictions to optimize for operations.”

Due to lack of regulation, a lot of startups have moved away from Germany. “Now that regulation becomes a bit more clear, most good startups are already out of Germany,” says Prof. Dr. Ingo Fiedler, co-founder of the nonprofit Blockchain Research Lab, in Hamburg.

The lack of new laws has meant that old laws have been applied to this new industry. Non-fungible tokens (NFT), for example, are not specifically covered by any existing law and therefore, the government applies already existing laws that were passed for other cases on those kinds of assets which reside in inefficient regulation.

“You’re applying the law to something that it hasn’t been made for and that creates a lot of legal uncertainty,” Eggert said.

Another, fundamental obstacle is the fact that the new legislation doesn’t clearly define what is meant by “digital assets.” For that reason, fund managers will rather invest in established assets such as bitcoin or ether to ensure that their investment is covered by the law, Eggert said.

This doesn’t help startups. Their founders believe the legislation could have a positive, indirect effect on startups in the long run, but they don’t expect to receive investments from special funds anytime soon.

“I think we’re going to see an indirect effect [on the startup industry] because knowing that at some point these bigger funds will get engaged and be able to invest in coins at a later stage in time, it makes a lot of sense for early-stage funds to back up these startups today and bring them to a level where they can issue coins and have liquidity in the market,” Eggert said.

There is certainly a possibility for spezialfonds with a specific field of interest, like digital transformation or digitization, or those specifically interested in crypto and blockchain to exhaust the 20% investment opportunity. Others, for example those focused on real estate, might not even touch crypto or blockchain at all, he said.

In general, demand for investments from institutional investors in the space seems to be limited. “No spezialfond will take a double-digit amount and go for bitcoin or large cryptocurrencies,” especially because of the high volatility, according to Schuerhoff.

Some say there is already some action in the market, others say there isn’t, but the bottom line is that there is no data available at this point. A recent survey by TripleA found 2.6% of Germans currently hold cryptocurrencies, with 48% of owners using it to make purchases.

While flashy headlines highlight the potential allocation of $415 billion worth of investments, the new legislation, which also introduced new general guidelines for funds in the country, has a far greater purpose. It exposes Germany to the industry and starts a process of familiarization with cryptocurrencies and blockchain technologies so that the country can become a leader in the space again.