A Gamble Inside a Gamble: Robinhood’s Wild Memestock IPO 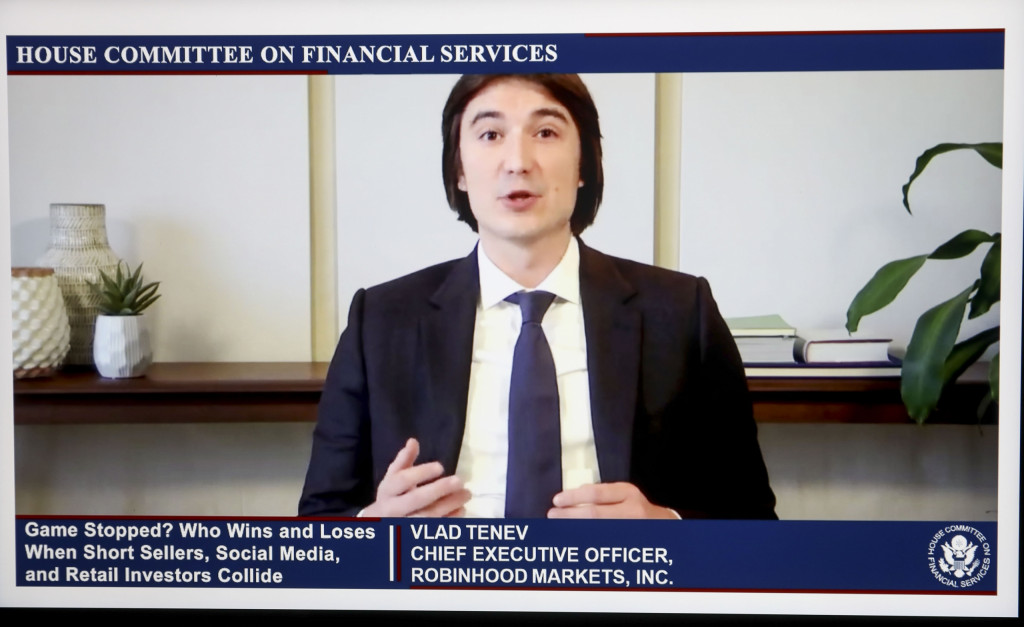 Yo, Dawg, I heard you liked gambling, so we put some gambling inside your gambling so you can gamble while you gamble.

I’m a very old man, so when I heard that Robinhood would offer a portion of its just-announced initial public offering (IPO) to users through its app, of course I thought of Xzibit, rapper and host of the weird 2000s-era relic “Pimp My Ride.” Xzibit used to do fun and crazy stuff like putting a fish tank into an Escalade, and Robinhood is clearly taking inspiration when it puts risk inside of its customers’ risk.

Think about it: When you buy the Robinhood IPO through the Robinhood app, you’re actively increasing the value of that stock twice. Not only are you pushing up demand for the stock, you’re also giving the company more of the trading data and price spreads from which it profits. It’s brilliant, or at least fascinating, like watching a snake eat its own tail.

The slight downside is you’re entering into a bet whose risks are equally arcane: What keeps Robinhood going is a stack of interdependent long-shot bets no less complicated than its own. About half of Robinhood users are first-time investors, yet complex options trading accounted for 38% of revenue according to Robinhood’s IPO filing. As we reported yesterday, the filing also revealed that Robinhood made 34% of its cryptocurrency-trading revenue, and about 6% of its total revenue, on dogecoin trades.

Those facts have led to at least one tragedy, the suicide of 20-year-old Alex Kearns. Kearns was dabbling with options trading in Robinhood when, thanks to problems with Robinhood’s user interface, he came to believe he was $750,000 in the red. Robinhood recently settled a civil suit with Kearns’ family, as well as paying $70 million – a very big fine! – to FINRA over flaws in its options data and other issues.

You can perhaps understand why legendary investor Charlie Munger this week told CNBC Robinhood is “beneath contempt” and “a gambling parlor masquerading as a respectable business.”

Because it is structured to profit from trade volume, the app encourages active, perhaps even manic, trading. Its gamification is designed to give the same kind of return-engagement high you get from Likes on social media apps. The bells and whistles are there for a reason.

“It’s not encouraging people to buy a very, very, very low-cost index fund and hold it for 50 years,” chimed in Warren Buffet, Munger’s longtime Berkshire Hathway partner, in the same interview. “I will guarantee you that you will not walk in there [and] get that advice.”

The insoluble problem for investors in Robinhood itself is not that this is a bad business to be in, because some individual investors really do know what these tools are, and want them, and social trading is going to be a big deal, no question. The problem for Robinhood investors isn’t even that training an entire generation of 20-year-olds to think their future hinges on long-shot bets could have negative social or financial impacts. (Because who gives a damn about that, amirite?)

No. The biggest risk to investors in Robinhood is that users will lose money in the trades Robinhood is structurally incentivized to promote, and then decide that they should stop doing that.

The timing of the IPO obscures this handily. Robinhood more than tripled revenue during a period when well-off Americans were trapped inside juggling stonks and crypto bought with government relief checks, while the stock market was also going up steadily and the very first high-velocity meme stock trades emerged. If you think that performance is going to be repeated in the near term, I’ve got a bridge to sell you.

Because eventually the stock market will dip or the meme trade will have a few big failures or amateur active traders will just finally accept that they’re losing money and it will never stop. When some or all of those happen, a lot of users, mostly the ones who aren’t susceptible to cheap serotonin highs, will stop using Robinhood. We’ve already got a leading indicator here in Coinbase, which IPO’d directly into the top of the crypto market. When that market slumped post-IPO, Coinbase stock dropped more than 25%.

Again, I don’t think this means Robinhood is a terrible business. Some individuals actually understand options and speculation and to them I say, go forth and secure the bag.

But your kind are few and far between, ronin, and that means Robinhood will be a much smaller business than any projections based on recent data would suggest.