Five Years On, Ethereum Really Is the ‘Minecraft of Crypto-Finance’ 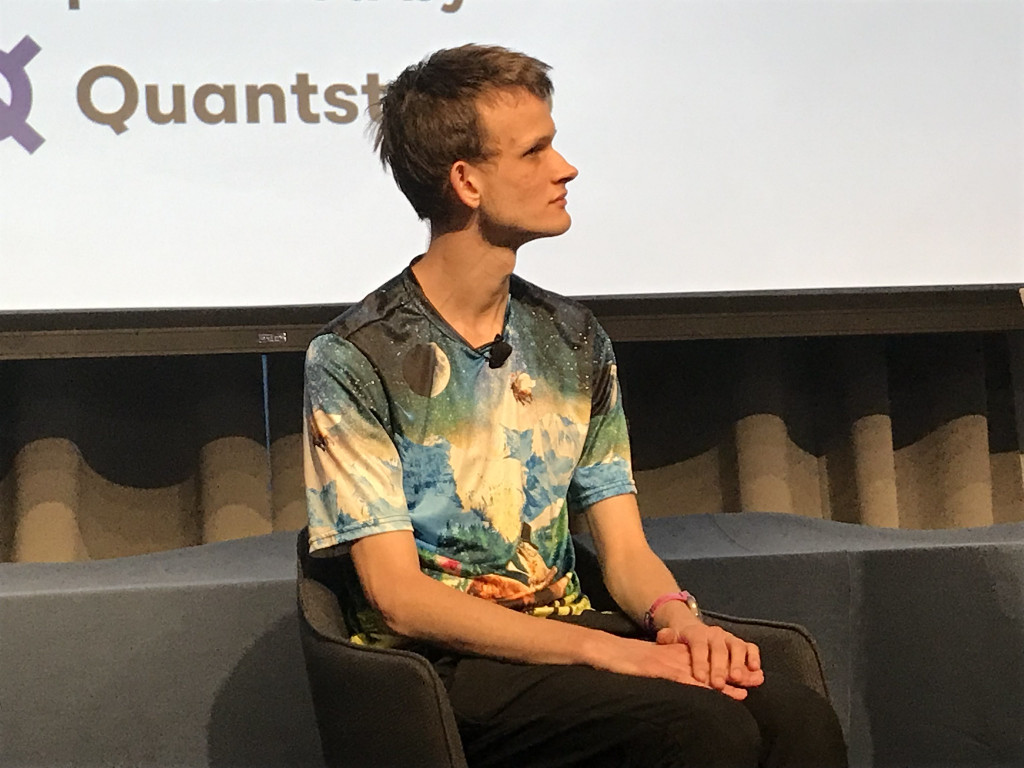 Camila Russo is the founder of The Defiant and author of “The Infinite Machine,” the first book on the history of Ethereum, which launches today. Read an extract here.

Almost five years ago on July 30, 2015, part of the Ethereum team had gathered in Berlin to see the network they helped build go live. A big screen overhanging their worktables served as the countdown clock for when the test network reached block 1,028,201. That’s the palindrome and prime number they picked as the key which would launch the mainnet. Others were waiting for the launch in Ethereum hubs in Amsterdam, Toronto, New York and Zug, Switzerland.

It was the culmination of months of work, where core developers did the heavy lifting on the technical side, but which also included designers, marketers, and community managers. Ethereans knew a distributed network with no community would fail.

Ethereum turns five on July 30, 2020. CoinDesk is marking five years of Ethereum with a series of retrospective stories and live-streamed Twitter conversations. There are even some “Easter eggs” for eagle-eyed readers. Tune in to our CoinDesk Live sessions July 27-31 at 4 p.m. Eastern each day or call +1 (661) 4-UNICRN.

Early Ethereum team members had also spent endless hours with lawyers leading up to the ether sale, some co-founders had gone through bitter fights, while many others had ravaged their savings working with no salaries towards one goal: Making the vision Vitalik Buterin laid out on a white paper in November 2013, a reality.

When the test network hit the predetermined block at 4:26 p.m. in Berlin, a meme of Ron Paul, jubilant, with his arms up and surrounded in green laser beams and white block letters that read IT’S HAPPENING, popped up on the monitor. The Ethereum team opened a bottle of champagne while rocket emojis filled chat rooms.

The Ethereum network quickly left other blockchain upstarts behind and has since grown to become the second-largest cryptocurrency after bitcoin, with ether’s market capitalization (as of writing) at just under $30 billion.

But a better measure of success is to examine whether Ethereum builders achieved what they set out to do. Ethereum aims to be a “fully-fledged, Turing-complete (but heavily fee-regulated) cryptographic ledger,” which allows developers to build any application they can dream of on top, Vitalik wrote in the white paper, which inspired early team members to drop everything and join him in building it.

“Rather than being limited to a specific set of transaction types, users will be able to use Ethereum as a sort of ‘Minecraft of crypto-finance’ – that is to say, one will be able to implement any feature that one desires simply by coding it in the protocol’s internal scripting language,” he wrote. Minecraft is a sandbox-style video game, which gives players flexibility to explore and build whatever they want in the game’s virtual world.

Vitalik, who was 19 years old at the time, listed on the Ethereum white paper the applications he envisioned could be built on top of this generalized platform:

Sub-currencies “representing assets such as USD or gold to company stocks and even currencies with only one unit issued to represent collectibles or smart property.”

Financial derivatives, such as “hedging contracts.” He notes that “financial contracts of any form do need to be fully collateralized; the Ethereum network controls no enforcement agency and cannot collect debt.”

Identity and reputation systems where “users can register their names in a public database alongside other data,” for example, for domain-name systems.

Decentralized Autonomous Organizations, which replicate traditional companies but use blockchain technology for enforcement. The entity would have shareholders who collect dividends and decide how the corporation automatically allocates its funds, “using either bounties, salaries or even more exotic mechanisms such as an internal currency to reward work.”

Five years later, all of the use cases envisioned by Vitalik have become a reality, though some with more success than others.

What Vitalik called sub-currencies – what we now know as tokens, stablecoins and NFTs – have arguably been the most successful applications on Ethereum so far. Valued at over $33 billion, Ethereum’s ERC-20 tokens represent almost 13 percent of total cryptocurrency market capitalization, according to Etherscan. Together with ether, all of the Ethereum ecosystem is about one-fourth of crypto.

The innovation of entrepreneurs being able to issue their own coins and sell them to anyone in the world in fundraising rounds, which for the first time didn’t need venture capitalists or banks, helped fuel one of the most spectacular speculative manias in 2017-2018. This past year, most growth has come from stablecoins, with tokens pegged to the value of the U.S. dollar trading at about $12 billion – that’s about three times stablecoin market cap a year ago, according to Messari data – most of which is on Ethereum, due mainly to Tether’s migration to the network.

Non-fungible tokens and their marketplaces had their biggest moment with CryptoKitties in late 2017, but the space is arguably one of the brightest spots for innovation within Ethereum, with use cases from in-game items to art and limited-edition fashion.

“On-chain stock exchanges” are today’s decentralized exchanges. While they still represent a fraction of total volume traded on centralized crypto exchanges, growth has been staggering. Almost $5.7 billion have traded so far on DEXs this year, or more than twice the value trading hands in all of 2019, according to Dune Analytics. Beyond volume metrics, DEXs are delivering on the cypherpunk dream of seamless, global, non-custodial trading of cryptocurrencies.

Financial derivatives are also flourishing. Synthetic assets platforms such as Synthetix and UMA allow almost any assets to be represented on the Ethereum blockchain, while margin trading platforms such as dYdX have enabled futures trading, the most popular asset in centralized crypto finance.

Meanwhile, lending platforms including Compound and Aave allow users to gain interest on their crypto deposits, and tokenize those deposits so they can be simply bought on an exchange and held in users’ wallets.

DAOs started out early in Ethereum history as one of the strongest projects. The DAO attracted, at the time, the most capital ever for an Ethereum fundraiser, though we all know how that ended. After a traumatic experience, the Ethereum community steered clear of decentralized organizations for a couple of years, until 2019 ushered a DAO revival. Initially, these entities were focused on distributing donations, but that quickly evolved into for-profit DAOs, like The LAO and VentureDAO.

Ethereum has also given rise to applications in prediction markets, identity systems and insurance, but they’re lagging financial applications in terms of volume and adoption.

Financial applications have had the greatest success on Ethereum so far, arguably because it provides something that just can’t be replicated by the current financial system, or by bitcoin, the biggest cryptocurrency. It’s a global network that’s built to transfer value, and it can also process computer programs to allow for more sophisticated financial transactions. Value held in these financial platforms has soared to more than $2 billion this year, a fivefold increase from a year ago.

Ethereum has successfully become the Minecraft of crypto finance, as Vitalik envisioned. But beyond becoming a platform that can support all these different kinds of applications, the biggest impact is it’s creating an actual internet of value. It’s a network that enables fast, cheap, global value transfers and the ability to program that money to become anything from futures contracts to collectibles to derivatives pegged to stocks, forex and commodities. And it’s allowing users of this system to take charge of their own assets and data.

Almost any network metric will show there is demand for permissionless, trustless systems. Active addresses are near a record at just under 568,000, a stone throw’s away from bitcoin’s 745,000, according to CoinMetrics. Transaction fees paid to the network’s miners have surpassed bitcoin’s, while daily transaction count is almost four times that of the biggest cryptocurrency at about 1 million, the data show.

A good problem to have

The question isn’t whether there’s demand for Ethereum, but whether the network will continue developing fast enough to meet that demand. The wait for ETH 2.0, which would allow Ethereum to scale, has been a constant in Ethereum’s history. A barebones proof-of-stake chain, which was slated to launch early this year, has been delayed and now it’s unclear whether it will launch this year at all.

But progress with Layer 2 solutions, which take transactions off-chain, has been encouraging. Teams working on Optimistic Roll-Ups are testing prototypes, while solutions using Plasma and Zero Knowledge technology are live right now and able to handle thousands of transactions per second. While the wait for ETH2.0 continues, the wait for Ethereum scaling is over.

The next five years will be about strengthening these scaling solutions and making these financial applications more robust and secure. It will also be necessary to create better crypto onramps and building apps in the less developed areas of Ethereum, like identity and insurance. The result will be this Minecraft of finance stops being an insiders’ secret and more players can join.