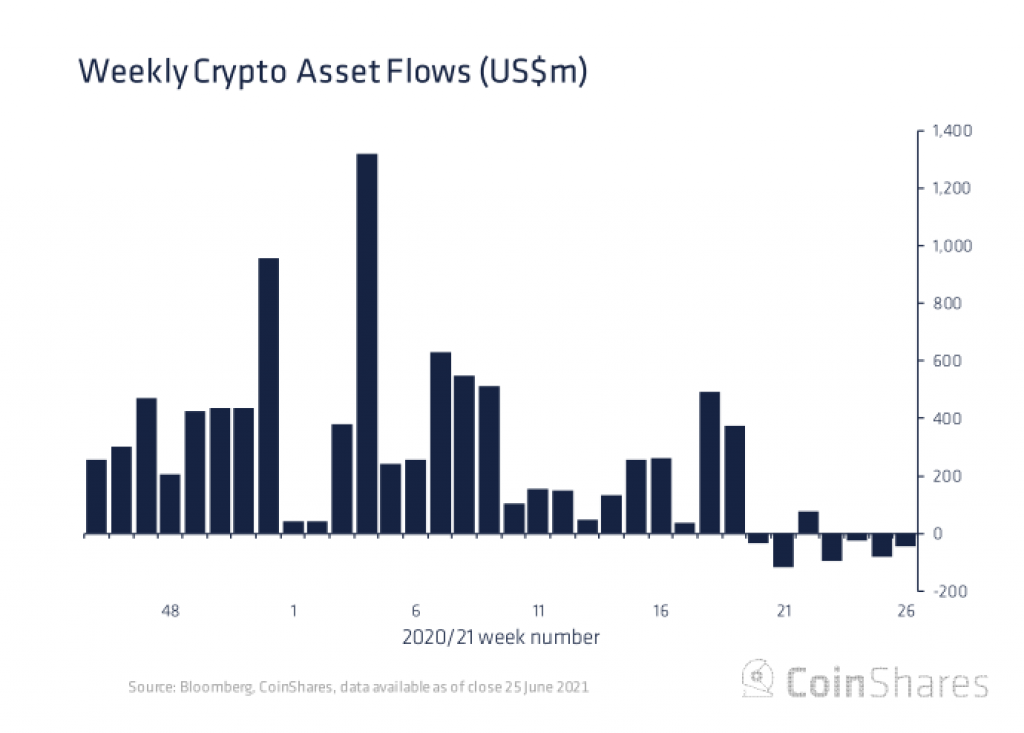 Investors are exiting digital asset investment products, including funds focused on bitcoin and ethereum, as a wave of negative sentiment weighs on cryptocurrencies.

Ethereum products suffered net outflows of $50 million last week, the largest on record since 2015, according to a report by CoinShares published Monday. The movement marks a reversal from the trend so far in 2021, with Ethereum-focused products having garnered a net of $943 million for the year to date as investors diversified away from bitcoin.