The Dark Future Where Payments Are Politicized and Bitcoin Wins 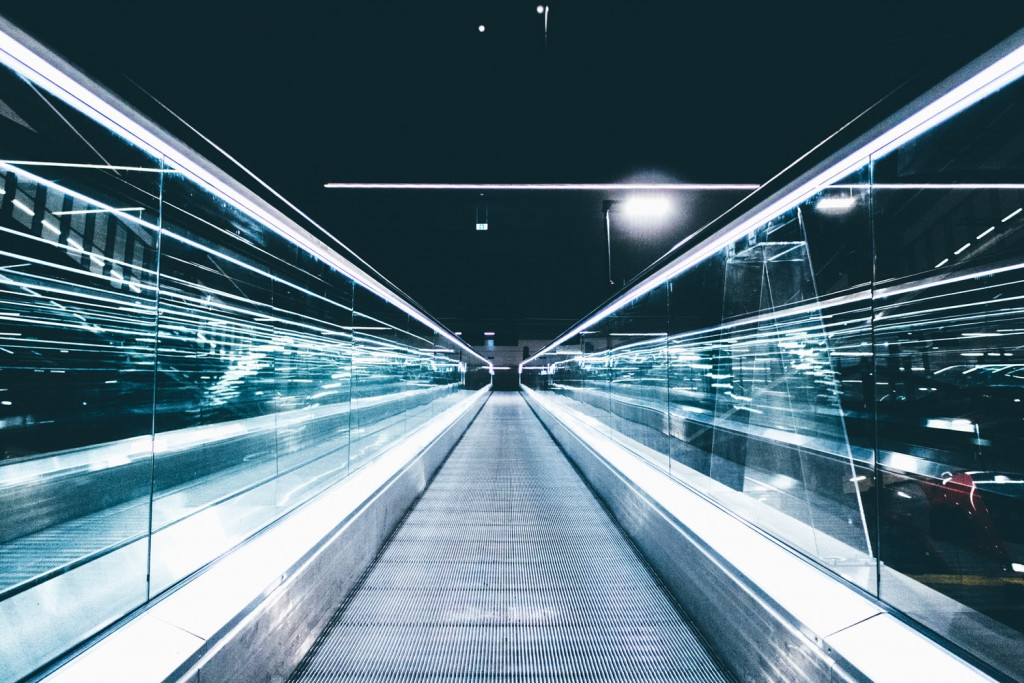 Satoshi Nakamoto intended Bitcoin to be used for online payments. But it never caught on as a mainstream payments option.

The main hurdle to widespread adoption of bitcoin-as-cash is its wild, and potentially lucrative, price changes. This roller coaster problem isn’t going to disappear. Which means the only way for bitcoin payments to ever go mainstream is if the nation’s reliable payment pipelines, the ones that have knitted it together for decades, stop doing their job. Only then will second- and third-best payments rails like bitcoin be called into play.

J.P. Koning, a CoinDesk columnist, worked as an equity researcher at a Canadian brokerage firm and was a financial writer at a large Canadian bank. He runs the popular Moneyness blog.

We all know that America is ideologically divided. This turmoil has already enveloped both the traditional media and social media, with many conservative voices now migrating to Parler while liberals stick to Twitter.

Banks and payments processors have also become venues for conflict. For instance, activists have successfully pressured card processors to cut off white supremacist book seller Counter-Currents, the Proud Boys’ merchandise store and social network Gab, which describes itself as pro-free speech but has high concentrations of toxicity.

Imagine a world in which these divisions were to deepen. Say that some payment processors begin to cut off all customers who are deemed too Republican. In 2023, the Wall Street Journal is de-platformed by its acquirer, the bank that hooks it into the Visa and Mastercard networks. Companies with Trump-supporting executives like Home Depot and Goya Foods are cut off by their banks, too.

See also: JP Koning – The Standard About to Revolutionize Payments

Even at this level of divisiveness, Republicans and Democrats can still do business together. As long as Mastercard and Visa themselves remain neutral by letting both Republican- and Democrat-aligned payment processors hook into their networks, then dollars can flow across the ideological chasm.

But in 2029, Democrat activists pressure Visa to end its neutrality and disconnect all Republican payment processors. Suddenly, Republican businesses can no longer accept Visa cards. The next year Mastercard goes Republican. All Democrat-leaning businesses are exiled from the Mastercard network.

America is now divided into two card fiefdoms. Consumers will need one of each card if they want to shop at both Republican and Democrat stores. Democrat shoppers shamefully hide their Mastercards and Republicans their Visas, lest their friends and families see they are consorting with the enemy.

By 2031, cracks finally appear at the core of America’s payments plumbing. The neutrality of the Federal Reserve, made up of 12 district Reserve banks, comes to an end. The CEO and directors of the Federal Reserve Bank of Kansas City, all staunch Republicans, unilaterally decide to stop providing Democrat-leaning banks in their district with access to Fedwire. The Kansas City district includes the states of Kansas, Wyoming, Nebraska, Colorado and Oklahoma.

No one wants to live in a country where bitcoin has become vital for payments.

Fedwire, the Federal Reserve’s real-time settlement system, is America’s most important payments utility. When anyone makes a payment from his or her bank to another bank, it’ll eventually be settled by a movement of funds along Fedwire. By cutting off Democrat-leaning banks and their customers from this key utility, the Kansas City Fed effectively removes their access to the rest of the U.S. banking system.

The Atlanta Fed, also Republican, follows the Kansas City Fed a month later. In retaliation, the Federal Reserve banks of San Francisco and Boston disconnect Republican banks from Fedwire, in one swoop unbanking all Republican-leaning businesses located in their districts.

In 2033, the San Francisco Fed halts all incoming payments from both the Reserve banks of Kansas City and Atlanta. Suddenly, there is no such thing as a universal U.S. dollar. Money held in accounts in Georgia and Florida and Oklahoma can’t move into accounts in California or Washington, and vice versa. The payment tissue that once connected all American has torn.

The collapse of America’s payment infrastructure would be just one theater in a much larger factionalization of American society along ideological lines. Other key bits of American infrastructure would also begin to fall apart: the courts, law enforcement, the education system. There would be large physical dislocations as Republican families migrate to Republican enclaves and Democrats to Democrat enclaves.

But commercial life would still go on. Within their own enclaves, Democrats would still do business with Democrats, and Republicans with Republicans. They would probably rely on local credit-based systems to engage in trade. Credit, which relies on trust, is the most efficient way to carry out transactions.

See also: JP Koning – How Bitcoin Is Like Ham Radio

What about trade between Democrats in one enclave and Republicans in another enclave? Each side will produce goods that the other side needs. With neither side trusting the other, IOUs would be an unacceptable currency.

It’s possible that silver and gold would become popular again, as they were in the 1600s and 1700s. Or perhaps bitcoin would become America’s favorite medium for conducting inter-factional trade. The nice thing about bitcoin, like gold, is that it doesn’t rely on a trusted counterparty. Suspicious traders needn’t worry about the IOU-issuer welching.

But if America’s electrical and telecommunications infrastructure has crumbled, would it even be possible for people to use bitcoin?

It’s a stretch, but we can imagine distributed solar power solving the electricity problem. As for accessing the bitcoin network, tinkerers could try to connect old-fashioned ham radios to Blockstream’s bitcoin satellite. If the remnants of AT&T and Verizon can only provide patchy internet service, so-called decentralized mesh networks might offer an alternative way to access the web.

This dystopian future probably isn’t going to happen. For now, bitcoin has found a role as a popular way for Americans to speculate, sort of like gold. Let’s hope it stays that way. No one wants to live in a country where bitcoin has become vital for payments.