Lawrence Summers on Inflation: Fed ‘Will Only Remove the Punch Bowl After It Sees People Staggering Around Drunk’ 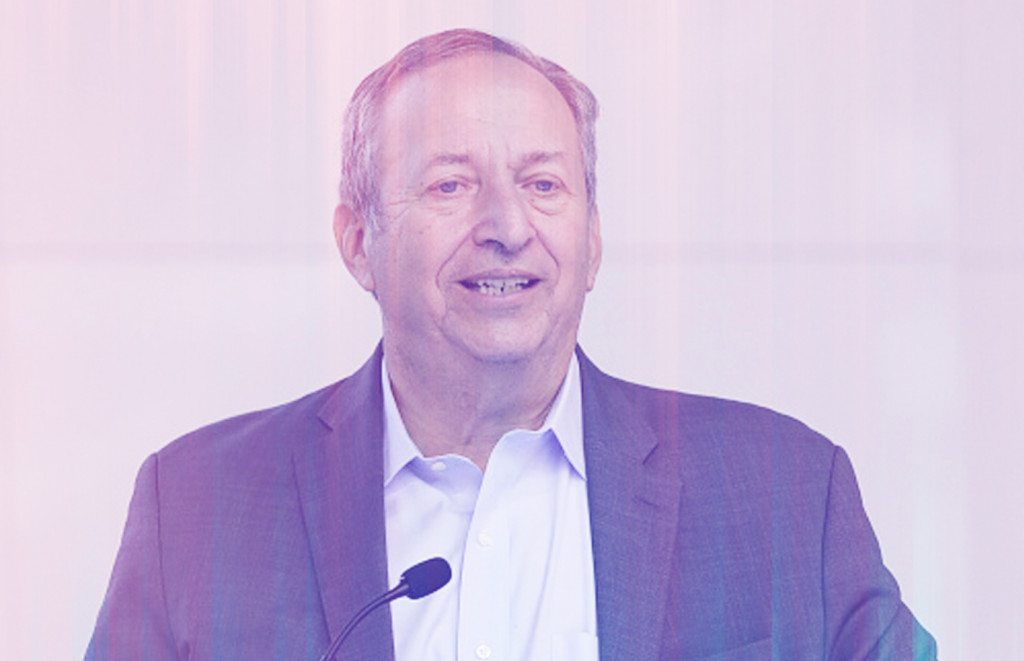 On the campaign trails in 2020, Joe Biden sought advice on the economy from neoliberal icon Lawrence Summers. Since he took office, the U.S. president is getting a lot more advice from Summers, albeit unsolicited and quite publicly.

Few of Biden’s most prominent supporters have been as openly critical of the administration and the Federal Reserve going full throttle on fiscal and monetary stimuli, respectively, as Summers.

The former Treasury secretary under Bill Clinton and one-time director of the National Economic Council under Barack Obama has been warning for several months that Biden’s $1.9 trillion stimulus plan to stem a pandemic-caused slowdown could hurt the United States with inflation levels not seen in years.

“I think policy is rather overdoing it,” said Summers to CoinDesk’s head of research, Noelle Acheson, and Bloomberg host Joe Weisenthal in a pre-recorded interview broadcast Wednesday during Consensus 2021.

“Fundamentally, the magnitude of the policy changes now is rather greater than the magnitude of the policy changes that set off inflation between 1966 and 1969, where we went from the below-2% range to certainly the above-5% range in just a few years,” said Summers, who was also once chief economist at the World Bank and president of Harvard University. “We’re taking very substantial risks on the inflation side, and we’re taking them well after there was a need to hedge against the deflation possibility.”

While perhaps a throwback on some level to a bygone era of centrist consensus, Summers’ comments come as Biden tries to garner support for an additional $1.7 trillion in “infrastructure” spending on top of the $1.9 trillion stimulus package approved by Congress in March.

As a result, mainstream investors are seriously worrying about inflation for probably the first time since disco music ruled the airwaves. Inflation fears are thought to be a major catalyst for bitcoin’s run-up since October.

Among the reasons Summers cited was the high percentage of the fiscal stimulus (14% to 15%) relative to GDP at a time when the Federal Reserve is also buying bonds to the tune of about $120 billion per month to add dollars into the economy and to keep interest rates low.

“The sense of serenity and complacency being projected by the economic policymakers – that this is all something that can easily be managed – is misplaced,” he said.

Life of the party

Summers did not confine his criticism to Biden’s fiscal policy. Said to have been on Obama’s short list for Federal Reserve chair, Summers also had something to say about the central bank’s monetary policy.

The Fed has given up on ““preemption as a possibility” when it comes to inflation, he lamented. Trying to get things back on track down the road will ultimately be “uncontrolled, expensive and costly,” he warned

To drive the point home, he used a Bacchanalian metaphor.

“The Fed’s idea used to be that it removed the punch bowl before the party got good. Now the Fed’s doctrine is that it will only remove the punch bowl after it sees some people staggering around drunk,” Summers added.

Summers also chided economists for not “changing its paradigm rather than reasserting the things they had been saying beforehand” when it appeared the economy was showing signs of bottlenecks in key parts such as housing and semiconductors as well as labor market shortages.

The Fed’s view that it should keep rates to near 0% through 2023 “seems to me at the edge of absurd,” he said.

While a supporter of higher minimum wages, Summers maintains that “an honest advocate of those policies has to recognize that they do have an inflationary tendency because they raise costs on employers directly and because they operate to make labor markets less flexible than they were previously. … I’m not a blind advocate of that reversal who fails to recognize that it’s got some consequences.”

Those consequences are exacerbated by unexpected developments in the labor market.

“We are seeing something very powerful in the heat of the labor market. I would not have expected the pervasiveness of job shortages while we have unemployment at these levels,” he said. “I would not have expected that so many employers would be complaining that they’re not able to find workers. I would have thought that the best argument for being relatively optimistic about this – that this was all going to work out okay – was the suggestion that when extraordinary unemployment insurance benefits ran out in September, people would go back to work in large quantities and then the labor market would be able to absorb it. But the Administration insists on denying that argument and insists on denying that unemployment insurance has an important impact.”

Summers had one more warning for those who, like him, support expansionary government policies on some level, arguing they have hurt his fellow Democrats politically in past decades:

“An Achilles heel of that Great Society-like view was its tendency to be inflationary. And I wish that the advocates of that view … should learn the lesson of the Johnson Administration's errors that elected Richard Nixon, and the Carter Administration's errors that elected Ronald Reagan, if their successes are to be enduring, and that's why I've been troubled by the policy posture.”