Crypto Funds Hit by Redemptions as Investors Retreat From Bitcoin 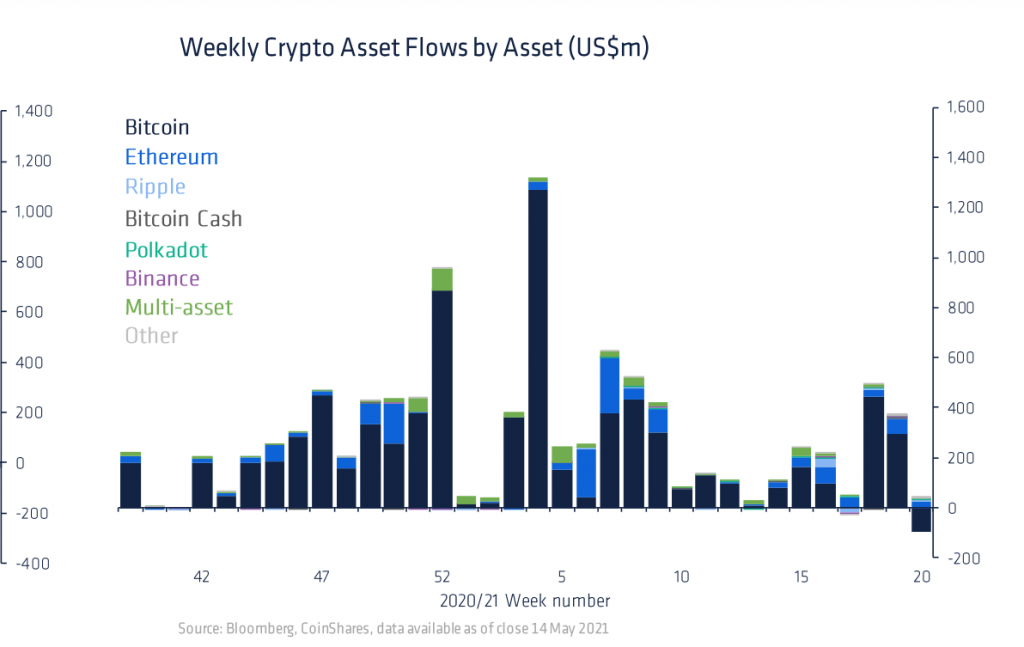 According to a report Monday by CoinShares, outflows from bitcoin-focused funds totaled a record $98 million in the seven days through May 14, while investment products focused on other digital assets continued to pull in new money.

The net amount still represents a small fraction of the $5.6 billion put into cryptocurrency funds this year, but the outflows show how quickly some investors were to retreat as bitcoin began a price pullback that has now extended to as much as 35% from April’s all-time high.

“Investors have been diversifying out of bitcoin and into altcoin investment products,” according to CoinShares.

Read more: Bitcoin Suffers Biggest Pullback This Year, Drops to 3.5-Month Low Near $42K
Disclosure
The leader in news and information on cryptocurrency, digital assets and the future of money, CoinDesk is a media outlet that strives for the highest journalistic standards and abides by a strict set of editorial policies. CoinDesk is an independent operating subsidiary of Digital Currency Group, which invests in cryptocurrencies and blockchain startups.