Why Are We Still Debating Whether Craig Wright Is Satoshi? 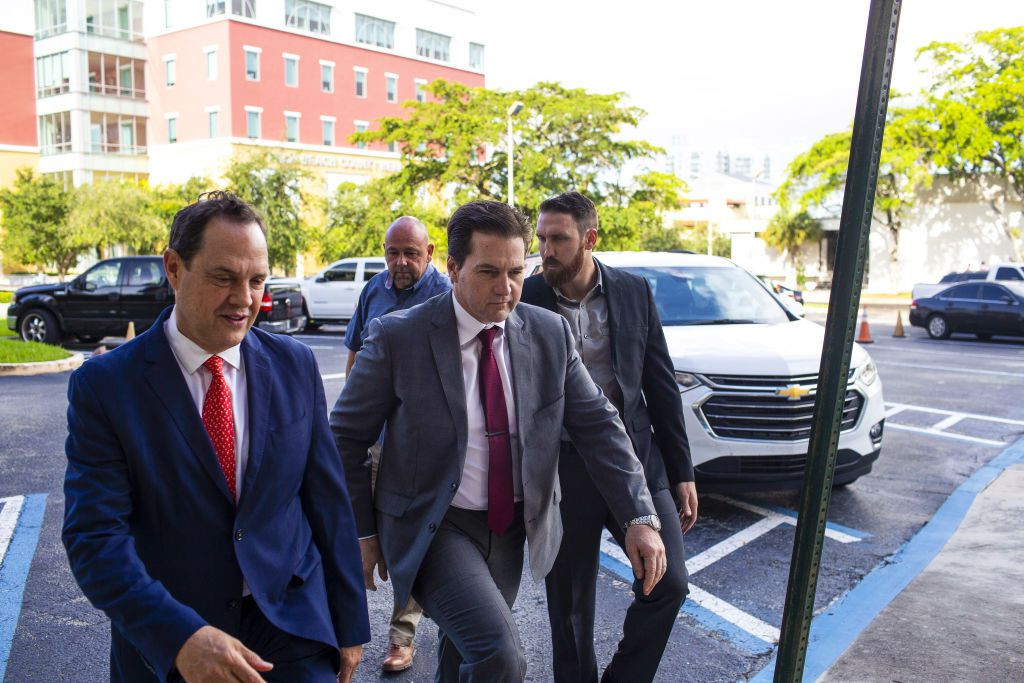 On Saturday, the Wall Street Journal ran a tantalizing headline: ?Bitcoin Creator Satoshi Nakamoto Could Be Unmasked at Florida Trial.? Nakamoto, of course, is a pseudonym used by the person or people who laid out the basic principles of Bitcoin, helped develop it between roughly 2008 and 2011, then disappeared with secret identity intact. You would think the Journal?s report on possible new information about Satoshi?s real identity would be welcomed by the cryptocurrency world.

You would be mistaken. The headline was greeted with reactions ranging from confusion to withering scorn from major crypto figures including Matthew Graham of Sino Global Capital, Bitcoin educator Matt Odell and author Vijay Boyapati.

This article is excerpted from The Node, CoinDesk?s daily roundup of the most pivotal stories in blockchain and crypto news. You can subscribe to get the full newsletter here.

This is an example of why the reputation of the media has been destroyed. There is zero chance Wright is Satoshi and to claim that he could be is proof of either extreme ignorance of the space that you're covering or wilful irresponsibility. Shame!

paul you have been around for a long time, you should know better than this bullshit

The crux of the backlash was at least twofold.

First, the headline and much of the story are at best misleading on purely factual grounds. The ongoing civil trial between computer scientist Craig Wright and the estate of former collaborator David Kleiman does not actively consider the question of whether Wright is, as he has claimed for years, Satoshi. The Kleiman estate largely accepts Wright?s claim as part of its standing for the lawsuit, and a verdict either way would not, in itself, amount to a judgment on whether Wright is Satoshi.

But more substantively, fury over the Journal story manifests a bone-deep exhaustion among Wright skeptics at having, yet again, to deal with all this. Wright has been making claims to be Satoshi for more than half a decade at this point, but the bitcoin and broader crypto communities have found his evidence consistently unconvincing. Defenses of Wright these days come overwhelmingly from his own affiliates, particularly CoinGeek, the news operation owned by Calvin Ayre, an online-gambling entrepreneur who has faced legal trouble in North America. Ayre is also an investor in nChain, where Wright is chief scientist.

nChain develops commercial blockchain services on Bitcoin SV, which forked from Bitcoin (BTC) and Bitcoin Cash (BCH) as part of the long fallout of the so-called ?block-size war.? The campaign to prove that Wright is Satoshi is inextricable from nChain and Ayre?s financial stake in BSV, which stands for ?Bitcoin Satoshi?s Vision? and purports to represent Satoshi?s true design intentions. If the BSV price is an index of the industry?s acceptance of that claim, it has not been very convincing: BSV has lost roughly 94% of its value relative to BTC since January 2020.

The continued serious treatment of Wright?s claim to be Satoshi, by no less an institution than the Wall Street Journal and despite the apparently widespread disbelief of Wright?s peers, exemplifies much broader challenges of the digitized information age. Just as cyberlibertarians like John Perry Barlow predicted in the early 1990s, the internet has provided a powerful platform for voices that break from the consensus. CoinGeek and Ayre have stuck by Wright despite nearly universal condemnation and mockery, and have managed to attract enough true believers to keep their version of the story, at the very least, on the menu.

Of course, the Wright story may also be an example of the costs that come with this diversity of voices. Wright-as-Satoshi is just one in a long list of issues that can be plausibly characterized as ?unresolved? because of the persistence of a vocal or well-funded minority against an overwhelming expert consensus. For those who remain skeptical of Wright, that leaves the barn door open for an endless debate that is, at best, a wearying distraction from more substantive and constructive issues.

Other similarly contested claims have had devastating real-world consequences and torn open large social rifts. The nonsensical ?Q? movement colonized the brains of tens of thousands of Americans, distracting would-be child saviors from actual pedophile rings, only to fizzle out in deadly embarrassment. A single since-retracted study has become the foundation for a terrifying backlash against the scientific triumph of vaccination.

These examples of social media meltdown, though, may make it too easy to forget the advantages of leaving space for heterodoxy: Sometimes, after all, the contrarians are right. Ideas that were long considered crank ?conspiracy theories,? such as the CIA?s LSD-based mind control experiments and role in the global drug trade, have been bolstered or outright confirmed, thanks largely to new digital communication, collaboration and research tools.

And a unified and unchallenged mainstream media can be a threat in itself ? remember that the New York Times rubber-stamped the march towards the disastrous second Iraq war. A recent congressional hearing focused on the decades-long disinformation campaign funded by the fossil fuel industry that stymied U.S. consensus on climate change ? not through social media manipulation, but through credulous network news broadcasts and corrupt academic journals. With the same methods, one offhand contrarian letter to a medical journal in 1980 was transmuted by the Sackler family into an immense legalized drug racket that the media didn?t unravel until opioids had killed half a million Americans.

The new fragmented information landscape is particularly challenging for journalists because they are trained to be, above all, impartial. It is almost as paramount a value in journalism as the doctor?s pledge to ?first, do no harm.? But in a world where ink is free, competing or contradictory claims on any given topic can proliferate endlessly. A simple claim that one thing is true and another is not can almost always be spun as a betrayal of neutrality by those living in the world of alternative facts.

For some journalists, the solution is to simply lay out two competing claims without litigating who?s right and who?s wrong. This is more or less the approach taken by the Journal?s piece on the Kleiman-Wright trial ? and the visceral reaction highlights just how inadequate the approach can be. Critics argue that framing issues like climate change or vaccination as ongoing debates is already a kind of victory for disinformation merchants, because their often relatively miniscule and marginal constituencies are suddenly given equal weight with the much larger consensus arrayed against them. Critics have diagnosed this failure of contemporary journalism as ?both-sides-ism.?

The Journal?s coverage, in addition to mischaracterizing the dispute at the heart of the Kleiman-Wright trial, commits some serious both-sides-ism with its framing of Satoshi?s identity, and Wright?s claims, as a ?mystery.? Though it rightly describes ?withering criticism? directed at Wright?s claims, the piece does not make clear to its non-expert audience just how universal and vociferous cryptocurrency experts and leaders have been in their dismissals.

One of the more comprehensive rebuttals is this lengthy 2019 piece by former Casa executive and privacy champion Jameson Lopp, detailing all of the ways Wright has failed to back up his claim to be Satoshi. More has emerged since then, including strong evidence that Wright does not control at least 145 of the Bitcoin addresses he claims in the Kleiman suit. Those addresses? private keys were used in May 2020 to sign an anonymous message describing Wright as ?a liar and a fraud.?

Perhaps most indicative of the attitude of the crypto community is the repeated mockery of Wright by Ethereum creator Vitalik Buterin. Buterin, one of the most magnanimous and non-confrontational people in crypto, called Wright a ?fraud? to his face at a 2018 conference. Wright filed a libel lawsuit against Buterin in the U.K., in parallel with suits against podcaster Peter McCormack, ?Hodlonaut,? Roger Ver and Blockstream?s Adam Back, who had all similarly dismissed Wright?s claims. Most of those suits were subsequently abandoned or dismissed, itself fairly typical of Wright?s regular use of the legal system to intimidate critics.

Resistance to Wright?s narrative ranges far and wide. Cardano founder and Ethereum co-founder Charles Hoskinson wrote in 2019 that he doesn?t believe Wright is Satoshi because he ?lacks foundational knowledge, character, has a totally different communication style and Satoshi wasn?t down with the patents.? Tether has provided financial support for Peter McCormack?s defense against Wright.

Skepticism of Craig Wright, in other words, is a precious point of agreement between people who, in many cases, would quite gladly gouge each other?s eyes out given half a chance. In fact, short of the core values of transparency, privacy and censorship resistance that define blockchain technology itself, disbelieving Craig Wright may be the single largest point of agreement in the entire cryptocurrency industry.

But we in the media continue giving his claims air. Why?

Not least because it?s engaging, even deeply fascinating stuff. Even when presented responsibly as the oddity the consensus takes him for, Wright is an enthralling figure, his motives and mindset a tantalizing glimpse of the strangest depths of human nature. The problems come when we treat him as not just interesting but important, depicting his moves as part of a larger ?mystery? or ?controversy.? The allure can sometimes be too much, even for us here at CoinDesk: We?ve recently had to modify a few headlines and social media posts that skirted a bit too close to the Journal?s thirsty both-sides-ism.

Overwhelming sentiment against Wright doesn?t necessarily mean the consensus is correct, of course. It?s perfectly possible that Wright will sooner or later provide the long-delayed proof that he?s truly Satoshi. If and when that happened, there would be quite a reckoning ? not least because it would likely involve Wright taking control of nearly $65 billion worth of bitcoin, a trove that he claims to own but has, for whatever reason, not so far leveraged in his fight against skeptics.

This, like many future unknowns, is perfectly possible. But should responsible journalists entertain the merely possible as a viable alternative to the truly plausible, the likely ? the version of reality shared by those who have looked at it most closely? Would it be responsible for a reporter to write the sentence ?it is possible that drinking gasoline cures COVID-19? if he or she cited a gasoline-refinery blog making that claim?

There are few easy answers for those tasked with taking such self-interested claims, checking them against storms of contrary debate and turning them into a shared reality. But here?s one that shouldn?t be too hard: When one perspective is shared by the vast majority of the acknowledged authorities in a little-understood field and the other is largely supported by a single investor, they don?t need to be treated as two equal ?sides? by one of the most important information sources on Earth.