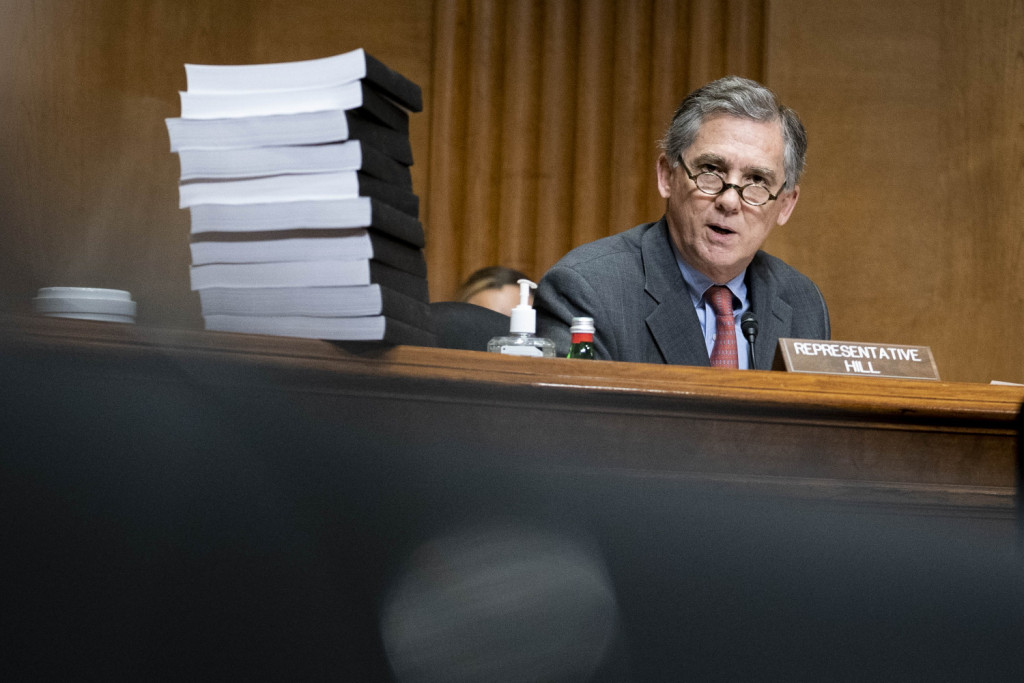 A pair of U.S. congressmen have introduced a bill that would require the Treasury Department to evaluate the digital yuan, digital dollar and the actual dollar’s role in the global economy.

The bipartisan bill, introduced by Reps. French Hill (R-Ark.) and Jim Himes (D-Conn.), seeks to ensure the U.S. dollar remains the world’s reserve currency and directs the Treasury Department to publish a report that evaluates current policy and governance around the currency. This report would include details around central bank digital currencies (CBDC), among other issues.

Under the terms of the bill, dubbed the “21st Century Dollar Act,” the Treasury secretary (currently Janet Yellen) would submit a report to the Senate Banking and House Financial Services committees that includes “a description of efforts by major foreign central banks, including the People’s Bank of China, to create an official digital currency, as well as any risks to the national interest of the United States posed by such efforts.”

The report would update these committees on the Federal Reserve’s current status in researching a digital dollar. The bill would also require the Treasury Department to develop a strategy for boosting the dollar’s reserve status.

The report would detail “any implications for the strategy established by the secretary pursuant to subsection (a) arising from the relative state of development of an official digital currency by the United States and other nations, including the People’s Republic of China,” the bill said.

Keeping the dollar as the world’s reserve currency would be “good for American companies and workers as well as U.S. global influence,” Hill said in a statement.

“Congress and policy makers need to understand the risks posed to the dollar, especially as it relates to China’s renminbi, to ensure the safety and preeminence of the dollar,” he said.

Himes said in a statement that the dollar is “an important geopolitical tool” in the U.S. “diplomatic toolbox.”

The dollar’s status as a reserve currency allows the federal government to use it in its sanctions compliance program, letting it block alleged or convicted terrorists and other malicious actors it deems a threat to national security from the global payment system. Some government officials and private individuals believe that a digital yuan, which China has been working on, could help countries bypass the dollar-based financial system.

Notably, current Securities and Exchange Commission Chairman Gary Gensler participated in a wargaming exercise in 2019 that simulated how North Korea might use a digital yuan to fund nuclear weapons. Other participants included former senior government officials, such as one-time Defense Secretary Ash Carter.

“The 21st Century Currency Act is a smart, bipartisan bill to ensure the US dollar continues as the world’s foremost reserve currency,” Himes said in Wednesday’s statement.

Hill previously sent a letter with Rep. Bill Foster (D-Ill.) to the Federal Reserve, asking the U.S. central bank whether it was looking into creating a digital dollar. The Boston Fed has since begun researching the merits and possible technologies around a CBDC.

Federal Reserve Governor Lael Brainard outlined some of the policy questions and objectives around this research earlier this week at CoinDesk’s Consensus 2021 conference.