Up 3%: Bitcoin Leaves S&P 500 Behind in Year-to-Date Recovery 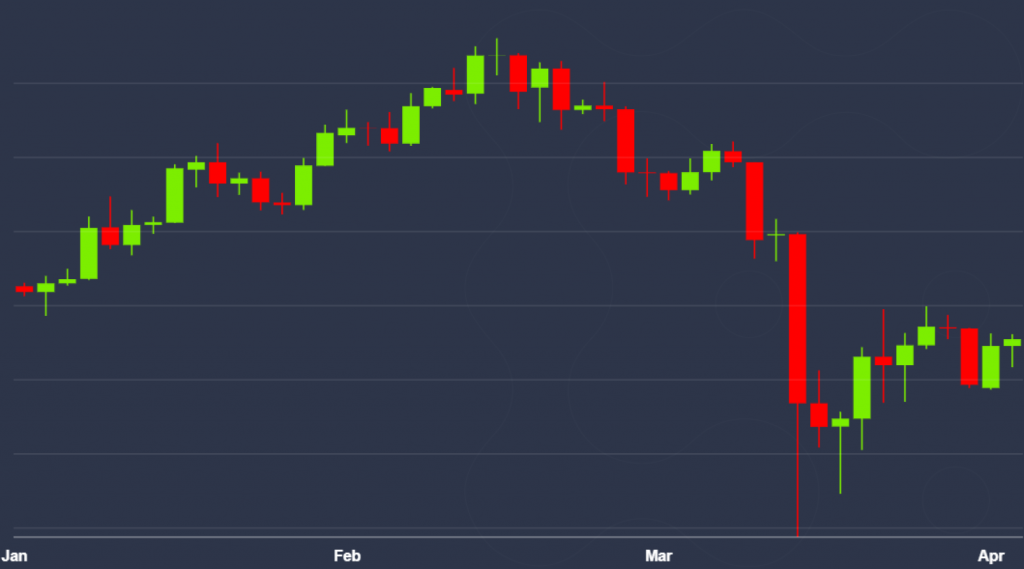 Both bitcoin and the U.S. stock markets have witnessed a notable recovery rally over the past couple of weeks, but it’s the cryptocurrency that’s taken the lead.

Bitcoin (BTC) clocked a 3.5-week high of $7,459 early on Tuesday, meaning the cryptocurrency was up 4.2 percent from the yearly opening price of $7,160. Since then prices have fallen back slightly, putting the year-to-date gain at around 3.2 percent.

Meanwhile, the U.S. stock markets are still trading in the red on a YTD basis. The S&P 500, Wall Street’s equity index, has pulled off a strong 21.5 percent rally from lows near $2,190 reached on March 23, but even so it’s still down 17.5 percent for the year.

Gold, a classic haven asset, has gained around 2 percent so far since Jan. 1.

At press time, bitcoin is changing hands near $7,445 – up around 90 percent from the low of $3,867 observed on March 13, according to CoinDesk’s Bitcoin Price Index.

As bitcoin looks to be moving in tandem with the equity markets, what’s behind bitcoin’s outperformance of the S&P 500 on a year-to-date basis?

Bitcoin may be gaining altitude because the market is now dominated by long-term investors who believe in the narrative that the cryptocurrency is a hedge against global economic duress brought on by the coronavirus pandemic.

Bitcoin’s rapid drop from $8,000 to $3,867 seen on March 12 and March 13 was mainly fueled by long liquidations by institutions and macro traders. “These non-crypto dedicated participants squared off their long positions to raise the cash needed to fund margin calls,” said Richard Rosenblum, co-head of trading at GSR.

“Following the liquidations, the market is primarily made up of crypto-native firms and long investors. Not surprisingly, bitcoin is acting more bullish,” Rosenblum said.

The coronavirus-led sell-off in the equity markets, triggered a global dash for cash, which saw macro traders sell everything from gold to bitcoin.

Derivatives market data does suggest institutions took a break from the crypto markets in March. Open interest, or open contracts, in futures listed on global exchanges fell from $4 billion on March 11 to $2 billion on March 14, according to data from research firm Skew.

The cryptocurrency is expected to maintain its upward trajectory and challenge the high of $8,000 seen just before the March 12 sell-off.

“Bitcoin is within shouting distance of its March meltdown level, and could make par by the weekend,” Jehan Chu, co-founder and managing partner at Hong Kong-based blockchain investment and trading firm Kenetic told CoinDesk.

Chu, however, warned the cryptocurrency is still on uncertain ground and could slip back below $7,000. A pullback may be seen if key resistance near $7,480 proves a tough nut to crack.

Bitcoin charted a green marubozu candle on Monday (above left), which comprises a big body and small or no wicks. The candle indicates buyers were in control from the open to the close, reflecting strong bullish sentiment.

The pattern strengthened the case for a rally to $8,000 put forward by a pennant breakout confirmed last week.

So far, however, the buyers have failed to challenge the 50-day average hurdle at $7,482. Bitcoin narrowly missed passing the average resistance early on Tuesday, with prices dropping back from $7,459.

If the hurdle continues to cap upside during the U.S. trading hours, an overbought reading on the 4-hour chart relative strength index would gain credence, possibly yielding a drop to the daily chart rising channel support, currently at $6,810.

Disclosure: The author holds no cryptocurrency at the time of writing