SpankChain Has Paid Camgirls $70,000 Worth of Crypto in 6 Months 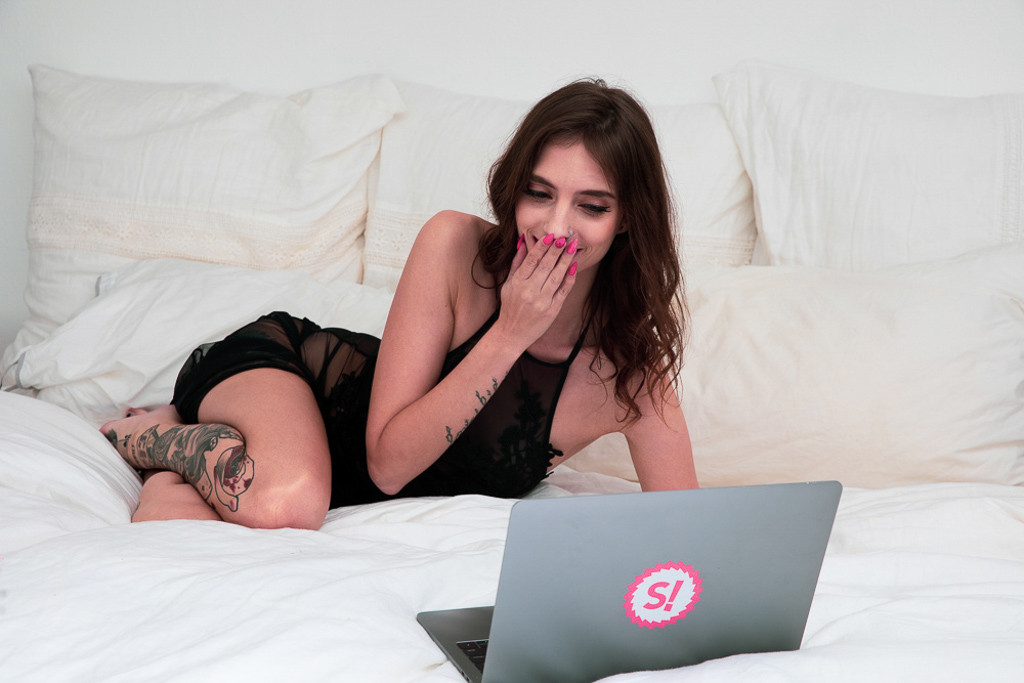 “I crunched the numbers,” performer River Sunshine, who has been camming for five years, told CoinDesk. “I was making on three sites combined, 6 percent of what I made in the same 30-day period on SpankChain.”

Fellow performer Molly Mae Meow, who has been camming for more than six years, said she too makes much more money on SpankChain, which only charges performers 5 percent of their earnings compared to the standard 50 percent across the industry.

“I think a lot of members appreciate that I’m getting almost the whole amount of it,” Mae Meow said, adding:

“I was a little skeptical about all of it at first. But now I really, really love crypto.”

Sunshine and Mae Meow are examples of sex industry veterans who were introduced to cryptocurrency through SpankChain. They generally cash out the platform’s ethereum-based SPANK tokens as needed for weekly expenses, storing the rest as some form of digital asset for long-term savings.

“I feel more in control of my money than I did using the banks and payment processors on other sites,” Sunshine said.

Word of SpankChain’s lucrative platform is spreading across performers’ social networks. According to SpankChain’s internal data, every week around 20 new performers sign up to join.

Speaking to how “staking” SpankChain tokens on the platform, or locking them up and earning rewards for letting those tokens fuel the network, offers models a way to essentially control something comparable to equity.

Mae Meow said: “Giving models that much power in your site can be very beneficial. You’re not just working on the site, everyone on the site is also working for you.”

Of course, this raises a thorny question: Is SPANK an unregistered security under U.S. law, exposing SpankChain to regulatory risk?

It’s too soon to say what legal classification staked tokens will eventually have given how U.S. regulators are cracking down on token issuers that, like this sex industry startup, considered their assets “utility tokens” rather than investments.

“The question is how people perceive them and use them,” Preston Byrne, a partner at the law firm Byrne & Storm, P.C., told CoinDesk.

He went on to add that, generally speaking, any token system that doesn’t include mechanisms to prevent speculative trading could present some risk from a securities law perspective.

“Token issuers are setting them up for an almost impossible task,” Byrne said. Referring to the test created in a Supreme Court case for determining what is an investment contract, he added, “the Howey Test is deliberately extremely broad.”

However, SpankChain CEO Ameen Soleimani told token holders, via the company’s public discord channel, that he’s not concerned about regulators hindering the ecosystem’s growth because the team “never discussed price appreciation of the token” and “deliberately tried to keep SPANK off the major exchanges.”

Soleimani went on to say his company has not been contacted by the U.S. Securities and Exchange Commission and would happily cooperate with such regulators.

As such, despite SpankChain’s popularity among performers, the overall sentiment in the broader ethereum ecosystem recently prompted layoffs at the startup.

Without commenting on how many people were laid off on November 20, Soleimani told CoinDesk in a statement:

“While we’re immensely proud of the impact of Spank.live, our main revenue model is based on the adoption of our SpankPay wallet across the adult industry—and that’s going to take some time…in the face of the bear market, SpankChain had to slim down and refocus our company efforts on shipping.”

On the other hand, tokenized holdings aren’t the only opportunity attracting SpankChain’s performers to the network.

In addition to gaining more control over their income, SpankChain models noted that the crypto-powered platform offers more creative freedom than other camming sites.

“I love doing some taboo shows and I can’t do that on other sites without the fear of getting shut down,” Mae Meow said. “I love dressing up and doing Halloween stuff.”

At the same time, increased financial censorship since SESTA-FOSTA bills passed through Congress earlier this year is forcing many performers offline to more dangerous, public environments.

Sunshine agreed, saying that after those laws passed having control over her own cash out process was crucial. SpankChain’s system, like many blockchain platforms, allows for immediate access to funds because there’s no waiting to deal with credit card chargebacks.

“I have more a sense of freedom to do [unconventional content],” Sunshine said, adding she now prefers crypto over any fiat alternative. “I wish I could pay my rent and bills directly from my crypto wallet.”

Another distinction both Mae Meow and Sunshine noticed is that SpankChain users, predominantly veteran crypto fans, are less demanding and open to more diverse content, such as cooking shows, than general audiences. Instead of trolls demanding performers immediately get raunchy, as they often do on other sites, SpankChain viewers have generally been happy to let performers set the tone.

“You have control over the show,” Sunshine said. “It’s honestly changed my life. I feel excited to get on cam now.”