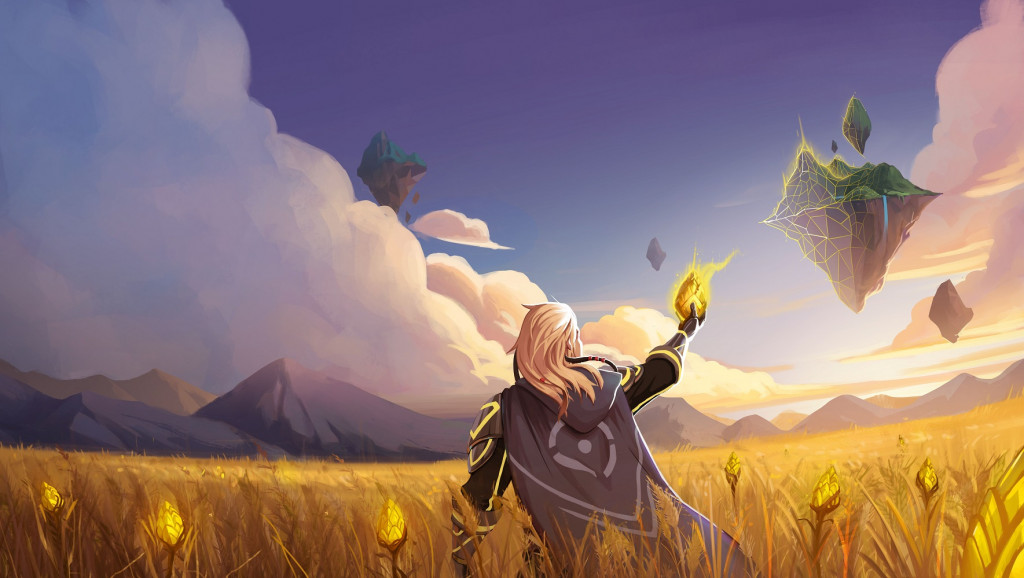 Gamers who act soon could be among the first to own a very rare game asset in the Initialized Capital-backed SkyWeaver – that is, if they play their digital cards right.

SkyWeaver is a collectible card game (CCG) where players acquire cards for excelling that can be traded like any other Ethereum-based asset. On Friday, the company creating it, Horizon Games, opened its final closed-beta season, Season 0, as millions in the U.S. stay at home to combat the spread of COVID-19.

Similar to Magic: The Gathering, Hearthstone and a new entrant still in alpha from Kathleen Breitman’s Coase, SkyWeaver is among a crop of blockchain-based games (led by Gods Unchained) looking to prove the value of digital scarcity in the gaming industry.

Season 0 kicked off today at 14:00 UTC on the SkyWeaver testnet. Although the loot players earn will evaporate once the open beta is launched, there’s still a reason to play.

“The players who rank in the top 1,000 will each earn a rare gold card that players can play, trade or sell,” Michael Sanders, one of the Horizon Games co-founders, told CoinDesk. The gold card will be accessible once the open beta launches on the ethereum mainnet.

The company will be waving through a chunk of its extremely long wait list, but it’s also easy to hop the line. Players who join the community on Discord and ask to get an invite will be given an access code. There are thousands of people playing now and that number is likely to grow.

Horizon Games isn’t committing to a timeline for launching the open beta, other than to say it will be this year. When the game is in open beta, though, card ownership will move to the mainnet and the cards players buy and win really will belong to them from then on, held in their Ethereum wallets.

Max Palmer is a 28-year-old longtime CCG gamer who has been playing in the SkyWeaver preseason since early this year. Previously a fairly successful Hearthstone player who drifted away from that game, Palmer shared his early impressions. “To be honest, with me, the most important thing is just that it’s a good game,” he said of SkyWeaver’s crypto aspect. “Because if it’s not a good game then the asset wouldn’t matter as much.”

SkyWeaver is free to play but Horizon is calling it play-to-earn. There will also be a revenue model for the company, with players being able to buy cards for the game’s constructed-deck mode.

Horizon gave CoinDesk an invite to the preseason, and this reporter’s record stands at 5-5, as of this writing.

The basic format of the game is much like other similar one-on-one games played with a deck of soldiers and spells. One difference: You are playing with a lead character (“a hero”) who is on the battlefield and the goal is to keep that character alive longer than your opponent’s hero in the turn-based format.

As in other CCG titles, you use a resource (“mana”) to play these cards and you get one unit more of it to use each turn. One difference in play that Horizon’s Sanders emphasized was the fact that some cards have spells built into them, effectively making them two-for-one. So once a card is played you can also spend your resources activating a one-time effect built into that card, “which allows for an entirely new gameplay dynamic,” Sanders said.

Palmer echoed the sentiment that the game has a lot of elements that work together in a fun way.

“It’s hard to really exactly explain what makes it so good, but there’s just a lot of good elements within the game design,” Palmer said.

That game design is led by Jonathon Loucks, who helped build games at a number of big companies, including Wizards of the Coast, which makes Magic: The Gathering.

SkyWeaver players can choose one of two formats: discovery or constructed. In fact, they have to start playing “discovery,” which provides a random deck of cards the player doesn’t keep. Players earn cards they can use later by playing and winning. Once a player has enough cards, they can choose from them to build a deck in the “constructed” setting. The 1,000 players who will earn a gold card in Season 0 will actually be the top 500 in each of these two categories.

Unlike Coase’s Tezos-based Emergents, Horizon hasn’t committed to creating a software development kit to allow other developers to create new game formats. Horizon will decide which other ways of playing (such as two-on-two or all-for-one, for example) come next.

“Once we’re in open beta we’re going to learn from the community in terms of what sort of game modes we want to build next,” Sanders said.

There are 500 cards to learn, 100 in each of the five categories within the game. A deck has 20 cards. If you play “constructed” and don’t have enough cards in the category you’re playing, the game will just randomly give you enough other cards to play with for that round.

We are still struggling to get better at the game, so no tips on gameplay but one: A lot of cards have the effect of attaching a spell to your hero. Just know that any new spell attached destroys the prior one, so use it or lose it.

Other than that: Just have fun. The game does its best to match you with players at a similar level so each game should be just challenging enough.

The card economics are not completely nailed down, Sanders said, so any of the below could change. The company plans to put out a blog post soon articulating version 1.0 of the marketplace, Sanders added.

There will be three kinds of cards: playable cards held by the game, “silver cards” which are purchased from Horizon and “gold cards” which are the most rare, and are earned by the best players.

Silver and gold cards will be the same cards as the regular cards, in terms of names and abilities, but they will be cosmetically enhanced and the players actually own them.

Silver cards should sell for something like $2 each. There will be no fixed supply of these cards. Sanders said that once a silver card is created it should always be for sale by Horizon.

The company has created a peer-to-peer marketplace for exchanging the cards between players that serves as an automated market maker.

Gold cards don’t have a fixed supply either, but they are limited at the pace they can be released. Right now, the thinking is that the top players each week will earn a cryptocurrency called WEAVE (an ERC-1155 token), and 500 WEAVE can be used to mint a random gold card. Only something like 2,000 will be minted each week and no one can control which card can be minted.

There’s no plan right now for cards in SkyWeaver to have a memory of their gameplay, because that might make the marketplace too confusing. One critical factor will undoubtedly impact cards’ value over time: the SkyWeaver team may modify cards’ stats if they prove too disruptive to gameplay, an effect that gamers refer to as “nerfing.”

Players of Magic are familiar with this, only in that game the card just gets “banned,” which basically always causes its value to plummet on the secondary market. In a digital format, it can just be modified slightly.

Still, crypto-oriented players might not feel quite so much ownership over assets whose attributes might change at any time. That said, Palmer, the 28-year-old gamer, said there’s just no perfect solution.

“It can be annoying at times when things are changing and prices are changing and you’re just trying to play the game,” he said, but never changing anything once a card is published could create its own problems. “It’s just a balancing thing essentially.”