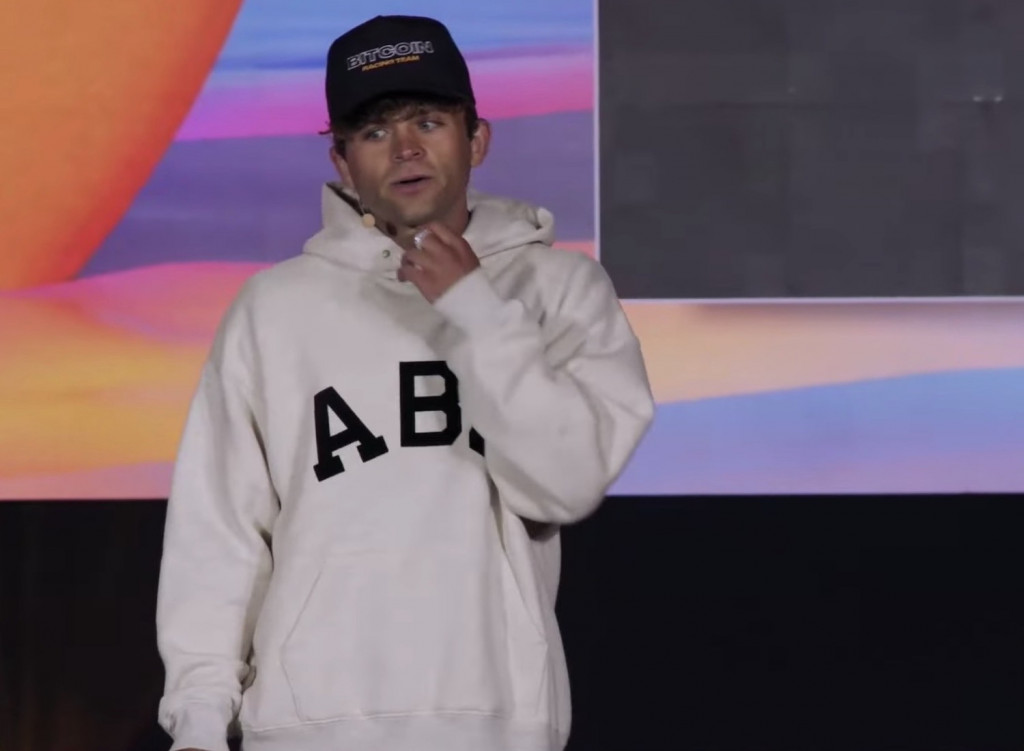 El Salvador is developing a bill to recognize bitcoin as legal tender, according to President Nayib Bukele. In a videotaped announcement shown Saturday, he said he will submit the bill next week.

Zap’s Jack Mallers announced the news at the Bitcoin 2021 conference in Miami. He said his company is working with Bukele to implement a plan.

The bill must still be reviewed by the country’s legislative assembly. But with the populist Bukele’s upstart political party in firm control of that body, approval seemed all but assured Saturday afternoon.

The bill’s approval would likely make El Salvador the first nation to adopt a bitcoin standard. Its full text was not immediately available.

“As of now, El Salvador is set to be the first bitcoin country,” Mallers said. “And the first country to make bitcoin legal tender and treat it as a world currency and have bitcoin on their reserves.”

But it is not yet clear what being “the first bitcoin country” will mean for the fiscally unstable and oppressively poor Central American nation, where 70% of residents lack a banking account.

But it is not yet clear what being “the first bitcoin country” will mean for the fiscally unstable and oppressively poor Central American nation, where 70% of residents lack a banking account. El Salvador’s gross domestic product was $24.6 billion in 2020, according to Statista.

The 39-year-old Bukele claimed in recorded remarks that his plan will have short-term benefits for thousands of unbanked individuals. He also claimed it will generate jobs.

“And in the medium and long term, we hope that this decision can help us push humanity, at least a tiny bit into the right direction,” Bukele said.

A brief excerpt of what appeared to be Bukele’s bill harped on a similar theme: “Central banks are increasingly taking actions that may cause harm to the economic stability of El Salvador.”

“In order to mitigate the negative impact from central banks, it becomes necessary to authorize the circulation of a digital currency with a supply that cannot be controlled by any central bank and is only altered in accord with objective and calclable criteria.”

El Salvador’s plan sits in stark contrast to a competing vision of money gaining traction among central banks. About 80% are studying central bank digital currencies (CBDCs) in a global push to make fiat more compatible with the digital economy.

None, however, have seriously considered implementing that through a cryptocurrency beyond their control.

Mallers’ Strike, a payments app built on Bitcoin’s Lightning Network, has been on the ground in El Salvador this year, with Mallers claiming to onboard 20,000 Salvadorans a day during the app’s peak activity in the country.

In an emotional speech, Mallers made it clear that Zap’s mission is to serve those in economies he believes are most affected by central bank monetary inflation.

“We want to make cross-border payments free,” Maller said. “We want to solve the remittance problem for places that need it the most.”

He said Zap will be opening a headquarters in El Salvador in partnership with Blockstream.