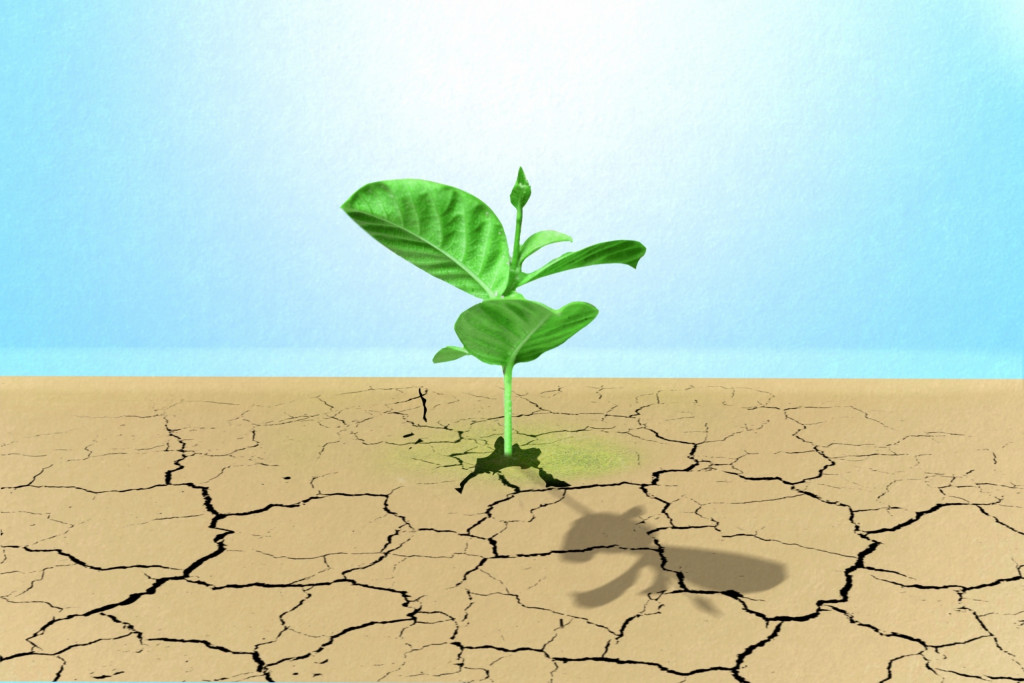 The naive “bitcoin fixes this” attitude of starry-eyed bitcoiners can be quite harmful when it comes to public acceptance of cryptocurrencies. Talking about the technology as a magical panacea for the world’s most deeply entrenched problems makes it harder for outsiders to accept more reasonable arguments in its favor.

So as I launch this week’s newsletter with a column addressing how crypto can help the women of Afghanistan in a struggle against male oppression that has suddenly become horrifyingly more intense, I’m wary of overstating my case. Still, I ask you to hear me out. A unique opportunity looms for crypto to be genuinely useful in Afghanistan.

For this week’s podcast, we move two countries to the east of Afghanistan to discuss the Indian government’s controversial biometric digital identity system, known as Adhaar. Sheila Warren and I talk with renowned Indian privacy activist Usha Ramanathan, who has spent years fighting the centralized Aadhar system and who happens to be Sheila’s aunt. We are also joined by another articulate voice for digital privacy, Marta Belcher, general counsel of Protocol Labs, chairwoman of the Filecoin Foundation and special counsel to the Electronic Frontier Foundation.

Have a listen to this impassioned discussion after reading the column. I can honestly say it was one of our best.

After Afghanistan’s tragedy, a role for crypto

When Paul Vigna and I wrote “The Age of Cryptocurrency” seven years ago, its opening lines featured a tale of how the blogging platform The Film Annex had contracted some teenage women attending a digital education school in the Afghan city of Herat and was paying them in bitcoin.

Given the past week’s heart-wrenching images from Afghanistan, the story is a reminder that cryptocurrency, while no guarantee of freedom, can be an aid in the pursuit of freedom. It’s a tool for bypassing oppressive power structures and can play a small but constructive role in helping Afghan women in their religious, cultural and political struggles.

You’re reading Money Reimagined, a weekly look at the technological, economic and social events and trends that are redefining our relationship with money and transforming the global financial system. Subscribe to get the full newsletter here.

The school was part of a program led by Afghan tech entrepreneur and activist Roya Mahboob, who in 2013 had made Time Magazine’s list of the world’s 100 most influential people – at the age of 25. The Film Annex’s New York-based founder, Francesco Rulli, realized he couldn’t pay Mahboob’s students for their blogs via the legacy international financial system. In Afghanistan’s patriarchal society, a woman’s access to a bank account typically required the intermediation of a man – a father, perhaps, or a brother. So, Rulli set up bitcoin addresses for them and paid them that way.

We opened the book with that story because it seemed like a good way to highlight bitcoin’s liberating capacity to disintermediate exchanges of value between people. Banks aren’t the only intermediaries it can disrupt; it goes for anyone who exploits the existing centralized system’s dependence on trusted third parties to place themselves between the payer and the payee. In this case, the power it challenged arose from Afghanistan’s sexist socio-political context.

The Film Annex (later renamed BitLanders) was eventually disbanded, but the women’s empowerment project it helped spur went on to make waves.

Tapping her student body, Mahboob formed a team of teenage Afghan girls to compete in a U.S. robotics competition in July 2017. After they were denied visas, prompting an outcry and a congressional petition that led President Trump to intervene and clear them for the visit, they finally entered the event and won a silver medal as part of a courageous achievement award. Four months later, the same team won first prize in a competition in Estonia for a solar-powered robot that can assist poor farmers in the field. The funding for that effort was in part paid for with a bitcoin award that Mahboob had earned earlier that year at the annual Blockchain Summit on Necker Island, which is in the British Virgin Islands.

Fast forward to August 2021. Amid the Taliban’s rapid takeover of their country, fears quickly grew over the fate of the robotics team. The good news, Mahboob told me, is that after an international scramble to save them, 11 of the team had managed by Thursday to get out safely to Qatar, whose government supplied the plane to evacuate them.

Even so, with college-educated women burning their diplomas out of fear of attack from the Taliban, there are hundreds of thousands in danger. Dozens of Mahboob’s staff and educational mentors have abandoned everything they own, she said, and are trying to get access to limited seats on evacuation planes. Even if their names are added to the approved list, they still need to run the gauntlet of Taliban checkpoints seeking to block people from reaching the U.S.-controlled Kabul airport.

A role for bitcoin or stablecoins, or both?

Bitcoin does not fix this.

Still, at this moment, “Bitcoin could play a very important role,” says Mahboob.

Why? Because the imminent failure of the legacy money system is about to create a vacuum of necessity. That’s something bitcoin and other cryptocurrencies such as stablecoins are well qualified to fill.

Many bank offices have shut down. Those that are open are seeing long lines of people trying to withdraw cash while there are reports that some branches – and their cash holdings – have been seized by Taliban insurgents. There’s also speculation that the new regime will invalidate the ousted government’s bank notes and replace the money with their own, destroying people’s wealth in the process.

People need money to carry on with their lives or to fund their escape. Foreign donors are eager to get to them, but can’t do so via the banking system. In this context, transferring funds directly to a person’s bitcoin wallet seems like a no-brainer.

If Afghans must embark on an arduous and dangerous escape, at least with cryptocurrency they would have a better way to transfer whatever wealth they have across borders. In decades past, refugees from war-torn areas would deal with this problem by sewing pieces of gold into the hems of their clothes, running the risk of having them stolen by common thieves or corrupt officials. Now, they can simply load up a bitcoin address that’s personally accessible anywhere in the world.

That these options are now even possible in Afghanistan is due in no small part to the phenomenal work of Mahboob, who dedicated a decade to building digital literacy and computer education among women, laying a knowledge foundation upon which bitcoin can now be deployed to bypass the failing legacy system.

“This is why we’ve been working in high schools all these years,” she told me Thursday night. “If young people can learn about computers, they can learn about bitcoin. And now everybody wants to learn how to access bitcoin. They need to.”

(If you’d like to donate to the cause, here’s a link to Mahboob’s Digital Citizen Fund, which is set up to accept crypto.)

It cuts both ways

Remember this, though: Bitcoin is apolitical and amoral. It doesn’t care who gets the funds.

That’s relevant because guess who else would be especially interested in using bitcoin for payments and storing wealth? The Taliban.

The U.S. moved quickly this week to block the militants’ access to $7 billion in Afghan central bank reserves on account at the Federal Reserve and is preventing the International Monetary Fund from proceeding with a $400 million aid disbursement that Afghanistan was due to receive. Given the likely restrictions from other governments in Europe and by the Bank of International Settlements, the Taliban are all but cut off.

The former acting governor of the Afghan central bank, Ajmal Ahmady, estimates that the Taliban has access to no more than 0.1-0.2% of those reserves.

It’s another case of an intermediary preventing an entity from accessing what it believes to be its funds – only this time, the “victim” is an extremist regime with a violent, medieval approach to women.

Meanwhile, the Taliban is thought to derive much of its income from the illicit drug trade, with the amount of land cultivated for opium production reportedly growing to 554,000 acres from 405,000 in 2020. With all the foreign constraints on their fiat money movements, anonymously transferred bitcoin (or another cryptocurrency) may be a convenient way to monetize this crop.

For the U.S. and other Western policymakers, this would appear to present a quandary. Should they go easy on regulating bitcoin cross-border movements into Afghanistan to help desperate people escape, or should they block crypto funds to starve the Taliban?

The question could soon be moot. The so-called “travel rule” laid down by the international Financial Action Task Force (FATF) of money regulators will make it increasingly difficult to move cryptocurrencies from regulated exchanges (say, in New York) to non-custodial wallets for which there is no ID information on the user. That could pose problems for Afghan women who can’t furnish IDs to meet crypto exchanges’ know-your-customer (KYC) needs.

Yet, the desperate situation could provide an excuse for more enlightened regulators to push for a more selective approach.

Using blockchain forensic tools provided by companies like Chainalysis, law enforcement should be able to monitor high-risk, non-custodial addresses the Taliban would use. But at the same time, they can instruct regulated providers to give a green light to transfers – either in bitcoin or in stablecoins – to addresses controlled by KYC-ed not-for-profit organizations even if they can’t identify the owners of the smaller, low-risk addresses to which the funds are ultimately disbursed.

If ever there were a moment to ease the flow of digital money, it’s this one.

“We are not giving up on Afghanistan,” said Mahboob. “These are very challenging, very difficult times, but we have to go down this route. Everyone deserves access to education, to technology, to digital currency. Everyone has a right to pursue their dreams.”

Off the Charts: Inactivity

After the doldrums of the late spring and early summer, the past month’s partial recovery in the bitcoin price has been welcomed by investors.

But many of them are still sitting on the sidelines. So says this chart on active addresses based on data from Glassnode.

The recent rise in the yellow line shows the recovery in the bitcoin price, which as of press time was at $48,343, its highest level in a month. But it hasn’t been met by a significant increase in active bitcoin addresses, which remain more or less around levels from the spring of 2020.

One explanation could be that the latest rally is being driven by the return of the “whales,” large accounts whose heavy expenditures have greater influence on price, while retail investors, who jumped on the bandwagon as bitcoin went from $10,000 in December to an all-time high of $64,888.99 in April, are for now disinterested. It remains to be seen whether those who lost money in the downturn in April and May are feeling once-bitten-twice-shy or whether they’re prepared to jump in if the gains start going hockey stick again.