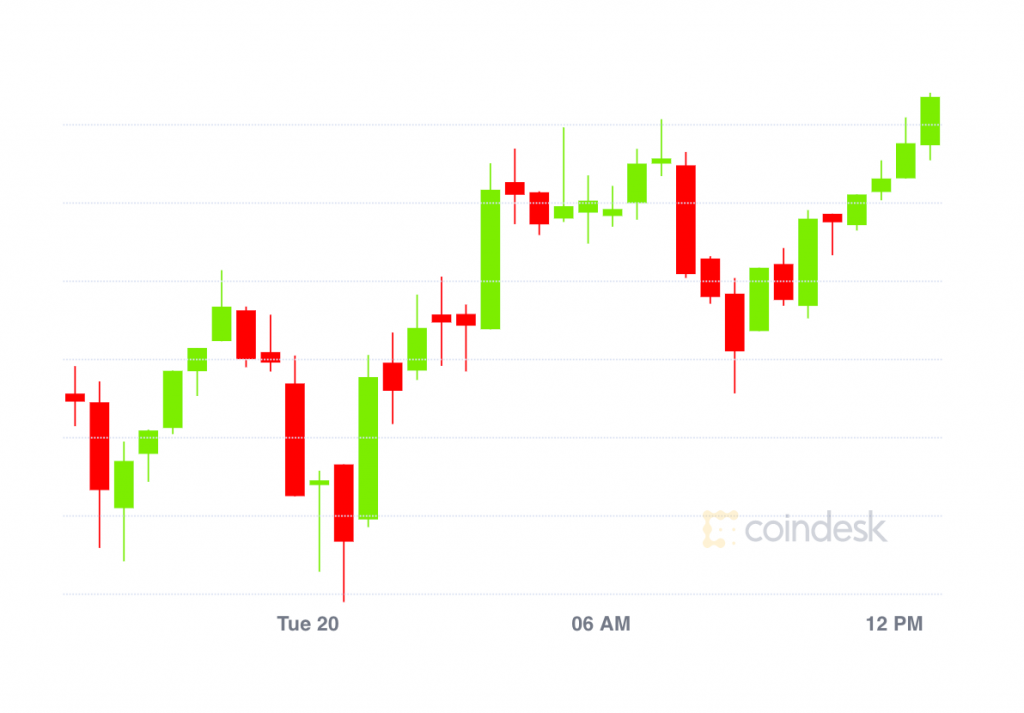 Despite going as high as $56,574 to as low as $53,780 over the past 24 hours, bitcoin’s price is relatively sideways since 0:00 UTC on Tuesday (8 p.m. ET Monday). It’s a respite for a market that saw a deep dive during the weekend as record-high action in the derivatives market saw the price of the world’s oldest cryptocurrency drop to $53,787 according to CoinDesk 20 data.

Katie Stockon, a technical analyst for research firm Fairlead Strategies, noted in her weekly outlook that the bitcoin market is in a “risk-off” mode, meaning investors could be pushing the sell button to move into other assets such as cash.

“There are indications that this week will see downturns in our short-term gauges,” Stockton noted. “For one, risk-off positioning has become evident on the sector front in assets like gold and bitcoin.”

In the derivatives market, bitcoin funding rates, reflecting what traders pay for leverage on positions, slid to 14 basis points on Monday. That’s the lowest in almost a month, according to data aggregator Glassnode.

That means market interest in bull-oriented leveraged plays has evaporated. The lowest in the past month was 5 basis points March 26. Traders are waiting to see if the figure will get to that point.

“Still looks bullish to me – breaking $38,000 or so would make me a bit more nervous,” Van Huis told CoinDesk.

It is clear, however, that traders are rotating out of other crypto assets and into ETH.

Ether’s market dominance Tuesday, a measure of its share of the larger crypto ecosystem, was up 3.6% today as of press time and at 13.1% overall according to charting provider TradingView.

After jumping over 19% Monday, the canine-oriented meme cryptocurrency dogecoin (DOGE) was in the red 16.2% as of press time, according to CoinDesk 20 data. Enthusiasts were expected to rally the price Tuesday for “Dogeday”. However, dogecoin’s cryptocurrency’s volatility is more of a story than its price Tuesday, according to Greg Magadini, CEO of derivatives data provider Genesis Volatility.

However, dogecoin is significantly more liquid than those two assets, Magadini noted, meaning there are a lot more traders and investors betting on DOGE’s spot price.

“The difference with dogecoin and these other [altcoins] is DOGE actually has a sizable market cap, so this volatility is much more significant,” Magadini told CoinDesk.

Dogecoin’s market capitalization ranks sixth overall among cryptocurrencies at around $46 billion, according to data aggregator CoinGecko. ZIL and VGX combined only make up about $3 billion.

Read More: Buying Dogecoin on 4/20? 3 Things You Need to Consider