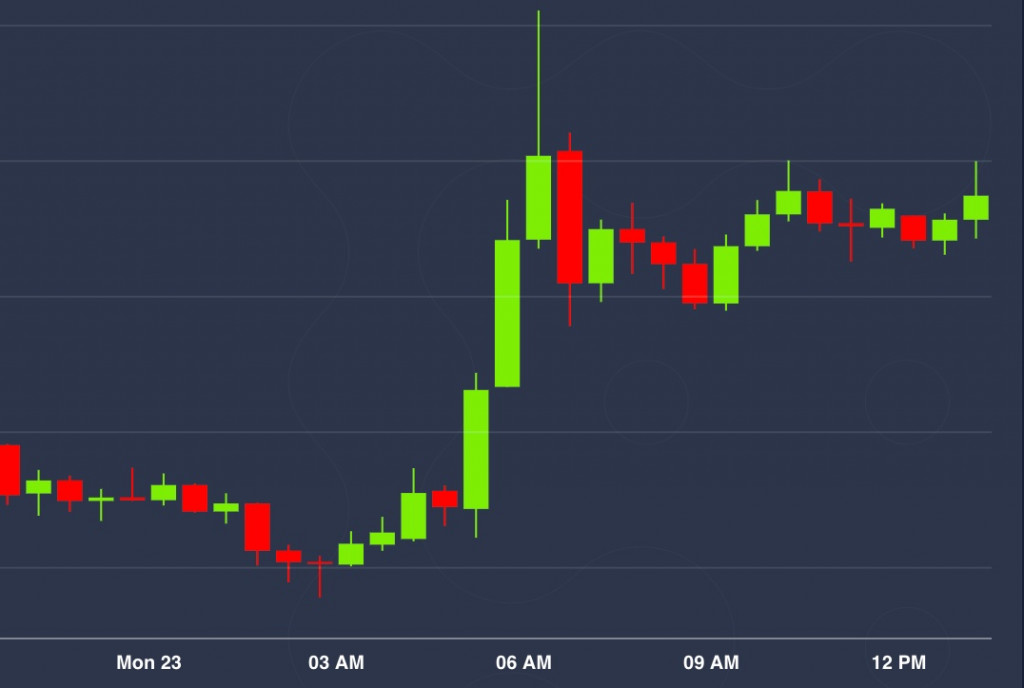 Gold is up Monday and so are most cryptocurrencies, seemingly buoyed by the U.S. Federal Reserve’s drastic quantitative easing action to thwart the coronavirus’ effects on markets and the economy.

Crypto asset performances to note on the day include bitcoin cash (BCH) up 13 percent, litecoin (LTC) in the green 7 percent and bitcoin SV (BSV) up 6 percent. The only asset down in the dumps on CoinDesk’s asset board today is Decred, down less than a percent.

The Fed’s announcement of open-ended asset purchases plus $300 billion in emergency lending programs to stave off further economic downfall coincided with a boost in crypto and gold prices. The yellow metal is up 3 percent as of 20:30 UTC. However, the central bank’s move wasn’t enough to stop the S&P 500’s continued downward slide. It was down 2 percent as of 20:30 UTC. The S&P 500 is at 2016 levels, erasing nearly four years of gains.

“It is increasingly likely that volatility and uncertainty associated with the coronavirus pandemic continue to increase in the near term across the global financial markets, as we have seen throughout March,” said Dan Zuller, partner at crypto research firm Vision Hill.

The U.S. is in the midst of an unprecedented economic halt, with no end in sight. The state of New York has been among those hit hardest, according to Centers for Disease Control data.

See also: Bitcoin: A Global Port in a Market Storm?

“As the Fed implements more programs to backstop the financial system, such as this morning’s announcement of them buying corporate bonds and agency MBS [mortgage-backed securities], we will see the pressure ease on bitcoin and gold from the collateral selling/leverage unwind side,” said Siddhartha Jha, founder of Arbol, a blockchain-based weather insurance platform.

“The price to pay is inflation in the long run. Inflation expectations are popping and the long end of the treasuries (sic) curve is already pricing it in,” economist and trader Alex Kruger noted in a tweet.

It remains to be seen how government measures will affect inflation rates going forward, but it could make investors look towards alternative asset classes such as cryptocurrencies or gold. Yet, these assets still might not be what people want since a shock to the system can cause people to sell assets for cash to stuff in a mattress.

Jha, a former Wall Street analyst now focused on crypto with his startup Arbol, recalls the previous financial crisis vividly, and has a key insight of the days before crypto. “In 2008, as I was in the midst of the crisis at JPMorgan’s interest rates desk, goId was expected to provide safety but collapsed around the Lehman Brothers bankruptcy,” he said.