Investors Crawl Back to Ethereum Funds as Bitcoin Outflows Rise 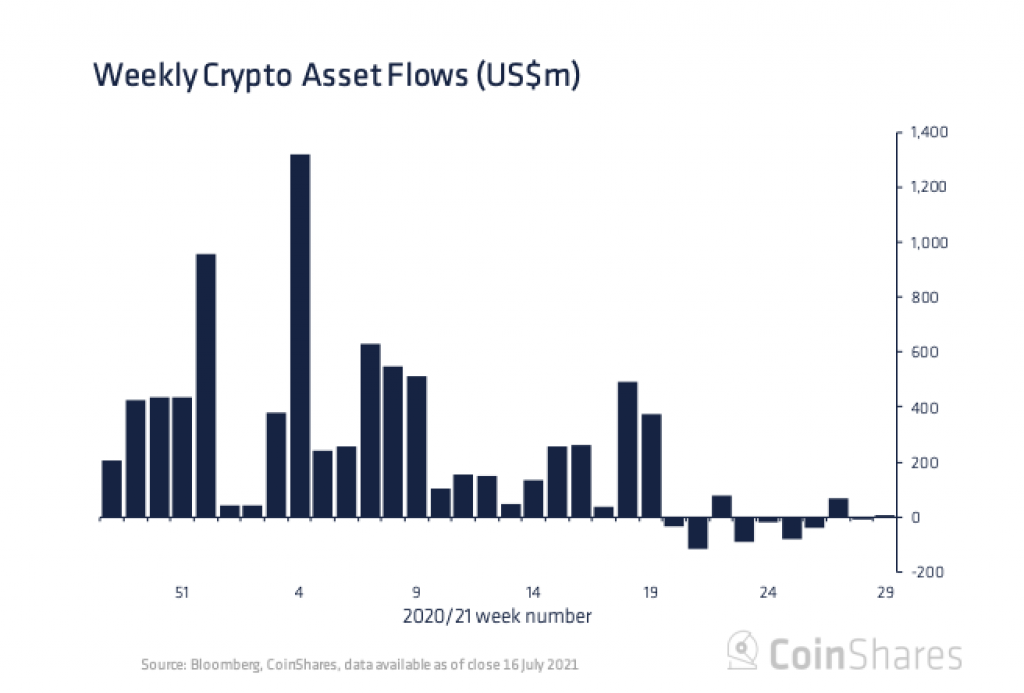 Digital-asset funds have attracted capital over the past two weeks, albeit at a slower pace as investors remain cautious after the crypto crash in May. It appears that investors are warming up to Ethereum (ETH) products, which saw a third consecutive week of inflows totaling $11.7 million, according to a report by CoinShares.

Overall, net inflows to digital asset funds totaled $2.9 million for the week ending July 9, down from $4 million during the previous week. Fund flows have weakened following a period of strong investor demand during bitcoin’s rally in Q4 2020.