Huobi and OKEx Battle for Supremacy in China 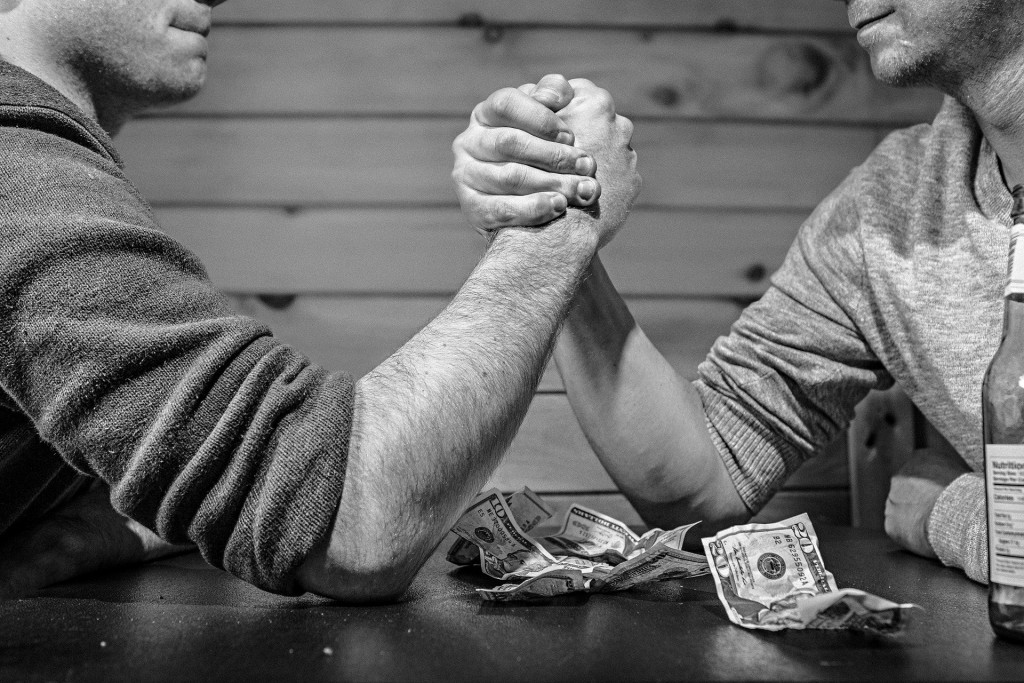 Cryptocurrency exchange Huobi is taking aim at competitor OKEx in China, specifically the business of trading bitcoin futures and other derivatives contracts. The fight opens a new front in a longstanding rivalry.

OKEx, which is led by Chinese executives and based in Malta, is the world’s biggest crypto derivatives exchange, with outstanding contracts valued at $1.26 billion, according to the data site CoinGecko. Huobi, also led by Chinese brass but based in Seychelles is close behind, tied for second place with another exchange, BitMEX, at $1.25 billion.

In a report this month, Huobi said it has “managed to push new boundaries against other well-established exchanges when it comes to futures trading volume.” Huobi is already beating OKEx in a few market segments, according to the report, including “coin-margined futures” – where traders can post their initial down payment, known as margin, using cryptocurrencies. Huobi claims to also regularly beat OKEx in weekly and quarterly bitcoin futures contracts.

“Before Huobi launched its futures contract in December 2018, OKEx had the largest market share of the world,” Ciara Sun, vice president of Huobi Global Markets, told CoinDesk in a Telegram message. “Huobi Futures always looks up to the best of the market.”

The battle for supremacy in cryptocurrency futures – and China – adds to the tension between the two exchanges, which have been at loggerheads at least since 2018, when then-OKEx CEO Chris Lee defected to Huobi to become vice president of global business development.

OKEx CEO Jay Hao, in a company update in March, called Huobi “our doppelgänger,” insisted “imitation was the sincerest form of flattery” and said he “would like to think that Huobi was able to withstand this market volatility by following our footsteps.”

Last week, Hao told CoinDesk in a Telegram chat: “At OKEx, we seldom judge or compare our performance with our peers” because the competition is not easily “defined simply with data or certain metrics.”

Chinese crypto markets are big, lucrative and up for grabs

Experts on China’s often-murky cryptocurrency markets say the rivalry between the two exchanges likely stems from the fight for customers in the world’s second-largest economy.

“There’s a natural friction between OKEx and Huobi,” Matthew Graham, chief executive officer of Beijing-based crypto consultancy Sino Global Capital, told CoinDesk in an email. “While they have both pushed to enlarge their international footprints, they still prioritize their Chinese user base.”

China has been pushing to become a global leader in blockchain, in what some observers say could become a hotspot in an emerging cold war between the country and the U.S. for technological supremacy. Chinese banks are already testing a digital version of its national currency, the yuan, while American officials have said they’re merely studying a digital dollar.

Read more: More Than 95% of Crypto Futures Volume Is in Asia: Report

Under the current rules, Chinese exchanges can’t technically sell cryptocurrencies for yuan, and there has been a crackdown from authorities. But many residents in the country buy bitcoin (BTC) or dollar-linked stablecoins like tether (USDT) from over-the-counter brokers, then use those tokens for trading, according to an Aug. 20 report from Chainalysis. The report called the East Asia region the world’s biggest cryptocurrency market, accounting for 31% of all transactions in the past 12 months.

“By using tether as a fiat stand-in instead of, say, bitcoin, traders can lock in gains without off-ramping into fiat by simply converting other currencies into tether and leaving the tether in their wallet or exchange account,” Chainalysis wrote.

According to Graham, the friction between the two exchanges has only intensified as they fight to obtain a more favored position with the Chinese government.

On that count, Huobi might be one move ahead of OKEx: The Chinese branch of Huobi has joined the Blockchain-Based Service Network (BSN) Development Alliance, which aims to be one of the most influential infrastructure services providers in the country.

“Is there room for two crypto-focused exchanges at the table?” Graham said. “We aren’t certain. But if there’s only one position, that position is highly coveted by both OKEx and Huobi.”

Officially, Huobi doesn’t even acknowledge the Chinese cryptocurrency market exists: “There is not a market in China. That is not legal,” Sun said.

According to the website tracker, Huobi appears to be getting nearly a third of its website traffic from Chinese visitors, versus 14% for OKEx.

“We don’t know the exact trading volume being done in China, unfortunately, but we can see bitcoin flow changes when the Chinese government announces something,” says Ki Young Ju, CEO of the Korean blockchain data tracker CryptQuant.

The regional turf war between Huobi and OKEx now serves as a backdrop in their competition for more futures-trading business.

“Huobi has managed to push new boundaries against other well-established exchanges when it comes to futures trading volume,” according to the company’s Aug. 14 report.

The exchange says it’s also beating OKEx on “market depth,” a gauge of how many buy and sell orders are waiting at any given price point.

Customers are seeing at least one benefit from the feud: more choices. Huobi announced in July it will launch bitcoin option trading in the third quarter, while OKEx said around the same time it has added three more expiration dates – daily, two-day and monthly – to its options-trading suite.

Dovey Wan, a partner at crypto asset investment fund Primitive Ventures, told CoinDesk in a Twitter direct message the squabble reminds her of the way Chinese tech giants vie for dominance in the domestic market.

“It’s like Alibaba and Tencent never fight Google and Facebook,” said Wan, who also serves as a member of CoinDesk’s advisory board. “But they fight bitterly in China.”