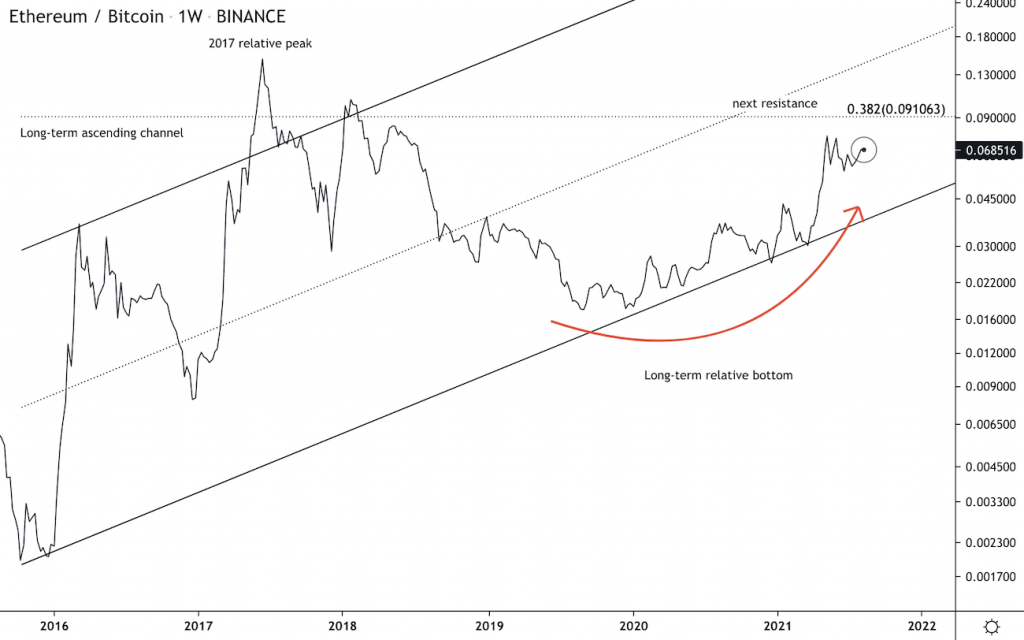 Ether (ETH) broke out of a two month consolidation relative to bitcoin (BTC) last week. The ETH/BTC ratio is holding support above 0.05 and could face initial resistance near 0.08.

Ether’s outperformance could signal growing interest beyond bitcoin given the appeal of decentralized finance (DeFi) and the Ethereum blockchain’s latest network update known as the London hard fork.

The chart below shows ETH/BTC’s long-term ascending channel, which provided strong support over the past two years.

Despite ether’s underperformance relative to bitcoin during the 2018 crypto bear market, the second largest cryptocurrency has maintained an uptrend that began in 2016.